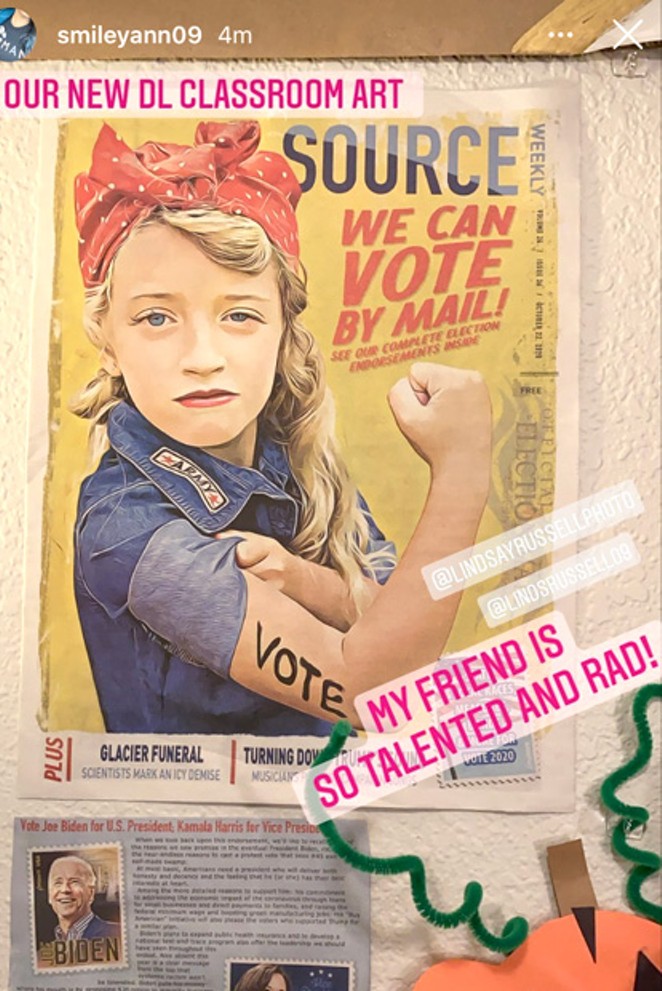 If there was any "conspiracy" afoot this week, it may have been on the part of national media, compelling us to refresh our browsers every few minutes to get up-to-date electoral college numbers. I kid.

But now that Election Day has passed and the vast majority of candidates know where they landed (hey, sorry, Georgia!), we, like many journalists and news outlets, will continue our work of scouting out news, rooting out fact from fiction—and holding our governments accountable. This work is what we do, day in and day out, no matter who won or lost, or who we personally supported or did not. We look forward to seeing what our new local leaders will accomplish, yet all the while, reporting the facts and going deeper into the stories Central Oregonians are talking about. This remains among our top priorities as a newsroom. So, what's next, Central Oregon?

RE: Will This Be the Most Progressive City Council in Bend History?

Mayor Sally Russell may believe that she was a "progressive" in 2012, but many of us realized soon after that election that this was just campaign rhetoric by a moderate with conservative leanings. Not as right wing as Councilor Bill Mosley, mind you, which is why some of us voted for her as Mayor two years ago.

Come January Russell will be the sole conservative on the City Council. Six progressive Councilors elected this year and in 2018 won their seats by significant margins—defeating candidates with gobs of money from special interests.

The will of the voters is clear. If Mayor Russell is to be the leader she yearns so much to be she needs to do a lot more than "looking forward to seeing how they [the newly-elected Councilors] plan to accomplish [their] goals." She needs to embrace these goals just as the overwhelming majority of Bend voters did in the November 3 election. Otherwise, she runs the risk of being irrelevant.

And—speaking of those special interest dollars—if I were a member of the Chamber of Commerce, the Central Oregon Association of Realtors or the Central Oregon Builders Association who voluntarily contributed to my organization's PAC (political action committee), I'd want some accountability. These three PACs have contributed hundreds of thousands of dollars to five losing candidates in the past two Council elections. Imagine what good deeds could have been done in Bend with all that money they pissed away.

Congratulations to our President-elect Joe Biden and our Vice President-elect Kamala Harris on their comfortable, convincing victory over the truly terrible, corrupt racist Republican Trump-Pence ticket. America is back, and diabolical Donald Trump is done!

Like usual, dishonest Donald Trump and his dishonorable, dimwitted sycophants are lying nonstop to the American public, but fortunately a majority of Americans are nowhere near as delusional as Donald Trump. Biden-Harris won easily, and anyone not suffering from brain damage (or fascist brainwashing) is well aware of the fact that Democrats Joe Biden & Kamala Harris won.

But deranged Donald Trump continues to whine, cry, complain and compulsively lie to the point where the vast majority of Americans are just laughing at him. Traitor Trump is a plump chump who can't stop lying, yet defeated Donald feigns outrage at not being believed. Donald, you're a fool!

And more importantly, Donald Trump is now and will forever hereafter be known as America's biggest loser and laughable liar. Oh yeah & by the way, enjoy prison, Trump!

I truly believe the negative ads that Cheri Helt mailed out hurt her. We have enough divide in our country and I thought it extremely inappropriate of her running that type of campaign. I received 32 colorful card stock campaign cards from her campaign in my mailbox and 75% were negative towards Jason Kropf. It made me so angry and because of this I actually called and wrote to her campaign to get off her mailing list. We need positivity in our world. Congratulations Jason!!! Our family is happy for you.

Jubelale Art for the Birds

Each winter I enjoy Deschutes Brewery's Jubelale — both the beer and the label art. For 2020, Portland-based artist Eric Nyffeler presents a snowy ponderosa forest beneath Mt. Bachelor's moonlit slopes. And in the foreground is a flock of red songbirds with perky red caps... Wait! are those Northern Cardinals?

Whoops. The cardinal is not an Oregon species, not even listed as rare in Burrows and Gilligan's Birds of Oregon. What's going on here? Mr. Nyffeler grew up in Nebraska, where cardinals are common. Maybe he thought, "I need a splash of color in this wintry landscape. Hey, how 'bout some of those cute red birds from back home?"

Okay, Eric. We're all in this together. We all love snow, good beer, and songbirds. And Nebraska and Oregon share the Western Meadowlark as our state bird. But before creating your landscape, why not check with the East Cascades Audubon Society—or with the Source's own Jim Anderson—to find out which birds live in our winter woods?

But that's life in a tourist destination. Let's imagine a flock of our Mountain Chickadees, Pygmy Nuthatches, and Oregon Juncos driving up Bond Street in their beat-up Subaru, and getting stuck behind a lifestyle van with Nebraska plates. "Hey, you guys in the red caps!" they'd chirp. "Move it!"

Thanks for the chuckle, Dorothy. Come on in for your gift card to Palate! But for those impatient locals driving up Bond Street: Wait your turn!