At the start of the pandemic, the over-arching message shared by everyone from neighbors to government agencies was, "We're all in this together." Keep Calm and Carry On, a popular British slogan during WWII, was trotted out once again, in hopes of staving off panic. Those messages of solidarity and unity slowly went by the wayside as spring turned to summer and the election season ramped into high gear. 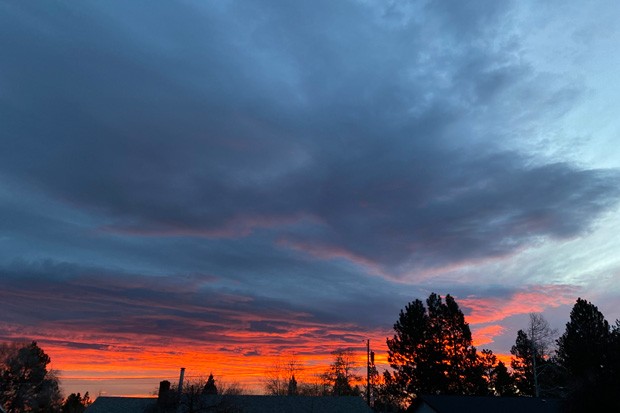 Now, with yet another shutdown of businesses upon us in Oregon, I say it's high time once again to bring out the messages of support, and to once again turn to the notion of mutual aid. The needs of our community didn't subside during the warm months—even while the balm of summer softened some of the edges of our uncertainty and unease.

What can we do now to help someone less fortunate? How can we foster a spirit of togetherness, as we remain distant? How can we help to shore up the many businesses—and workers—who will struggle under the weight of what we now face? These are big, glaring and difficult questions—ones that cause us to look inward as well as outward. It is not trite to say once again that we are all in this together. I, for one, just hope that we also act like we are.

Outrage followed Governor Brown's recent restrictions on some of Oregon's business sector and social gatherings.  While some point blame at state leadership for this unwanted mandate, we have ourselves to blame for a somewhat failed experiment in re-opening some sectors too soon.

Countless people are wearing face coverings and creating physical distance, particularly outdoors. Walking into a restaurant for a restroom, from the relative "safety" of an outside dining area, however, can be an entirely different scene. Groups of mask-less patrons standing close at the bar, shouting over a televised game. Diners clustered at tables, removing their masks once seated, remaining mask-less for the duration of their visit. A medical assistant taking your blood pressure as they tell you about the Halloween party they went to. These same folk go home, go to work, and go to other social gatherings.

It's easy to cry foul, claiming we're penalizing specific businesses and activities, when we can't see direct evidence of spread from patrons or employees. We know indoor spread of the virus is real. Until we implement patron sign-in and contact tracing at all hospitality venues, we won't know specifically how customer and employee behaviors foment community virus spread.  Perhaps a two-week freeze isn't too much to endure, given the damage already done, the many sacrifices already made, and an alarming surge of COVID-19 infections.

The takeaway from Jake Pickering's letter is that over 70 million of his fellow countryman's voters are racist, dishonerable and dishonest. He used another 11 or 12 negative adjectives to describe President Trump and his followers. As a moderate Independent voter, I would appreciate the opportunity to address a few.

First, racist probably stems mostly from the fact that President Trump tried to stem the flow of illegal immigration, something most polls say U.S. citizens support. He also blocked immigrants from China when the virus was discovered to have originated from there. Trump was accused early on of having colluded with Russia. Recent Senate hearings have shown that Hillary Clinton's campaign was able to float this untruth in order to distract the public from her email scandal. She was hugely successful and the Democrats were able to use the distraction to their advantage for three years of Trump's presidency.

Finally, I suggest people study the allegations now being brought against Vice President Biden; that he colluded through his son Hunter with Communist China which benefitted his family financially. This is assuming that those who dislike President Trump are fair minded and are willing to apply the rule of law equally to all political parties.

The permanent homeless camp off Cooley is a bad idea, and our lawmakers are not answering questions about how they plan to keep us safe. I live on the border of the proposed camp at Cooley Road & Ranch Village Drive. Recently there was a homeless man walking down Cooley Road wearing no pants or underwear in the middle of the day, walking past Lava Ridge Elementary and Sky View Middle School. Two of my adjoining neighbors have had their houses broken into. Petty theft in our neighborhood has increased. There was an interview with a woman living in the Juniper Ridge desert: her son is a convicted child sexual predator living in Juniper Ridge in a trailer. It is not acceptable, and likely not legal, to provide a permanent homeless camp to child sexual predators so close to two schools according to ORS 144.642. I have many unanswered questions; Are there plans for background checks of residents of the permanent camp? Have they conducted crime assessments of local neighborhoods? Will there be notification to the adjacent neighborhoods of child sexual predators? How about other violent criminals? What other locations are being considered? How are they planning to protect our children? I begged the city council and the police chief to seriously ask themselves if they would agree to put a permanent homeless camp in their own backyard. I have not received a response to two separate emails.

Give Thanks by Setting a Humane Table

Thanksgiving will look a lot different this year – roughly eight in 10 hosts are planning on setting a table for just their immediate families or households, according to a recently conducted survey. Despite the unprecedented circumstances, Americans will still come together around dinner tables to give thanks for our many blessings.

This Thanksgiving, we should all be especially thankful of the farmers and ranchers who have worked tirelessly during the ongoing coronavirus pandemic to ensure that America's grocery store shelves are laden with food that is delicious, affordable and humanely raised.

For those grocery shopping this holiday season, remember to look for food that was humanely raised and verified by an independent, third-party certification program by looking for "American Humane Certified" on the product label. Farmers and ranchers who go above and beyond to do right by the animals in their care deserve our applause and our gratitude.

RE: In Deschutes County, Phil Chang Wins, New Pot Farms Get the Boot News, 11/3, via bendsource.com

Phil Chang is a very thoughtful and precise individual. His addition as a county commissioner is a positive one.

The re-election of Sheriff Shane Nelson is a prudent one by the voters. Nelson's ongoing efforts to collaborate and partner with those involved in mental health matters, black market MJ grows, the impending Veterans Village co-located with the Public Safety Campus, and social justice activists such as the Central Oregon Black Leadership Assembly (nonprofit status) are crucial.

RESPECT to our veterans and their families this Veterans Day holiday!

Greg: Thanks for your letter. Come on by for your gift card to Palate!