A fellow Oregon journalist recently created a hilarious "Bingo" game filled with all the common phrases heard at any one of the many coronavirus briefings hosted by the governor and state health officials. One of the phrases heard, in different iterations at recent press conferences, involves officials telling the public what they're doing for Thanksgiving Day—typically involving tales of small, intimate gatherings without the usual fanfare. If we can't glean some humor from the seemingly endless press conferences journalists have had to attend during this pandemic, then all is lost, I think. I won't trouble you with yet another tale of how I am spending my own Thanksgiving Day, but I do hope you, readers, have a welcome day off to reflect and refresh. 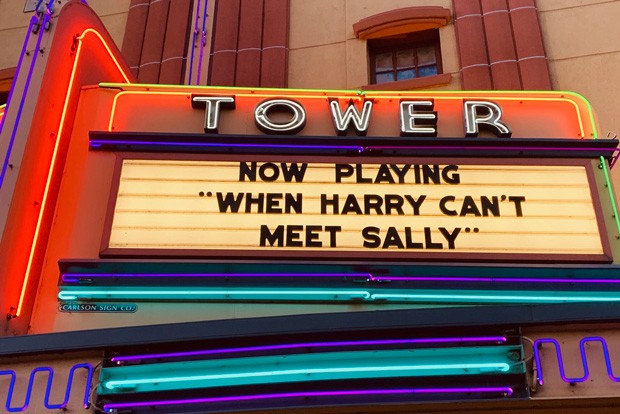 The day always gets me thinking about the ongoing acknowledgements we can direct toward those who traditionally occupied these lands. In 2020, with so much renewed conversation around racial justice, it seems all the more fitting to ponder this topic and to learn more about the lands upon which we live.

The Warm Springs, Northern Paiute, Wasco and Klamath tribal communities are among those on whose ancestral lands Bend and other Central Oregon towns sit. Oregon State University offers a helpful map and primer on land acknowledgement on its website, for those wanting to learn more. Find it at: guides.library.oregonstate.edu/land-acknowledgments/oregon

The Alzheimer's Association marks these events by recognizing the more than 16 million family members and friends across the U.S.—including 188,000 in Oregon—who are currently caring for a person living with Alzheimer's.

I have been involved with the Central Oregon Walk To End Alzheimer's as a volunteer leader for the past three walk years. I am dedicated to having a world without Alzheimer's because I don't want future generations having to deal with this hideous disease. My father, who suffered from dementia passed away in August of this year and we are still reeling from his passing. Alzheimer's needs to be eradicated so that other families do not need to endure the ravages of Alzheimer's and other forms of dementia.

In recent years Congress has made funding Alzheimer's and dementia research a priority and it must continue. It is my hope that Senators Wyden and Merkley and our area congressional representatives will continue to support an increase in Alzheimer's research funding at the National Institutes of Health.

During these challenging times—and always—the Alzheimer's Association offers help and support for caregivers and the general public online and on the phone. Visit alz.org or call the 24/7 Helpline at 800.272.3900 for more information.

The Bend Bulletin continues to propagate racism and hate by printing letters to the editor that contain racist terminology. On 22 October an editorial outlined that the racist term "China Virus" is acceptable, and not racist, based on previous viruses' names such as the "Spanish Flu."

The author clearly missed the background of the 1918 H1N1 flu as it started in Kansas—that's right here in the United States. From there, the U.S. spread the virus throughout the world by sending infected imperialist troops to Europe in 1918 where the virus was spread through soldiers living in close, unsanitary conditions on the fronts. The U.S. media downplayed reports of this devastating flu, while the Spanish media reported what was happening. Thus, the term "Spanish Flu." The 1918 H1N1 flu started the same place many other modern global tragedies do, right here in the United States. If virus naming is to be based on past precedence, clearly COVID-19 should be referred to as the "American Virus."

Second, arguing it's OK to use racist terms in reference to a virus is akin to saying racial slurs towards minority populations are OK because those terms were also used in the past. A few other things were also prevalent in the past: minority populations forced into bondage, illegally deported en masse and humiliated on a daily basis by being denied access to "white" bathrooms, services and schools by those advocating and creating the racial slurs. Terrifyingly, these are all still prevalent today.

This is all the more reason that we all, the Bend Bulletin included, stop allowing this kind of racist language to be used or printed. Using this type of language to describe humans is not OK, and it is not OK to be used to describe a virus, either.

For a timeline of the 1918 H1N1 flu visit: cdc.gov/flu/pandemic-resources/1918-commemoration/pandemic-timeline-1918.htm

Recently our County Commissioners are requesting that restaurants/bars be allowed to open. I don't want us to open anything at this time. I understand the economic concerns, but there's more to the picture. The holiday season is upon us, which for Bend means people are coming into town from all over the place. The CDC is discouraging travel, but people aren't listening, let alone celebrating with people outside of their household. I'm hearing people bragging about family coming into town and even having 20 people in their homes.

Here's the deal—you have your family event and then people hang out after the holiday to take in Bend. If restaurants and bars are open—guess what, that's where they will go. So many of these people are from out of town and who knows who they have had contact with, especially if they are coming from the Portland area. This should be concerning to all. Some of the outbreaks that have occurred is due to people letting their guard down...now is not the time.

So that being said, we need to hold tight until our virus numbers go down and a vaccine is available which is right around the corner. No openings over Christmas as well. We need to be looking at what celebrating with our loved ones in 2021 will look like.

RE: Nine Months into the Pandemic, It's Time to Restore Representative Governance, Opinion, 11/19

This editorial is not without some merit. However, if we want to save lives, listen to the doctors, not businesses. Businesses had six months to weigh in and offer changes, was this recent lock down truly a surprise to anyone? Unfortunately, the biggest challenge to your perspective is that Republican legislators have taken to a regular habit of walking out of Salem if they don't get their way. Perhaps that is a better starting point for fixing the system?

A valid point about the breakdown of the democratic process in Salem, Erik. Thanks for writing in, and come on by for your gift card to Palate!