Without the usual familial requirement to spend all waking hours of Christmas with a gaggle of over-sugared family members, my nuclear unit, aka my safe COVID pod, (consisting of two family members) has decided to go skiing. Do the fellow snow riders reading this feel like they've scored the jackpot when they manage to get a ski parking pass for the day they'd hoped to get one? Since my nuclear unit of two is technically still allowed to hug and high-five, we did just that when we managed to get the coveted parking. Like those hilarious videos that show a "mid-pandemic" person trying to explain what it's like right now to their "pre-pandemic" selves, I picture how weird our family would have found it in 2019 to know that we would be high-fiving about something as mundane as parking in 2020. 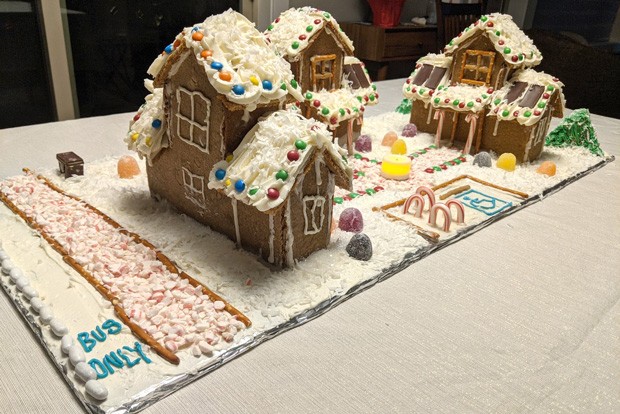 From the entire Source team to you, readers, we hope you have a joyous holiday. We now have a vaccine, and we've passed the longest night of the year, so things are getting brighter, indeed!

Here at Worthy Brewing, we believe in Earth first, Beer second. Without the pristine waters here in Oregon we know and love, our beer would not exist. And without the endless beauty of the wild places all around us, we would not have chosen Oregon as our home. We are lucky to live here, and to have representatives in Congress who share our same values and work so hard to protect our wild spaces.


Right now, Congress has one last shot to pass a fantastic bill that would go a long way to protecting some incredible lands in this state. The Malheur Community Empowerment for Owyhee Act (S. 2828), a bill that came together through a ground-up collaboration between diverse community stakeholders, would not only protect the Owyhee Canyonlands from ruination, but would also provide economic opportunity to rural Malheur County at a time when it is needed most.

Under the Obama Administration, this special place was considered for a monument designation. Since that time, the community has come together to support a collaboratively developed bill instead. I hope our representatives make one final push to get this important legislation across the finish line, both for those who live in Malheur County, as well as those like myself who love the beer and the outdoors that make our home state so special.

A recent editorial in The Bulletin spoke of "the striking change over the past years in the decline of expulsions." It also spoke of suspensions.


I am a retired school administrator and have served on two school boards. I think that the general public is not aware of the differences between these two types of disciplines. First, an expulsion is the worst offense which a student can commit. It involves assault, carrying a weapon on campus, etc. If found to be guilty of these, a student is not permitted to attend any school in the district, but an alternative educational plan must be offered.

Suspensions, on the other hand, are for minor infractions such as talking back to a teacher, disrupting a classroom, etc. It can be for up to five days or less. Generally, the student may be sent to an "in-house" suspension rather than being sent home.

The issue of these offenses involving special ed. students is more complicated as they are under an Individual Education Plan (or IEP) and the offense has to be handled in a different way.

I think that the District is doing the right thing in seeking funds for a public health specialist in each high school, but there are problems in middle schools that need attention as well.

I urge the Deschutes County Commissioners to rethink the $170,000 asked by the school district for the specialists. It needs to approve the funds.

What Bend (and many other places) needs is an official way to reward/incentivize home sellers for prioritizing locals (looking to buy) who have lived here and contributed to the economy and community for a longer period. I'm tired of my offers getting outbid by 25-50K higher cash offers from out of town/out of state buyers. Of course it's frustrating to not be able to afford rent for an apartment here...and also frustrating to finally be ready to buy our first house after working really hard here in Bend for many years and still be priced out. Capitalism needs a conscience for sure.

No consideration for the neighbors and traffic flow. The impact of traffic in my neighborhood is HUGE...200 more cars going out Ponderosa and then trying to turn onto Brookswood is going to be insane!

RE: Getting Educators Vaccinated Early is a Path to Speedier Recovery, Opinion, 12/17

I think this should happen. Children not being able to go to school has been in my opinion one of the worst parts of this pandemic. It would restore normalcy faster than anything to open the schools.

The people that generate your electricity have been going to work every day since the pandemic began. We've had to work months straight to cover the shifts of out sick coworkers. Electricity production is the quintessential essential service, you can't shelter in place or operate a hospital without electricity. Operating a large power generation facility requires a constant physical presence.

Thane: Thanks for the important work you do. Let us keep you "energized" by offering you the Letter-of-the-Week gift card from Palate. Come on by to grab it!