The Christmas Tree That Almost Killed Us, Bend Police Testing Body Cams, and Tilting-at-Windmills is Not What Deschutes County—or Congressional District 2—Needs.

Perhaps I'd fallen prey to the adage, "can't see the forest for the trees." Or perhaps another saying, "drinking from a firehose," was more accurate. Whatever analogy one might choose to apply to this past year, it's been a doozy—and when I set out to compile our Top 10 news stories of the year, I had no idea the effect it would have on me to see those stories assembled—a sweet, sad, heart-wrenching, mind-busting reminder of the year we have just been through, as community members and Americans, and as a newsroom. 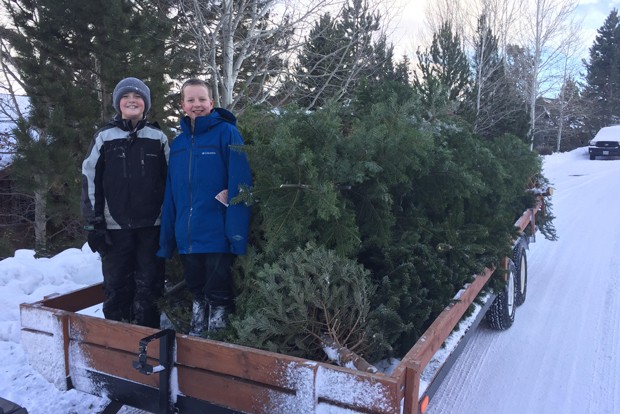 I'm incredibly proud of the work this team has done this year, telling the tales of nurses moved to the frontlines and intubating patients, seeing the advent of new groups dedicated to racial justice and bearing witness to the tragedy of Oregon's wildfires, to mention just a few of the stories. Seeing them all amassed hit me hard, reminding me of our immense capacity as humans to rise to challenges and adapt, to support one another, and in the spirit of our flawed and beautiful American experiment, to peaceably assemble and to petition our government for the redress of grievances. It's more than time to turn the page on 2020, but for just one more moment, let's look back with rebirth and resilience in mind.

RE: The Christmas Tree That Almost Killed Us. News, 12/17

Poor use of words, they definitely were not in the wilderness. There are no roads and no motorized travel allowed in designated wilderness areas. It's important to know the designation of the land you're on, determines how soon SAR services can be there, or even if they can reach you at all.


All that aside, this is an important lesson to learn. A shovel, blanket, candle, rations, and air down tool are the bare minimum if you are traveling on snowy roads. They probably would not have gotten stuck if they had aired down at all.

Glad everyone was safe and a big thank you to the SAR team.

Thank you for sharing this VERY valuable reminder to CHECK YOU ARE PREPARED for the area you travel to. I'm going to go do that right now before my wife and I travel up to enjoy the Cascades this weekend. Thank goodness we have a Search and Rescue organization in Deschutes County.

Glad y'all made it home safe, hopefully embarrassed (and wiser) now.

I grew up in Oregon 0=30 years old moved to the south (Arkansas) 20 years ago and to this day I still carry an emergency bag. Chains shovel food water blankets etc, etc...

Prineville PD and Crook County SO have incorporated the technology for years now.


Bend PD was held back for years in doing so by its now retired chief Jim Porter. And the City Council (Bend) not feeling such a safeguard for All Involved was a budget priority.

Local Media continues to fail to describe the full financial investment and technology required outside of just the appropriate camera system. And mention how the video images protect the officers as much as the Public.

RE: Tilting-at-Windmills is Not What Deschutes County—or Congressional District 2—Needs, Opinion, 12/17

Clearly, the county commissioners appear to have not done the fiscal impact review on their measure or obfuscated the impact to appease rural voters. Deschutes County will suffer a fiscal loss of much needed funds.

As for the newly elected Congress Representative trying to make himself relevant with an impeached president who lost the election suggests he is playing to his own tune. Definitely off key with sour notes.

Angela: Fiscal impact review?! Off key indeed. Thanks for your letter — come in for your gift card to Palate!