Is it going to be a snowy Christmas? Will we get to ski sometime this year? The weather forecast, with its drops of white stuff included, seems to indicate yes, but us snow lovers will just have to wait and see. What is sure, however, is that we have an issue chock-full of ideas to help you get ready for the other thing that happens this time of year... you know, that big holiday or two just around the corner. Part Two of our annual Gift Guide is inside this issue, giving snow-riders and other people ready to get out this winter a lot of ideas of local gifts you can buy right from one handy spot (bendmarketplace.com). The other sections of the paper are, like last week's Gift Guide, also filled with ideas for the people on your list. And of course, we're keeping you informed of the biggest local news of the week in our News section. Thanks for reading! 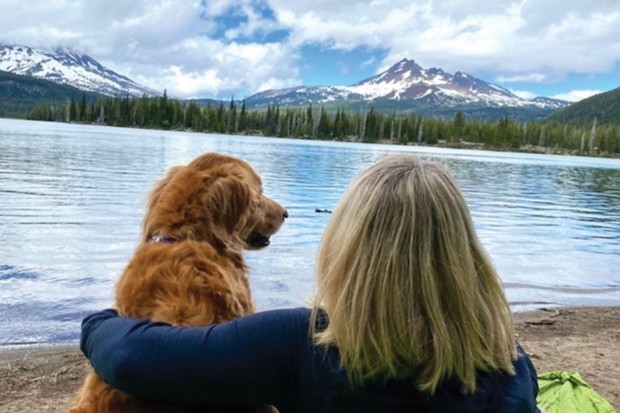 We're at a crisis point.


A case that went before the U.S. Supreme Court this month could unravel the constitutional right to abortion. There is no "middle ground," either: If the court allows Mississippi's 15-week ban to stand, it will erase nearly 50 years of precedent and overturn Roe vs. Wade—leaving nearly half the people of reproductive age in the United States without access to abortion.

While abortion rights are safeguarded in Oregon statute, our state would be directly impacted. As an "abortion access point," Oregon would see a dramatic 234% increase in patients from Idaho and Nevada, according to a recent study. Another analysis shows that Eastern Oregonians would experience a 35% decrease in abortion access because of longer travel to the nearest provider in Bend.

Let's be clear: Abortion is essential health care. Nobody should be forced to drive hundreds of miles to get the care they need. The vast majority of Oregonians support abortion justice—and we will not stand for this political interference.

Even with Roe in place, abortion is out of reach for millions. The ability to access safe, legal abortion is still determined by where you live and how much money you have—and that effectively also means the color of your skin. Deeply rooted racism, coercive reproductive policies and abortion stigma create barriers for far too many people when they try to make their own decisions about continuing or ending a pregnancy.

Despite the continuing political attacks, the compassionate doctors, advanced practice clinicians and staff at Planned Parenthood Columbia Willamette's Bend Health Center continue to provide lifesaving cancer screenings, STI testing and treatment, birth control, gender-affirming care and sex education to those who rely on us. We work every day to remove barriers to access for all of our patients—and we will be here for the next generation and the generation after that.

In addition, Planned Parenthood Advocates of Oregon recently launched a local chapter of Raíz, which mobilizes Latinx people to advocate for their rights, gain agency for immigrant communities, participate in year-round civic engagement and drive local initiatives that center the needs of Latinx communities. Immigrants from the Latinx community don't live single-issue lives, so our work includes voting rights, racial justice, housing justice, environmental justice and so much more.

Our work won't stop until abortion and reproductive health are accessible for all — no matter who you are or where you live. No one is free unless they control their own body.

—liliana cabrera is an Education and Outreach Coordinator at Planned Parenthood Columbia Willamette. To make an appointment visit PPCW.org.

Refugees are fleeing from crimes against humanity in authoritarian countries to more democratic ones—not the other way around. Why are many Americans eager to entertain the idea of living under a dictatorship—voting in one person ruling with absolute power, who is unrestricted by laws and unconstrained by an established constitution? What democratically leaning countries will be willing to accept the flood of American immigrants when we realize authoritarian dictatorship isn't what we imagined?

Like many others, I was interested to see where Deschutes County would land in the re-districting process. Now that that's over, I am very excited that voters here will have the opportunity to choose a great candidate to represent us in new Congressional District 5.


Jamie McLeod-Skinner is well known to us; she won Deschutes County when she ran against Greg Walden in 2018. We know her to be the candidate who has never taken corporate PAC money, including fossil fuel and Big Pharma contributions. This means that the voices she listens to will be ours, not corporate donors.

In contrast, her opponent in the primary, Kurt Schrader, whose family made a fortune with Pfizer, has taken over $600,000 from Big Pharma. Is it any surprise that he voted against allowing Medicare to freely negotiate drug prices, which would dramatically lower how much we pay for drugs?

The choice is clear—Jamie will ably represent us while Schrader will stick up for the interests of his wealthy donors.

Let's elect Jamie McLeod-Skinner to represent us in Congress in District 5!

Something certainly doesn't smell right... so you have a self-elected board that has essentially taken over, fired or forced out the female employees who built the club, and then when said employees said "OK we'll do our own thing" decided to sue for something that can easily be disproven.


As I understand it the team was ahead on payments to investors who financed the new fields, the number of kids playing was growing even with the pandemic and unlike when they started, had a healthy reserve in the bank.

Now a group of board members, none of which were elected (they appointed each other), majority or even all of which have been in Bend less than three years, has essentially taken over and made bogus accusations.

These are not professionals...they had a social media poll that anyone could fill out (but not everyone received) determined a person's job status? Someone that had apparently been given positive feedback on reviews and put the club in a successful financial position? That's incredible.

Sad to see a great club that has had so much success be taken over by "we can do this better than you, this is what we did where I'm from" parents. Hopefully Tara and the team can find success. And Tara, start looking for investments as this defamation lawsuit is going to be $$$.

At this point I suggest the Portland Timbers take a hard look at keeping their name on this club.

Jennifer: Thanks for your perspective. You get Letter of the Week!