Letters to the Editor: 20 Years Later and We're Still Writing in About the Same Issues.

In Response to, "100 Books Across America: Fiction and Nonfiction for Every State in the Union." (8/23)

There's someone else in Bend who has read a book? Wow, that must have taken so much time away from training for your half-marathon. I want to meet you.


In Response to, "An Elected Mayor Can Provide Cultural and Ethical Leadership." (8/30)

So the gist of this suggests that you would like the city mayor to operate independently of the other members of the City Council so that the mayor can spend time on issues not directly relevant to their council duties and also speak for the citizens without consulting them. Frankly I do not find that reasoning to be sound justification. Consider for a moment that we could someday have a mayor similar to President Trump. Would you be so enthusiastic in handing that person the same latitudes?


And all the westside NIMBYs go, "Waaaaaaaah!"

If you don't like the culture, why did you move here?


So stupid. Who gets upset about live music, especially if you can go outside and listen for free.
— Cheryl Harris Gernand


As regular as the yearly "Best Of" issue — The westside concert noise article.


In Response to, "Are Remarks About a New Housing Bubble Founded or Unfounded?" (8/30)

Bill Valentine, has a great video explaining in great detail why we're not in a bubble. You know, with facts and numbers not hopes or feelings.


I don't know if it's a bubble or not. I do know that the $694k EACH that developers are asking for the new townhouses at the corner of Revere/Wall street is absurd. I'm not sure how many people can afford to buy here over a long span of time — desirable location or not.


No. Things will slow but lending rules are much stricter now than the crap that caused the meltdown in '07-08. Bend is on the map and there's no stopping the population growth, like it or not.


This. There's too much (CA) cash out there for such an in-demand community. The only bubble in Bend is the westside. And that will burst when the university expands and they realize their infrastructure is inadequate.

This is a relatively small community, that is highly desirable to live in.


There will always be boom times and bust times. It's a cycle that will always repeat depending on many factors, some of which are impossible to predict. The best plan is never over-extend, always have a reserve and a plan for the bust. It's inevitable, if you don't think it is you are setting yourself up for a fall. Always be prepared!

Thanks for the refreshing shade of positivity behind the progress that is being made, as it is too easy to be cynical and ungrateful for some of the uncomfortable facts about living in Central Oregon. We live in a great community and always whining and complaining about it ruins it for the rest of us. Although I would agree with being outspoken about certain issues in the proper forum gets things done! 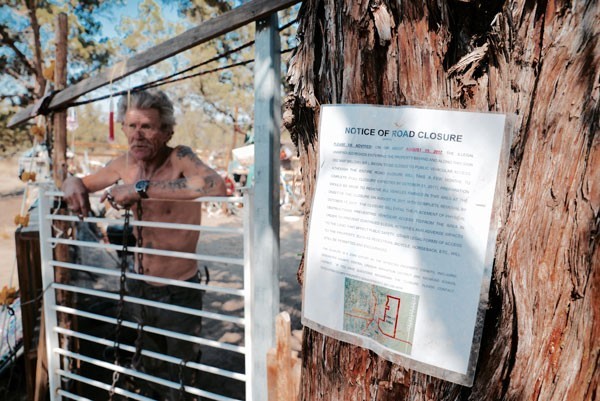 A natural disaster can be devastating to people's lives and so too can a personal disaster. People are quick to donate money to help the people in a disaster area but what about doing something to help the local homeless population? Many people become homeless when the pieces of their life fall apart and there is no support to help them figure out how to put the pieces back together.

I have been lucky in my life. I have been poor, but never so poor that I couldn't work because I had nowhere to shower or wash my clothes. But that is what homeless people have to contend with. I am somewhat new to this community. I bring with me several contributing members of society. People of Central Oregon need to recognize that we cannot stop the flood of people coming this way. We can guide it though.

I am thankful to be welcomed though I often hear talk of how it used to be. My message today is it's time to start thinking futuristically. The problems coming our way can be looked at and planned for. Kicking a bunch of homeless people out of a camp that they've lived in for years, with no plan for where they will go is cruel.

If you are a person who feels compelled to donate money or time to help people down in Texas recover from the storm, please also consider donating time or money to address the problems of poverty in Central Oregon. The homeless population is going to grow unless we do something to fix the problems that cause it. This area has many desirable qualities for survival whether or not one is participating in the work-a-day world.

I hear that there are labor shortages in many of the business sectors. I believe that means there is an affordable housing shortage, because many people do not choose to be homeless, or want to be begging on the street. A large portion of them would rather take a job, but without a home base, that is simply impossible.

Poverty is a vicious cycle. If you're too poor to get a place to live, then you're too poor to work. The economic equation in many areas doesn't add up. That's why I came here. The opportunities to make a better life are more plentiful here. I will work hard, pay my rent, pay my taxes and hope that someday I have an actual savings account so that if something happens to disrupt the delicate balance of my finances, I will not have to worry about becoming homeless myself.


Letter of the Week

Kay—Thanks for the reminder that it's not always necessary to look to the disaster du jour in order to help in this world. You're right, lots of people around here need help too. Come on in for your gift card to Palate!

For the rest of you: Activism doesn't always have to take the form of showing up for meetings or joining an affordable housing committee. If you're concerned about the housing crisis in our area, have you considered opening up your own home for an individual or family to live in?