Over the past year we've spent a lot of time looking at the effects of the COVID-19 pandemic—but that's just one of the challenges Oregonians have faced this year. In this week's feature section, two contributors offer some perspective on how events over the past year—including wildfires, tourism and a lack of volunteers in the forest—are making an impact this year. One of the biggest changes locals will see is the advent of a permit system for some of the region's most popular trails—a change that has come with a lot of controversy. While I don't think I'm alone in saying I'm looking forward to spring and being able to get out on some of those trails via biking or hiking, these adjustments in our area mean we'll all be challenged to spread out more and to seek out less-traveled places to do so. Enjoy your week, and thanks for reading! 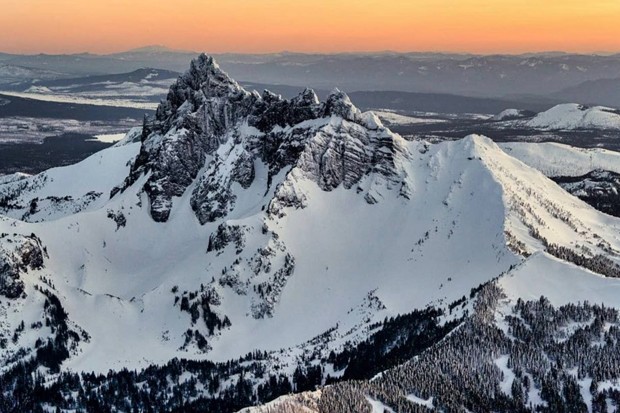 St. Charles RN on the Strike

Patient care today in the Main OR at St Charles Medical Center in Bend is practically non-existent due to the significant decrease in surgeries.  The claim that the "hospital is open and providing care as usual" made by hospital administration is not accurate, and it is simply impossible given the current circumstances.  There are replacement surgical and radiology technicians on site, but they are not trained to the level that our native techs are as to the equipment, policies, best practices, and staff.  Because of this, the nurses at St. Charles are highly skeptical that the high level of care and competence we had previously is obtainable by these temporary workers, whose training, skill levels, and practice are unknowns. Additionally, these replacements have received almost no typical orientation to their units—an unheard of action and well outside of best practice. As the primary advocates for our patients, we are concerned that this is negatively impacting our ability to provide the level of care they, and our community as a whole, deserve.

The RNs urge St. Charles to end this strike by meeting the reasonable and deserved requests being made by OFNHP.

I'd like to commend you for a couple of the letters you published in this week's Source (04 March). Specifically, the letters from Zach Beckwith and Harry Williamson. I realize that some of your readership won't agree with the writers' views, but it's important to allow divergent viewpoints to be aired. Regarding Zach's letter, I'd only add that the economic damage that could be done by HB 3296 isn't limited to brewers, vintners and distilleries. Many of our Central Oregon restaurants and pubs derive a fair portion of their income from beer, wine and cocktail sales. These items functionally subsidize the costs of operating a restaurant and permit better offerings and reasonable prices to all customers - whether they imbibe or not. And, of course, all of these factors have an overall impact on Central Oregon's economy by keeping it an attractive destination for tourism - and the jobs that brings. Oregon Recovers is way off the mark on this proposal - and there are better, more efficient ways to achieve their purported goals without implementing a punitive excise tax.

Mr. Williamson's letter is a bit harsher, but his points are valid nonetheless. His brief reference to the anonymity of the original writer is a sad, but necessary, commentary on the hazards of expressing a viewpoint distinct from that of our current political culture. His comments on personal responsibility and accepting consequences for inappropriate behavior are right on the mark, if out of step with our "anything goes" society. I think that the Source has demonstrated its own "personal responsibility" in publishing his letter. I hope that he isn't harassed for having the audacity to sign his name.

I completely agree with Harry Williamson.

The BPLS district and the school board are not doing their jobs in regards to this situation. And it appears that our community of parents whom had children who attended this party need some child rearing advice. I highly recommend to all parents read the book "How To Raise An Adult," by Julie Lythcott-Haimes. She is a former dean of Stanford University and has amazing insights as to how and why we are raising children whom are entitled and not able to find the wherewithal to make smart choices and be happy adults. It is insightful. I read it many years ago and saw her at a book signing, and well, it opened my eyes and it all made sense. As parents we cannot indulge our children so much, we have to learn to say no, have consequences and help them learn independence by not doing so much for them. Let them take their consequences so they can learn their own lessons. So BPLS district are you going to provide consequences for these students?

Does anyone care what is happening to our beautiful state of Oregon? Do you see the rampant population growth that is causing 1000s of acres of land and trees to be flattened and mowed down for homes, schools, shops, and you-name-it? And do we have the roads, infrastructure or water resources to support this kind of growth...apparently not.


We are in the middle of an environmental crisis that has caused degradation and destruction everywhere. The forest fires last summer were the worst we have ever had. If each of us don't begin taking personal responsibility for the way we consume, waste and live the prospects are bleak.

[Central Oregon] LandWatch is about the only organization I am aware of that is conscientiously observing how our lands and water are being used and/or abused and calling out unlawful behavior. We cannot let money do all the talking.  Support small farming, simple lifestyles and don't trample the land... respect it and give back.

Jeanne – Thanks for sharing your thoughts. Come on in for your gift card to Palate!