Last year, the Source Weekly—which has long had a Women's Issue coinciding with International Women's Day—joined forces with the Bend Chamber's Women of the Year awards, for one giant event. Quite literally the night of the awards banquet, I arrived a little late due to the fact that I'd written a breaking news story about the arrival of COVID-19 in Oregon. Little did we know that the Women of the Year awards would be the last time many of us would be in a room with that many people, and just how royally COVID-19 would upend all of our lives. 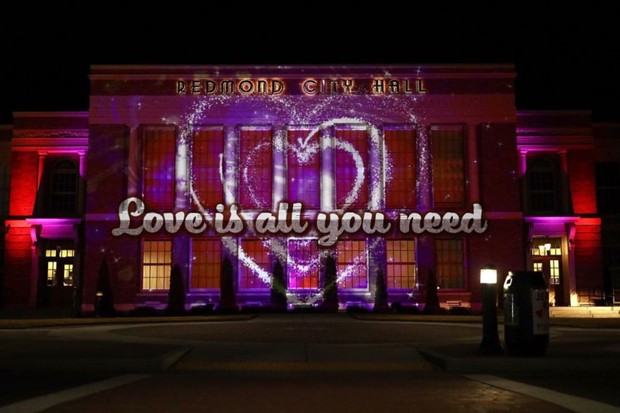 This year, with the Chamber focused on supporting businesses through this time, the Source has taken on the Women of the Year awards on its own once again—but not without the support and buy-in of the community. The first step came through a nomination process that anyone in the community could take part in. Then, the honorees from the past four years were invited to help narrow down the nominees—and finally, the past two Source Women of the Year, Jesse Durham (2020) and Erika McCalpine (2019) stood by me to decide the winners. It was truly a community effort, and I thank everyone who took part.

Our winner this year may come as no surprise to those who know her. In the same way that none of us knew what havoc 2020 would bring, I don't think Morgan Schmidt had any idea of how her "little idea" to create an online space for pandemic support would change her, and so many others' lives. Enjoy the issue, and congrats to all the honorees!

Oregon is known the world over for its IPA and pinot noir. Oregon-made beer, wine and ciders are the living embodiment of the state's agricultural and industrial bounty and the state's enduring pioneer legacy. Oregon House Bill 3296, speciously named the Addiction Crisis Recovery Act, would, in no uncertain terms, decimate the state's world-renowned breweries, wineries and cideries and the multitude of associated businesses that rely on the industry.

Proponents of HB 3296 claim that, "This is not a beer tax campaign—it's a public health effort to reduce harmful alcohol consumption and end Oregon's addiction crisis," yet the proposed 3000% increase would make Oregon's excise tax rate 45% higher than Tennessee's, which is currently the highest in the country. The proposal would raise excise taxes on beer and cider from the current $2.60 per barrel (31 gallons) to a ridiculous $72.60 per barrel. The majority of the state's 200+ breweries and cideries are small, family-run businesses that operate on tight margins and have already been decimated by restaurant and bar closures from the ongoing pandemic. For a small producer making 1,000 barrels a year, their state excise tax bill would go from $2,600 per year to $72,600 per year, on top of federal excise taxes, and every other business-related tax that breweries and cideries already pay.

Supporters of HB 3296 like to claim that this bill is "for the children" and aimed at curbing underage drinking, or as Mike Marshall of Oregon Recovers claimed on KTVZ, "Teenagers have less money to spend on alcohol, so the minute you raise the price they are going to buy less, and the same is true for binge drinkers." The reality is that Oregon's breweries and wineries are not making cheap alcohol aimed at children; they are making high-end products marketed to adult connoisseurs. Teenagers and binge drinkers are not reaching for mixed-culture wild ales and heirloom ciders. Large out-of-state and international producers are able to absorb this kind of tax increase while maintaining budget pricing, so in reality this tax increase will only hurt small, local, family-run breweries and cideries.

HB 3296 would not only hurt Oregon's breweries, wineries and cideries, it would also harm the hop farmers in the Willamette Valley, micro-malting operations like Madras' Mecca Grade Estate Malt, tank fabricators like Portland's Pinnacle Stainless and Portland Kettle Works, yeast laboratories like Wyeast Labs in Hood River, mobile packaging companies like Portland's Vice Canning and more. Oregon's breweries, wineries, cideries and associated industries provide thousands of jobs to Oregonians that HB 3296 puts in direct jeopardy despite Oregon Recovers' unrealistic claims that "... an alcohol price increase will actually increase the overall number of jobs, while the number of jobs in alcohol-related fields would decline by an amount too small to measure..."

Oregon's breweries and wineries not only provide jobs, they provide meeting places for their communities. They are leaders in environmental stewardship and dedicated philanthropists. Oregon-made beer and wine is part of the fabric of this great state.

In the end, HB 3296 is not about addiction recovery, it is about neo-prohibitionist groups trying to stamp out the state's homegrown beer and wine industry for good. Let your legislators know by going to donttaxmydrink.org/petition/.

I'm really disappointed in last week's Opinion piece. Calling out and vilifying someone who makes a totally valid point, simply because she prefers to remain anonymous is inappropriate. The idea of expecting consequences for the mindless stupidity of participating in a super-spreader event during COVID times seems totally appropriate. And I definitely don't think that teenagers are too young to understand the concept of personal responsibility and accountability, while recognizing that their millennial parents themselves probably don't embrace that idea.  It is no wonder that they lack the ability, or inclination, to instill that in their kids. That aside, these entitled brats jeopardized the health and safety of the community at large and caused the school to delay classes for a week. They threatened the health of responsible classmates, teachers and their own families. And they contributed 50+ more reported COVID cases to Deschutes County, which keeps local businesses closed. There SHOULD be "consequences." And since you have this platform, maybe you should add the term "personal responsibility" to your own lexicon.

While the revitalization of the BCD is exciting, and certainly needed in many ways (e.g.- central housing), the displacement of tenants, and rent hikes to remove tenants is on the rise. I spoke with a business this week that was forced to liquidate and move on from owning their own business at this time due to such short notice of eviction from their Maker's district landowners. Sure, let's assume there were other decisions weighing into shutting their business down, but I would reckon that ANY local business would be pushed to their limits if they only had 60 days to find a new commercial space in Bend that could suit their needs.

Paul: Thanks for writing into our website with that info. The article discussed the notion of avoiding gentrification, and while we can't assume that was the case there, it's certainly sad to hear. Come on by for your gift card to Palate!