From the latest edition of our Leaflet cannabis guide to a look at one way that the Oregon Legislative Assembly is trying to tackle police reform and mental health services, there’s lots to read and enjoy in this week’s edition. And even as political leaders make an effort to stop the needless stops, arrests and deaths of Black people and those who may be in crisis, another tragic and needless death has happened in Minnesota, with the death of Daunte Wright. One small step forward, five back. There are not enough thoughts and prayers in the world to push back against this ongoing tragedy. And even as we are tired, our vigilance and ongoing efforts to hold governments accountable for reform may be the best use of our efforts. Thanks for reading, Central Oregon. 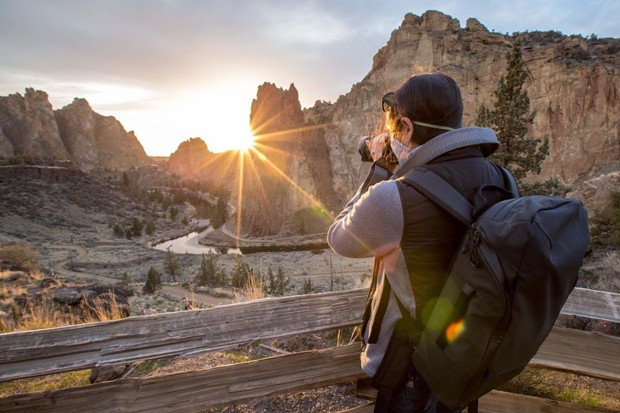 Governor DeSantis of Florida recently signed a decree prohibiting businesses from requiring proof of vaccination for customers. He says that if businesses or local governments required proof it would "reduce individual freedom and harm patient privacy."

Likely a Republican candidate for President in 2024, DeSantis seems to be suggesting that democracy would be dangerously impaired by such an assault on our liberties. But would vaccitne credentials truly impact democracy like loss of the right to speech, press, religion or the vote? Not by any stretch of the imagination. Would dissenters go to jail? No, they would go somewhere else to eat, shop or watch a movie.

In New York City, Mary Mallon was found to be moving around from place to place infecting people with typhoid. The authorities got ahold of her and gave her a ton of privacy. She was put under house arrest, so she could not continue her habit of poisoning the community.

DeSantis also says vaccine passports would create two classes of citizens based on vaccination status. I suppose so, but that is not quite on a par with the huge gap between the common poor folk and the aristocratic rich that DeSantis so loves. That is a real class system.

RE: We've All Sacrificed. Now's the Time to Set a Course for Oregon's Live-Event Industry. Opinion, 4/7

Dr. Deborah Birx revealed that we could have saved at least 400,000 American lives had we the kind of national leadership that would have acted appropriately from the get-go to prevent spread of the infection. Because of that, Governor Brown and other courageous leaders have been playing catch up to deal with controlling the lethal damage inflicted on the nation by the previous administration. Kate Brown has endured obscene, blatantly misogynistic attacks for her efforts, as have other Governors who are women—most notably Gretchen Witmer. (Interestingly, nations with women as heads of state seem to have weathered the pandemic with the least damage to health and commerce.) It is understandable that we are all at our wit's end with the mitigation efforts, but we must keep in mind that we have been so inconvenienced in the service of keeping the refrigerated morgue trucks in their garages. Deschutes County is now experiencing another exponential increase in cases, largely occurring—according to Health Services Director Dr. George Conway—in the 20 to 29 age group. And it is no accident that the spike comes in the aftermath of Spring Break. As a county we are about 20% vaccinated—still not quite at the population immunity level. Let's try to remain patient; lives continue to be at risk. Now is not the time to let down our guard.

The Opposition really needs to quit embarrassing themselves with their clear lack of knowledge and facts with regards to the Cannabis Industry. Your constituents would like you to educate yourselves and throw out the Federal government's outdated propaganda from years back, as it simply doesn't apply. Nor is it valid. If the Opposition refuses to listen to their constituents, keep in mind...they voted you in and they will vote you out for not listening to the will of the people. You are there to represent them, not your own special interests.

RE: With Oregon's Prospective Public-Building Gun Ban, Two More Steps are Still Ahead

Republicans love the mantra of "local control". But apparently they only support that mantra for their preferred policies.

There are countless issues where the Republicans demand local control (everything from pot laws to public lands mgt). Consistency is important. This just smells like ugly politics from Knopp and other Republicans.

Editor's note: This week, a multiple-choice survey on our website, bendsource.com, asked people how they feel about maintaining downtown Bend's "parklets" that allow restaurants to expand their outdoor seating into parking spaces. Several people took to the comments section to expand upon the multiple-choice options. These are some of their responses.

-It seems like a plan endorsed by Walmart and Jeff Bezos to bribe city council to help kill off small local retailers by eliminating access by the disabled and elderly. I don't want to get my shoes online. I want to support the Footzone.But the city wants me to support more money for Bezos. I wonder how much he will contribute to the campaign to keep the parklets?

-I also love the idea of closing most of the downtown core to vehicle traffic and making it old Euro style. It would be a really cool differentiator and would work well in a four-season resort town where people primarily go to be outdoors. Provide free motorized scooters at parking access points for the mobility challenged and call it a day!