Homeless and Immigration, Should Old Bend’s Neighborhood Parking System Be Expanded?, Redmond Prepares for the Future of Weed and Be Ready to Talk More about the “Big P”

With the warm temperatures and the warnings about the potential for fires happening this week, it's kinda hard to believe that it's only April and not June in Central Oregon. Fortunately, no unplanned fires have emerged yet, and locals still have a short amount of time to parade around the Deschutes River or to park downtown without too much trouble, before tourism season officially begins. I said a short amount... 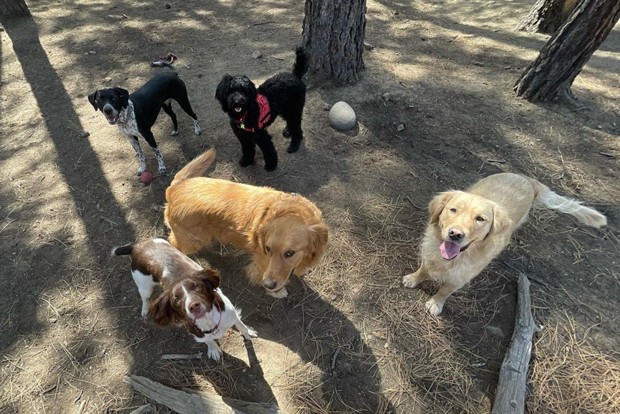 In national news, the conviction of former police officer Derek Chauvin was announced just hours before we went to press—an announcement that many hope will lead to lasting reform around police brutality. Rest in peace, George Floyd.

This week, the Source is happy to welcome Reporter Jack Harvel to the team. Please join me in welcoming him to Central Oregon—and for those looking to get in touch, he's available at reporter@bendsource.com.

Throughout the United States homeless tent camps are developing in parks and side streets. Litter, human waste and drugs are an increasing problem. In Bend, these camps can be seen on Second Street and Hunnell Rd. Cities and care agencies struggle with the problem.

At the same time President Biden has eliminated restrictions which slow illegal immigration into the country. In effect, he has opened the borders and thousands of illegal immigrants are taking advantage. So many, it may set a 20 year record. Joe Biden indicated in a press conference that this is a normal surge expected at this time of year. Border crossing records do not support his statement as the numbers are considerably higher than expected.

My point is that U.S. taxpayers are paying to feed, house and offer medical care for thousands crossing our borders illegally. (So far, over 85 million just for new facilities). In addition we have to pay for their transportation and schooling for record numbers of children, all at a time when our education system is in disarray due to the virus. At this point, the Biden administration has no concrete plans to stem the flow.

Why would an administration give illegal immigrants a higher priority than homeless citizens?

We live in a family town/city, not Portland. When you purchase your home, you should have ample parking and not have to compete with visitors etc. and crowds of people parking in front of your home. The city needs to build a parking garage for the downtown area that is ample to hold enough cars. Also eliminating the need to have ample parking for homes, condos, townhouses is simply a traffic and safety hazard especially when you live in mixed use zones.

RE: Redmond Prepares for the Future of Weed, News 4/15

Mayor George Endicott told the Source Weekly that the council has chosen not to alter the ordinance because "it's been in place for so long." Changing the ordinance isn't currently on the table. Endicott said he will do what's best for the city and prepare for federal changes, though he personally doesn't agree with recreational marijuana because of the adverse effects it can have on developing brains. Sorry Mayor Endicott, but that is probably one of the worst excuses used to sit back and do nothing. Further it is absurd and has no scientific basis to claim that recreational cannabis will be used by every young person thus resulting in adverse brain development. Young or old there will always be those who will abuse all forms of drugs, good and bad. Prohibition type actions will only muddy the issue & create more unnecessary problems. In that regard what might be a wiser move is to create strong mental health programs that address and deal with said issues in the 1st place. Education is key also. And Mayor if you're serious about the adverse effects on developing brains, why not enact better laws against air & environmental pollution in our fair city? Then consider also creating laws against the constant use of pesticides & harsh chemicals that studies have shown to show up in developing infants and children.

RE: As Bend Transitions to a City, Be Ready to Talk More about the "Big P" Opinion, 4/15

"We've seen a myriad of theories thrown out in hopes of fostering affordable housing, which never seem to result in lowered prices, or an easing of our housing crunch."

What this ignores is that it's quite likely that our housing crisis would be *much worse* without those measures in place.

If we free people from government car storage mandates, it's not going to make Bend suddenly affordable, especially for the 'average person' who probably does own a car and wants a spot to put it. This reform will help with the low end.

Also worth noting: Bend did not have these requirements imposed until after WWII, and the part of town built before then is just fine in terms of the amount of car storage space. Indeed, it's a very expensive bit of town to live in.

We're already changing the parking system in the multi-story and the lots down by Drake Park, charging every hour now and no more free parking—while that does not help those that work downtown, and yet another parking app to download, I agree with the comment above. Until we get a much better public transportation system, any parking woes will not disappear, period.

Jane—Thanks for your comment. Come on down for your gift card to Palate!