Migration, keeping the home fires burning and life visible on the horizon

A few hours before this issue was headed to press, we got the word that Deschutes County would be experiencing something of a backslide in its reopening. The county moves from Moderate Risk back to High Risk—which allows only 25% occupancy in restaurants and other public spaces—as of Friday, April 9. Crook and Jefferson counties, meanwhile, remain in the Lower Risk category. 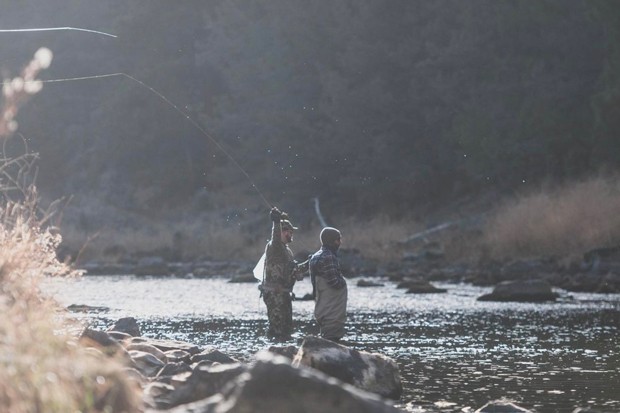 What will that mean for venues and other places that were hoping to move forward, not backward? That's the big question, and one we'll try to answer in our digital version, the Cascades Reader, which comes to readers every morning, bright and early. For now, enjoy this print edition, filled with plenty of news, entertainment and an events calendar that remains a moving target, every day that this pandemic wears on. Have a great week, Central Oregon!

My plan for migration is the ultimate in simplicity:

Focus on humanity not exclusion and enforcement.

Employ employees from those federal agencies to build and repair infrastructure and schools, work on environmental projects including water, air, soil, fisheries and habitat.

Honor government contracts only if corporations agree to dismantle the wall, clean up the environmental devastation they have created and pay reparations to migrants for their suffering.

Arrest border vigilantes for their crimes against migrants.

Welcome migrants who have been impacted by devastating trade policies, exploitation of workers and resources in their countries by USA corporate greed and control.

Grant citizenship to migrants brought into this country as children.

Release all migrants incarcerated for not being white.

Arrest employers for withholding wages, providing dangerous living and working conditions, threatening and assaulting workers and failing to provide protective and safety gear from COVID and chemicals in fields and factories.

Change the Fair Labor Standards Act to include farm and field workers with overtime, living wages and safe working conditions.

Entitle all people to health services, education, unemployment, the right to unionize and social security.

Grant migrants, irrespective of race, color, ethnicity or place of birth, the right to be included in this country as decent human beings.

This is my plan for decency and humanity. This is not who we are but it is who we could become.

I want to congratulate Laura Brauns on the superb article "Keeping the Home Fires Burning." This is the sort of comprehensive investigative reporting that The Bulletin abandoned a long time ago.

I wrote a proposed tree protection code for Bend, which has not been well received by the city staff. It frustrates me that Bend is attempting to address the housing shortage by feeble measures such as eliminating the requirements for off-street parking, cutting trees, eliminating the requirements for green space. We need much stronger solutions to the problem, and I don't see them coming from the city council.

You indicated in the article that you would have a subsequent one on vacation home rentals.  Have you published it?  (I apologize if I missed it, only started subscribing a few months ago).  I contacted the city several months ago to get a comprehensive list of VHRs, was told they didn't have an exact number!

Bend has an entrenched bureaucracy that resists any serious changes. For example, several months ago I was listening to the NLA meeting and someone from the city was asked about the effect of short term rentals on our housing problem. She said that the staff had done a "study" which showed that they didn't make a difference, because if these units had been on the market for rent or sale as housing, they would have so increased in value that being part of Bend's housing inventory would not have made a difference.

I contacted her to get a copy of the study. She told me that it wasn't really a comprehensive study, that some of the staff had just looked at the issue.

Life visible on the horizon

This past fall, I became one of the thousands of Deschutes County residents to contract the coronavirus. Thankfully, I fully recovered. However, it was a thoroughly sickening and unpleasant experience for my 25-year-old self.

Feeling what this disease can do gave me a new respect and sympathy for the severe pain and suffering being felt by thousands of fellow Oregonians and millions of Americans. It also made me hopeful and anxious for the arrival of a vaccine that would protect vulnerable groups, and ultimately everyone.

Now I have heard the skepticism of many towards vaccines, and I'll admit that vaccines are not perfect. There is a potential for uncomfortable, or even more severe side effects in a sliver of the population. But when it comes to vaccines, it's all about balancing risk and benefit. In the case of COVID-19, it's unquestionable: the risks of the vaccine are absolutely dwarfed by the severity and potential harm that this disease inflicts upon people.

Months after being sick, I am heartened to see the federal government, states, private enterprise and the healthcare system churning away full throttle to help bring an end to this pandemic. The dedication of manufacturers, doctors, pharmacists, healthcare distributors and other personnel is laudable and deserving of our thanks and praise. Healthcare distributors, in particular, are playing such an important role to coordinate the delivery of all medical supplies and vaccines across the country, helping doctors, pharmacists and nurses to administer them into our arms as quickly as possible.

A return to pre-pandemic life is visible on the horizon, and I encourage everyone, especially the most vulnerable, who are willing and able, to get vaccinated when they are eligible.

Thanks, Matt—and glad you recovered from the virus. Come on in for your gift card to Palate!