The Governor's announcement this week that counties with adult vaccination rates of over 65% would be able to see risk-level restrictions lifted was, as expected, like a weight lifted. Seeing vaccination rates tied to risk levels makes sense—and with Deschutes County having over 60% of its population vaccinated, it means the end may be in sight for us very soon. 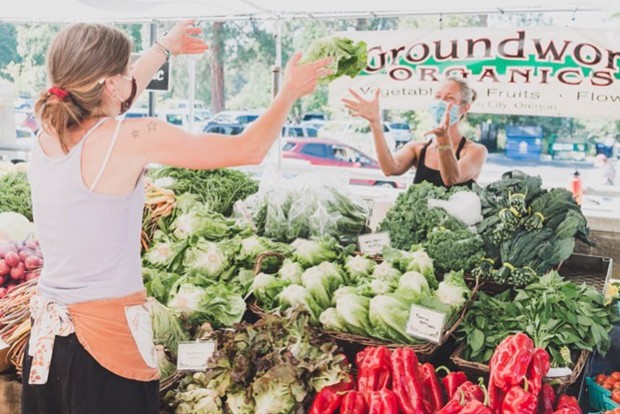 Meanwhile, some of Central Oregon's more long-lasting issues remain. We touch on the desperation of prospective renters, and also neighbors working to avoid short-term vacation rentals in this week's Feature story. On our Opinion page, we comment on the vitriol and outright fabrications baked into the current school board elections. And to offer some of the sweet side, a Source contributor tries every milkshake flavor at a longtime local drive-in for our Chow section. Here's to the salty and the sweet of a slow return to "normal..." whatever that is...

First, I will say I don't read the Source much. It generally is too liberal for my taste. But, occasionally I open it. In an Opinion piece from a few months ago, the writer was discussing the falling Covid numbers and possible reasons. As a whole the article was informative. However, I take particular offense to the writer referencing "Bend's privileged families" as those who sent their kids to private schools. Sending one's kids to a private school doesn't mean you are privileged. It means you value your kids' educational experience above a bigger/nicer house, a nicer car, etc. I don't imply that the private school experience is better or worse than public schools. I believe we have very good schools both public and private. It is a personal choice. However, to simply imply one is privileged because they made a choice is absolutely wrong. Most people I know who sent their kids to private schools made great sacrifices to do so. Most were not wealthy by any standards, most just made financial sacrifices that allowed them to have a choice in public vs private schooling for their children. It is these "privileged" comments that are further dividing the country, furthering the class envy we are seeing. It is the "privileged" comments and views that denigrate those who have worked hard, sacrificed and saved as a personal choice. Not because of privilege. Labeling like this does not unite this great nation. It only divides.

RE: Reader Poll—Do local political candidates have an obligation to participate in public forums ahead of an election?

For heaven's sake, forum participation should be the bare minimum of a candidate's participation. Forums are paeans to democracy, as they enable even poorly funded candidates to get their ideas out there. The current gang of 4 pandemic-deniers running for school board are richly endowed and—apparently—don't feel the need to air their cockeyed views in a venue where they can be confronted by rationality. I guess they feel they can win with unanswerable mass mailings, TV spots, and appearances on the Fox News Channel. Happily, in Bend we still have retail politics in which voters can be reached individually and word of mouth can spread therefrom.

You can't claim to speak for the community if you refuse to speak with the community. Running a series of high-cost TV ads is a one-way conversation (aka a monologue), and gives a pretty clear indication of how you'd act if elected. Arrogant.

Editor's note: Each week, the Source Weekly posts a poll question on our website, asking readers to weigh in, and also to comment if they feel so inclined. Look for the poll question on the home page of our website, bendsource.com, and see the results of the poll published in Saturday's edition of our daily newsletter, the Cascades Reader.

Golf courses are loss leaders to sell real-estate. Once a development is built out the golf course becomes a costly burden. Oregon has some of the strictest land use laws in the nation. As long as a developer uses the land for a permitted use and follows the development code there is not much the city can do to stop development. A moratorium on development would be illegal.

Council sets policy and approves issues like this one. They are bound by law to approve it if it meets zoning and code—which this does. Should they choose to not green light it the developer can appeal to the state where the loser pays all the expenses. A council that would take that route would cost us millions and there still would be a development. The proposal as slated would be a massive improvement over what is there. Those that want to live on a course (this is baffling to me but not important) lose out but there isn't a guarantee in their purchase for there to be a golf course in their backyard forever. 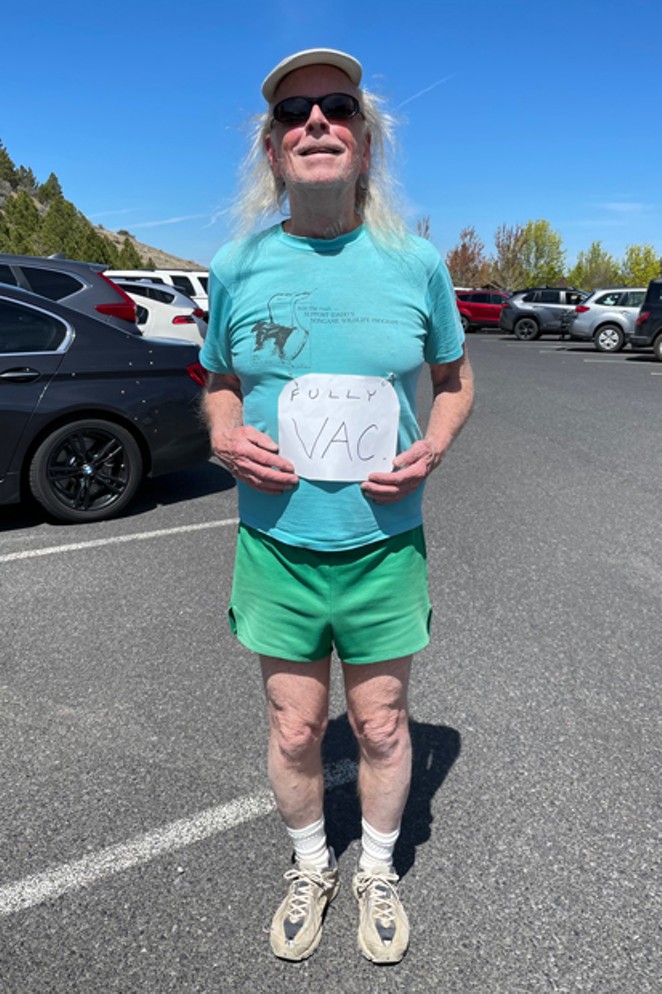 I met this man at the Pilot Butte Trailhead today, May 3. Pre-pandemic, he was a regular Pilot Butte hiker. This was his first day out after his two Pfizer vaccines. He gave me permission to take his photo. He asked me to submit the photo to Source Weekly to encourage other people to get vaccinated.

Diane: This week's letter of the week comes with a bonus photo! Here's to having the freedom to go out and meet our neighbors once again. It's been a long, difficult and lonely road for so many—this guy looks so happy! Come on in to get your gift card to Palate, Diane.