Identity Politics, the "Big P," Israel in Gaza & Another dog lost in the canal at Smith Rock

Something—besides the obvious lifting of mask mandates for vaccinated individuals—happened this week that gave me and my staff a sense that life may be slowly returning to more of a normal pace. The Source Weekly's events calendar was, pre-COVID, nearly always the number-one visited page on our website, but over the past year, it's slipped down in rank in favor of important news-you-can-use in a pandemic. While watching our web numbers can only offer a limited glimpse into what people are doing in our community, seeing the calendar rise to once again be a top hit on our site felt like a milestone. 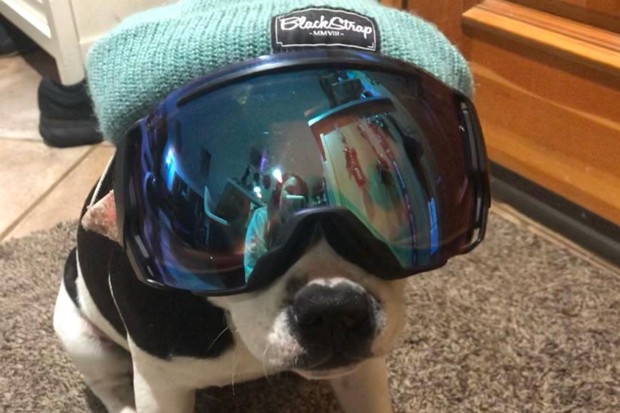 With area venues beginning to announce some big shows for the summer, it's no surprise that locals would be looking for that info from the Source, which hosts the most comprehensive events calendar in the region.

Next week, in another sign of some normalcy, we'll roll out a 2021 Summer Guide that outlines all the music shows we know about to date, as well as a look at some of the other fun stuff the summer will bring. In the meantime, we welcome the sight of readers once again visiting the calendar in great numbers, to see what to do and what to plan for. Here's hoping for a fun summer!

In my youth I was raised to treat others as I wished to be treated and to judge others by their character and abilities. Since that has worked for me in life, I am taken back by the left's promotion of "identity politics" with their emphasis on race, gender, religious and sexual preferences. President Biden and the press took this to the extreme by introducing his cabinet members in terms of their race, gender, sexual preference, or religious beliefs, not ability or qualifications. To me, putting the emphasis on one's race is the definition of racism and is a losing proposition. When we select someone for a position largely because of their race, or gender we risk offending someone of another race, or another gender who wasn't selected. The potential for endless conflict is high.


We are approaching the point where every school board, or city council is evaluated for its racial or gender balance, with some emphasis on sexual preference and religion. Are teachers to be hired based on "identity politics," rather than ability? I hope not. Would you board a plane on an airline that placed racial, or gender equality for pilots, as a higher priority than ability?? As long as the selection standards are clear and everyone is given equal opportunity there should be no controversy.

I know racism exists and we should not tolerate it. However, the current trend of labeling people racist if they disagree with you, or having politicians and the media using "identity politics" is placing emphasis on our differences rather than our similarities and is dividing the country. The use of "identity politics" and "wokism" should be resisted at every level.

I agree with Mike Walker here—we need to have a community conversation about parking. It's a tough one: on one hand, local data projects increased demand for parking on Bend streets. On the other, the value of this same land is increasing quickly. No one wants their residential neighborhood flooded with outside cars.  Here in Old Bend, we've reclaimed our curbsides with a pilot Parking District program, (It's a work in progress...) But, we should be in full support of the City adopting more flexible parking codes to allow for the right development, in the right places—Think, the Bend Central District. Affordable housing is not attainable in the core of Bend without allowing smart, vertical-mixed-use development. The City is working to modernize our parking standards to fit the City that we are growing into. "No parking minimums" are only intended for very specific zones. Let's make sure they also have a plan for protecting residential neighborhoods! More asphalt on-grade parking with California-style cars-per-capita is not the answer (in some places). The best cities have embraced a pedestrian friendly core, and elevated human-scale transit.  I see Bend as the best City of the future, but we're going to have to grow up and embrace the nuance of smart growth.

The U. S. government (we taxpayers) are supporting Israel's ethnic cleansing of Arabs from land it wants for its Zionist expansion movement. Israel, the only nation in the Mideast with nukes, has been mimicking Nazi Germany for decades with our annual assistance of four billion dollars of military aid, the most for any nation on the planet. The bully of the Mideast does not need U. S. financing or U. S. weapons to protect itself. Our government should immediately stop the direct support of this unconscionable civilian genocide. Aren't we supposed to be the good guys?

CRT—as I understand it—simply examines in a rigorous, academic way the historical, cultural, and psychological foundations of racism in our society. How can we understand the way we are without educating ourselves about how we got here? No big whoop there. Unless, of course, the idea is to engage in fear mongering. Thank you for another excellent editorial.

Critical Race Theory is just teaching kids to hate white people. It is just racism by another name.

Well written! Was just talking about this nonsense of "CRT" in schools... support your claim. Name the school, class, teacher where this is being taught. Where? How? By whom? As a HS teacher I call BS. Lifting diverse voices in classes, teaching texts written by a non-white people is not CRT.

Another dog lost in the canal at Smith Rock

I just received another call from a very anguished dog owner who let her dog off leash in Smith Rock, and the dog was swept away in the swift current in the canal!


Every year innocent dogs lose their lives, despite the fact that the signs are clearly posted to keep dogs on leash. PET has purchased addition signs (attached) with pictures of dogs who have perished in the canal. The canal has grates across it that make survival nearly impossible.

Wondering if you could remind people, again, in the Source. You might check with the irrigation district about how many dogs per year are pulled off the grates.

Vikki – thanks for this important local reminder, and thanks for the work you and your team are doing. Come on down for your gift card to Palate!