Riding along the Cascade Lakes Highway recently, it was surprising not to see the typical line of cars precariously parked near the Green Lakes trail. With a permit system now in place for that and other popular trails in that area, this week we wanted to know how that permit system is going. That story makes up part of this week's Feature coverage, which also includes a story on the Bendite who walked the world for six years straight, as well as some hiking recommendations you might not have experienced in a while (or if you're new here, ever). 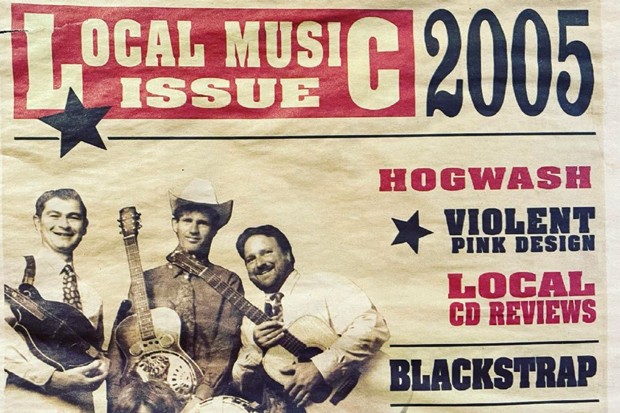 That's the lighter side of our coverage this week. Following a huge response to our story on the City of Bend's new policy on street encampments, we're following up with an opinion piece on possible action steps for residents, businesses, service providers and local governments to tackle the ongoing housing crisis. Enjoy this issue and have a great week, Central Oregon!

The watering of vacant land in the Broken Top Highlands and Tetherow neighborhoods is part of their wildfire mitigation plan. The dry brush and grass are a fire hazard, less so when irrigated. A less attractive alternative might be to clear that land of all wildfire fuel, reducing animal habitat and encouraging erosion (dust).

The Bulletin's June 11 editorial posed the question: "Should the Bend City Council no longer recite the Pledge of Allegiance before every meeting?" It went on to report: "Already some councilors have not stood and recited the pledge during meetings." To put it mildly, I was shocked. Why was this even an issue? I wanted to know which of my City Councilors chose to symbolically "take a knee" so I went online to watch the June 2nd City Council meeting:

Click on "Roll Call. This was supposedly the first in-person Council meeting since the pandemic. It's also noteworthy this was just two days after Memorial Day which honors those who gave their lives to preserve our freedoms.

One of the few things we should all have in common is love for our country. Our country is not perfect, nor is any other. Most of us strive to make our country better, but we often have very different views of what that means. Because of our liberty, I acknowledge your right to express your views. So, YOU DO YOU!! But at the same time, I also have the right to be offended by the choice (new) Councilors Kebler, Schenkelberg, and Perkins made to sit during the Pledge of Allegiance.

The Deschutes County Commission meeting of March 29, 2021, resulted in Commissioners Phil Chang and Tony DeBone directing County staff to proceed with a Request for Proposals for a detailed design and construction plans for a reconfigured Worrell Park and expanded Wall Street parking. Commissioner Patti Adair opposed this direction and to removing the large trees at Worrell Park.


According to a memo from Phil Chang this proposal is estimated to cost $2.5 million and would provide additional parking to meet the needs associated with the planned expansion of the Courthouse, reconfigure Worrell Park for more parking and be more useable and functional and to make the Deschutes County Services Building more visible and inviting from Wall Street and the neighborhood.

Worrell Wayside was created by County Commissioners on September 24, 1997, for public purposes. There is nothing else like this 1.29-acre park in the heart of downtown Bend. This is a legacy designation which should be managed and maintained as a park, not be a convenient (and expensive) alternative when additional parking is thought to be needed for a future expansion of the courthouse. Open space is disappearing in our rapidly growing city. A reconfigured Worrell Wayside will be forever changed; its topography, its vegetation, and its primary use as a County Park for the enhancement of public access and recreation.

Visit Worrell Wayside, it's located next to where you can drop off your ballot. Take a stroll up one of the trails, observe the view of the Cascades, enjoy the shade of the ponderosa pines and junipers at a bench or table, keep an eye out for watchable wildlife. Contact your commissioners and city council about the need to retain Worrell Wayside as it is. Don't let this site become a memory.

It is heart-wrenching to see so many people trying to find a place to live in Bend while the City continues to issue short-term vacation rental permits to capitalists whose only concern is making as much money as possible from their houses. When long-term residents lose their rentals for whatever reason, many are forced to leave their city. Even with entire neighborhoods and large apartment complexes being rapidly built throughout Bend, the housing problem remains. Television ads encourage people to rent their spare rooms to people who desperately need a place to live. Homeless people camp in the few vacant lots they can find, and the ones with vehicles camp in the surrounding forest and desert.


Kids learn on Halloween that candy is good but too much makes them very ill. Similarly, some tourist dollars are good but too many make our city very ill. Short-term vacation rentals should never have been allowed in our residential neighborhoods to begin with because they are businesses, not residences.

The short-term vacation rental program that the City of Bend operates should be immediately phased out and no new permits should be issued. If our city councilors will not do this because of the tax dollars which the program brings in, then the elimination of this program should be made a ballot measure. It is unethical, unconscionable, despicable and downright immoral that the holy grail of tourism dollars takes precedence over the suffering of so many of our residents!

Eddie: Our editorial board has taken the same position in recent months. We need every tool in the toolbox to ensure that young people and those striving to maintain or achieve a decent quality of life can do so in Bend. Come on down for your gift card to Palate on us!