Fires are already burning across the West. Record-setting temperatures are anticipated over the weekend. Festivals are starting to pop up around the region. Seems like a pretty average summer week in Central Oregon, right? As much as we'd rather not see "summer season" become ever known as "smoke season," this year's dry conditions don't seem to promise much else. 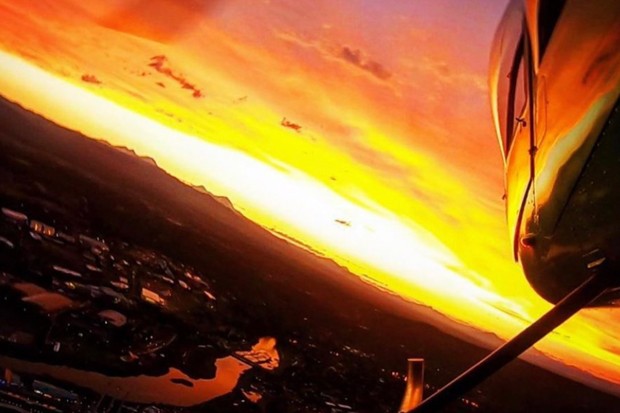 This week, some of Central Oregon's thought leaders weigh in on fires, droughts, affordable housing, homelessness and so much more in our feature on Making Central Oregon a Better Place to Live. We hope you enjoy their perspectives and insights as we move through the first week of what could be an eventful summer.

An op-ed in the Source (27 May) recounted the woeful tale of Mirror Pond. It described the recent convening of a Fish Passage Committee as part of an endless trail of bread crumbs through a thicket of debate, delay and indecision. It is true that the Mirror Pond puzzle is complicated. But here are some thoughts from an experienced scientist.


The Newport Dam made power for early Bend and it made a scenic pond for lucky homeowners. The 100+ year old dam originally had a fish ladder which became inoperative in the 1960s. The dam has blocked fish migration for the six decades since then. Pacific Power promised to restore passage, but never did. Seen in this light, fish passage is not a new issue.

Fish passage is a "cross-cutting" topic. Everyone likes fish. Everyone wants a healthy ecosystem. Fish passage means a healthy river and a healthy tourist economy. In recent years, millions of public dollars have been spent for habitat and flow restoration in the Deschutes River including passage at North Unit's dam and other locations, and additional publicly financed projects are planned.

When one considers further steps to restore and sustain the once-world-class upper Deschutes fishery, our attention turns immediately to the dam: its health, finances and future. And most importantly the dam needs to accommodate fish passage. The 100-year-old dam has been patched and repatched many times. It has many engineering and safety issues. The tiny amount of electricity produced is minuscule by today's standards. The dam is an obvious financial burden. Pacific Power said they would remove it in 2014 but changed their minds in 2016. They can change their minds again tomorrow.

Two large hydropower dams on the Elwha River in Olympic National Park were removed in 2011. Like our dam in Bend, those dams were 100 years old and didn't have the fish passage required by law. When dam removal was proposed, 30 years of debate, technical reports, public meetings and legislation ensued. I was Park Service Research Coordinator at Olympic for the last 13 of those years. In the end, when all was said and done, the dams were removed because no one was willing to pay the millions it would have cost to refit these 100-year-old structures.

The lesson of the Elwha applies directly to our situation in Bend. Here, commercial interests have muddied the waters. Pacific Power seems to hold public interests hostage because they own the dam and can decide what to do with it. Good citizens... Focus on fish passage! The Fish Passage Committee was created by the City and Bend Parks to consider options. But any option will cost money and all of those costs center on the dam. It is my bet, that in the end, when all is said and done, no one will be willing to pay those millions. The Fish Passage Committee is not another bread crumb... it is the sword to cut the Gordian Knot.

— Dr. Jerry Freilich is an aquatic ecologist recently retired from a 25-year career as a scientist in six national parks.

My name is Katherine.


I'm writing in partnership with the Oregon Sex, Workers Human Rights Commission (oregonsexworkers.com) and in preparation for the July 15 event re: Decriminalization of Sex Work.

And I love my job.

Unfortunately, because of criminalization, sex workers experience an increased risk of violence from clients, law enforcement, abusive partners and fanatics. We need to decriminalize.

We cannot afford to pander to ignorance and fear. For the health of individuals and our community, sex work needs to respected and appreciated. A first step is decriminalization.

I ask you to support us in our efforts to decriminalize sex work, and I ask our lawmakers to do the same.

—Katherine (last name omitted at the discretion of the editor)

Every city should set up an urban campground for people living in tents or RVs, a place with bathrooms and garbage service. A longer-term solution is to construct legal trailer parks for those who own an RV or could afford to buy one, where people could create a real home.


But most city officials and many homeowners look down their noses at people who live in trailers. Maybe that's why there is an acute shortage of trailer spaces to rent in Redmond, where I live.

If you own property and want to let a friend or family member park an RV on your land and live in it, then you are violating the city code. This activity is classified as a nuisance, along with having trash or abandoned vehicles on your property. If we truly want to house people, then we need to change these laws.

Denise: Code changes can and do make a difference for those needing housing in our region. Thanks for bringing this to the attention of our readers. Come on by for your gift card to Palate!