Bend Roundabouts, No fossil fuels by rail in Bend without adequate insurance,Gun violence and More Bread Crumbs for a Solution on Mirror Pond

It's not officially summer just yet, but it sure does feel like it! This week's issue is packed with events and happenings that seem to be roaring back to life in 2021. From a look at all the farmers and artisan markets found in our Chow section, to a list of some of the running and biking (and triathlon) races found in Central Oregon this summer, to more awesome concerts found in our calendar, it appears that summer activities—especially ones taking place outdoors—are moving full steam ahead. And with Memorial Day behind us, in addition to memorializing those who have given their lives in service to our country, I'd like to say a thank you to the health care workers who continue to strive for a healthy community. With our hospital full over Memorial Day, they deserve our recognition and thanks. And finally, congrats and a job well done to the Class of 2021, graduating from local high schools this week. What a feat in a tough year! 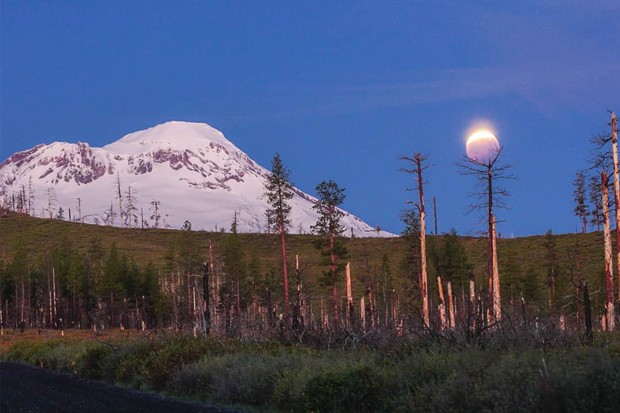 A recent Letter to the Editor contained misleading information regarding the use of roundabouts. According to the Oregon Department of Transportation (https://www.oregon.gov/ODOT/Engineering/Documents_RoadwayEng/Roundabout-Driving-Brochure.pdf):


"A driver approaching a roundabout must slow down or stop for vehicles stopped ahead, yield to pedestrians in the crosswalk, and yield to traffic already in the roundabout. Then it's a simple matter of a right turn onto a one-way street. Once in the roundabout, the driver proceeds around the central island, then takes the necessary right hand exit." It goes on to say: "Do Not Stop in the Roundabout" (their emphasis, not mine). The intent is to only yield to cars in the roundabout, then enter the roundabout where you have the right of way.

There is no need to alternate cars (as in a four-way stop) as the letter implies. Additional stopping will lower the traffic flow (cars/hour) through the intersection defeating the roundabout's advantages. At times it may be stressful to need to wait for a line of cars before you enter, it is overall more efficient than either a four-way stop or a traffic signal.

Although well intentioned, Cindi Garvie's letter "Bend Roundabouts" in the May 27th SOURCE does more harm than good when she erroneously states "EVERY OTHER CAR" is allowed into the roundabout between those cars already in the circle.

Oregon ODOT has an excellent two-page pamphlet, with diagrams, online which explains the actual law.

Specifically, ODOT states a roundabout is "...a series of T-intersections where entering vehicles yield to one-way traffic coming from the left. A driver approaching a roundabout must slow down or stop...and yield to traffic already in the roundabout." The pamphlet also states in bold letters "DO NOT STOP IN THE ROUNDABOUT".

I am surprised the Source would print such a letter without first verifying that it correctly describes Oregon traffic law.

No fossil fuels by rail in Bend without adequate insurance

Thank you to Bend's Environment & Climate Committee for recently reviewing a draft resolution that formally opposes dangerous fossil fuel trains passing  through our town and then bringing it to the attention of the City Council. The Council has been very proactive in asking the experts at the ECC to review the ramifications of a potential spill or explosion and protecting the future of our community. Please join efforts by signing this petition urging the council to act:  https://actionnetwork.org/petitions/regulate-flammable-oil-and-lng-trains-in-bend


In times where we are required by law to have car, health and other insurance, why is it that big oil is not required to have adequate insurance coverage to transport by rail and clean up an accident?

A fatal accident in 2013 spilled 1.6 million gallons of oil, caught fire as a result of a runaway train in Canada and cost taxpayers $2 billion to clean up. A Union Pacific train hauling 96 tanks of crude oil derailed in Oregon's Columbia River Gorge near Mosier in 2016, spilling 42,000 gallons and sparking a large fire. 147 residents were evacuated and the clean-up was a massive effort with estimated costs around $8.9 million.

Deschutes 350 and Bend residents who are concerned about the safety of our community urge the Bend City Council to pass a NO Fossil Fuel by Rail Resolution.

Please join efforts by urging the council to act: 350deschutes.org/oiltrains.

Flags are at half mast again this week after yet another terrifying mass shooting.The tragedy is in another state, is one of so many, and so often we feel powerless to stop the awful loss. Every day, more than 100 Americans are killed with guns and more than 230 are shot and wounded. What can you and I do after all? There is something simple each of us can do.We can remember lives lost to gun violence and take even one simple action to raise awareness about this public health crisis.


The 7th National Gun Violence Awareness Day will fall on June 4 and this kicks off Wear Orange Weekend on June 5-6. Stand up and wear something orange to raise awareness, speak out to even one other person or thank Bend Representative Jason Kropf for supporting the gun safety legislation passed this session.

We in Central Oregon face the particular challenge of suicide by guns. Suicide by gun is gun violence. The rate of gun suicide in our counties is among the highest in the state. and Oregon has the second-highest rate of suicide among all 50 states in our country, most of which are by firearm. When we raise awareness, we can work together to find ways to save these lives, the lives of our families, our neighbors and our friends.Together we can build a future free from gun violence and the place to start is with each of us taking a simple step.

RE: More Bread Crumbs for a Solution on Mirror Pond, Opinion 5/27

Sedimentation of the "pond" is exacerbated by the annual flushing of the river by irrigation releases from Wickiup. These releases erode the banks, widen the river and deposit silt in Mirror Pond.


Speaking of the spotted frog, this annual scouring "has created a wide gulf of land between riparian vegetation and the river's edge, both of which the frogs need to survive" (OPB). Perhaps introducing the spotted frogs to the pond, where the water level is more constant, would be beneficial.

Thanks for your comment, Geoff. Come on by for your gift card to Palate!