Chicago, Confederate flags, like a phoenix, mask mandate, worshiping and up in flames

Masks are back, indoors and out. Vaccinations are becoming required in a number of settings. The National Guard arrived at our local hospital this week. Local vets are weighing in about their time in Afghanistan as they see refugees clamor to get out. 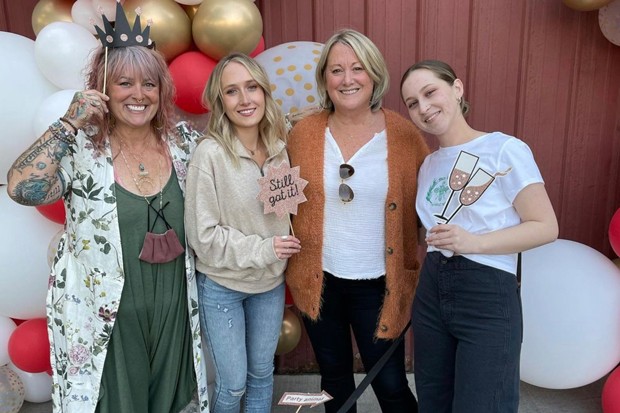 Anything else big happen this week? Some of those topics are covered inside the pages of this issue—alongside more local stories of art shows that are pressing on amid new guidelines, restaurants that are returning after a long hiatus and one about how local efforts are aiming to combat the effects of climate change in one local stream. Lots to read; lots to ponder in this weird, wild world we find ourselves in. Have a great week, Central Oregon!

Have loved this band since day 1 (of course, Blood, Sweat and Tears also lead with the horns, but were sort of jazz-rock;-) — but I have loved most of their stuff, including the softer '70s/'80s and especially their Big Band album in 1995. Great stuff!

There is a place for the Confederate battle flag, but not in the same place and flying in the same breeze as the American flag.

RE: Like a Phoenix, We Can Return to a Better, More Selfless Version of Ourselves. Opinion, 8/19

I commend your editorial board for trying to reason with unreasonable people here in your article.


But at the end of the day you are still trying to convince unreasonable people to be reasonable.......and so far that does not seem to be working with this new form of American.

Why do two Deschutes County Commissioners oppose a mask mandate?

Here's an email I sent to the Commissioners on 8/17/21: I want to acknowledge the County's success in achieving a high vax rate compared to our neighboring counties in "greater Idaho." However, I'm disheartened by Commissioner Tony's stance against the mandate requiring masking in public and indoors.


This isn't political; it's PUBLIC HEALTH! No one has the "freedom" to assist COVID in sickening it, killing members of our community! Have courage, follow the science and epidemiology and the Governor's orders! It's just like requiring seatbelts or motorcycle helmets.

Finally, thank you, Phil Chang, for being the only commissioner who is reasonable and follows the science and truly caring for the community at large, rather than capitulating to the vocal minority of anti-maskers and anti-vaxxers.

True leaders should clarify that ignoring public health measures is antisocial, selfish, and won't speed our recovery from this virus; in fact, it will (has already!) make it worse and guarantee a lousy 2022. Unfortunately, future election cycles may find you on the wrong side of issues like this. Thanks for considering my concerns.

Don't bug us, we are worshipping

During this ongoing epidemic the churches are performing somewhere between unevenly and quite badly.


Some of the earliest and worst spreader events were at regular or annual-type meetings held almost to spite authorities.

Then, when stricter policies were enacted, churches cried First Amendment foul and even sued to be relieved of the large gathering guidelines they were subject to. They wanted to be treated like the God-favorite citizens it has always been clear to them they are.

This is a strange record for a western religious tradition linked heavily to high achievement in medicine, underscored by the personal public health leadership of figures like Moses, Jesus, and Muhammad.

Churches today refuse to let go of theology even for a minute in order to survey what they might learn from history, law, health, science.

In the very old days, before the teachings of the great prophets dried up like dew on a blade of grass, religion made an effort to encompass and explain everything: nature, nurture and nations.

But gradually, as the world just got too complicated, the churches narrowed their purview down to a few things whose reality can be known (like love and kindness), and others whose reality is less obvious (like the efficacy of sacraments, the substance of miracles, and the society of the afterlife).

How is it, then, that we will ever banish ignorance and violence, given that the state lacks ethics, and the church lacks science?

I worked as a nurse for over 35 years, Medical, ED and Cardiac Care. I have worked as staff for 30 of those years with a stint in management (emergency department). I can say that burnout has been in effect since hospital reimbursements fell off in the late 80s. Working 12s with no lunch, no break was the norm and we didn't have to do it in sticky, confining, hot PPE. Staffing inadequacies have been an ever present factor in healthcare. As an ED manager years ago we switched to 12 hour shifts because you needed fewer nurses!


When you add the unbelievable amount of stress to managing a work environment under COVID, I can't even imagine. Seriously, do we think these caregivers are replaceable robots? This crisis has revealed all the weaknesses in our system of healthcare. From staffing, to equity of care, to access for all citizenry, supply logistics, care delivery systems, the list goes on and on.

All facilities are understaffed, professionals are leaving, people still working are left with such a desperate situation that I fear soon there will be hospitals and long-term facilities closing. This is not a good time for that.

My heart and my gratitude to all who continue to show up.

Marilyn: Thanks for your encouragement and the little window into the world of a nurse. Come on by the Source for your gift card to Palate! (The office is once again closed to the public due to our "friend" Delta, but call when you're outside and we'll be happy to bring your card out to you!)