You might have heard the tales second- or third-hand: The Oregonian who, after not receiving unemployment checks throughout the pandemic, now has a stack of checks, received all at once. (Or maybe you are one of the people it happened to!) In this week's feature story, Laurel Brauns chats with people experiencing that, as well as some of the employers who now find themselves challenged to find employees, and the people still waiting for word—any word at all—about their unemployment claims. 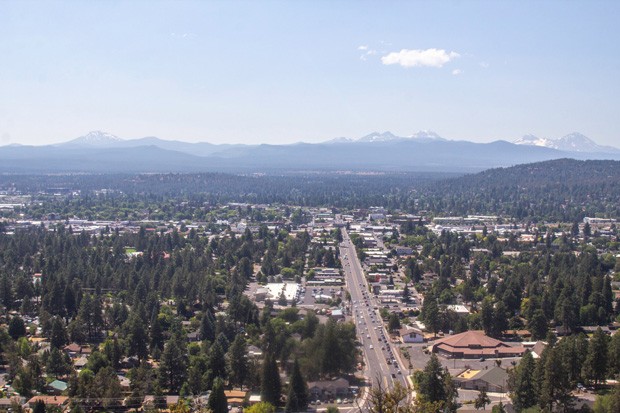 With over 550,00 Oregonians claiming unemployment benefits since the pandemic began, the story gives readers just a small glimpse into the realities and fallout from this pandemic. As we continue to cover various sides of this unique time in history, these stories of real-life people going through extraordinary times are the ones we enjoy bringing you the most—even if the stories themselves present dilemmas that no one person can solve on their own.

Time to Wake Up

I see you. You think you have safety in numbers. You do not. Your hatred stems from ignorance. Black Lives Matter is not a terrorist group. I wish there was a way to convince you. I guess we just have to keep saying it. Over and over. Our police forces were formed to uphold slavery. Slavery never ended, it only evolved into a new system. Our whole "justice" system is built around the concept. It was built this way on purpose. Poverty and homelessness are not crimes. But the system decides what is a crime. Cops decide what is a crime. They can be judge, jury and executioner in the street and walk away unscathed. This is what needs to change. This is what people are protesting. Systemic racism is embedded in your mind. You must educate yourself. Change your own mind. Why would over 5,000 people rush to the streets of Portland to stand face to face with federal forces, knowing they could be injured or killed? Because. We have to take a stand against this racist system. "With justice and liberty for all" includes our sisters and brothers of color. The reality that they do not receive the same type of justice or liberty has been revealed. It's time to look at it. White people, it's time to change. Yes, it's scary and upsetting. Be your own hero. Be brave. Stop the hate. Stop being ignorant. Learn something new. *defund the police* *fund community safety and support* Thank you.

I just had to respond to one of the delusional opinions I've ever read. Mr. Airey thinks that a group of teenagers is congregating closely and without masks because they are spoiled by the "white entitlement" "perpetuated" by their "parents, pastors and politicians".  Utter nonsense! It's the age-old problem of teenagers' belief in their invincibility, regardless of race. There are enough important issues of racism that it doesn't help making up nonsense. And you push moderates to the right.

If he wanted a decent answer as to the reason they weren't wearing masks why not ask the one who answered him nicely instead of the repulsive kid? He thinks white adults will excuse all this so  he wants us to imagine "...if the boy ( or the entire crowd) was [sic] black." (It's "were" Mr. public high school teacher!) Ok, I'll imagine. Having grown up in New York and lived in LA and Oakland, I know he'd have a good chance of being blown away for his confronting a group of Black teenagers in the "wrong" neighborhood. Same if he were wearing the wrong colors or had expensive sneakers. He seems to be suggesting a group of Black kids, or Latino, or Asian, or any non-white would certainly be wearing masks. [Note: Oakland, 64% non-white, is experiencing major infection rates because of the ignoring of mask use. Photos show many are teenagers. And not "privileged" white ones.]

I've been stunned by the prevalence of the ignoring of proper Covid safety protocols in Bend by all ages. I'm afraid stupidity regarding the virus knows no color, no age and no gender boundaries. However, one notable specificity is it's overwhelmingly predominance in the right-wing/GOP political groups, which tells us about a lot more than just about their Covid ignorance. Of course, for many, their science-denial obsession is due to the blind support of the present Offal Office Occupant, who, along with many Republican officials, has made Covid yet another divisive political issue. He didn't need to. He didn't invent Covid. However, it did become another facet of his incompetent and ignorant handling of national issues, this one directly killing people. But I digress.

Having moved here from Oakland, CA, I'm always humored by the Caucasians here who so strongly denounce the overwhelming whiteness of the Central Valley. Yet they're here, often having chosen to move here, despite the supposed importance of "cultural diversity" to their morality. This strikes me as hypocritical. Of course, they can always assuage this discomfort by moving to Oakland.

RE: The Governor's Guidance is Enough. We Don't Need Other Public Entities Creating a New Playbook. Opinion, 7/30

In reading this piece, I am feeling extremely frustrated with the decisions our local leaders have been making in our city. It is now final that public school with BLS will continue to be remote learning and we are not going back to school in person. This is not the fault of BLS as they are moving forward with caution. This is the fault of our Mayor, Sally Russell and the City Manager and Council Members for not closing down bars, Airbnb's and vacation rentals and having a plan in place to help those community members who have these investments in the community afloat. Our leaders have put children and families at risk.

Just driving downtown you can see license plates from California and Washington. People not wearing masks or social distancing. Throngs of people at the river and not a lot from here. In fact last week on a local news station they were interviewing people from out of state at the river and these people did not have masks. They were here because their communities are shut down!!!!! So let's come to Bend and infect them!!! Seriously, did our leaders not have the foresight in reopening?

So, where are our priorities city leaders? Is beer more important than an education for our children and parents getting back to work? What are working parents supposed to do? " Here's your I-pads kids, I am off to work." NO! This is not an option. This is going to cause a far more devastating economic impact on our community than losing a few bars and people having to sell off their Airbnb or STR investments. Question, do you community leaders have these types of investments in your portfolios? I am seriously questioning your interests at this point.

Please shut down our town to tourists and close down bars so we can get our kids back in school maybe by November. We need leadership right now.

A tale of courage and compassion

A marvelous Mom brought three children to our Black Lives Matter demonstration educating them to be decent human beings.

The children had made Black Lives Matter signs to express their support for people of color in a public space with community members opposed to racism.

A white male supremacist positioned himself in front of our group spewing white rage hatred replete with vile obscenities. He targeted the children shouting that they should not believe or trust anything the demonstrators or parents told them.

The children were terrified and the youngest was crying. The mother did not engage in his tirade but simply took the 6-year-old child away from the scene to comfort her.

Then this amazing mother brought her back to the group so the child would not feel like a victim of this disgusting man. She empowered the child who gave each of us, including the racist, a BE GOOD, BE KIND sticker.

My heartfelt cheers and admiration for an extraordinary mother, a woman of courage and compassion.

Sue—Thanks for sharing this moment with us, and for exercising your right to petition your government for redress of grievances!