Service & sacrifice; a Vietnam vet on why the president is not fit to be commander-in-chief

Happy fall! In the midst of all the fires, protests and election season drama, I think it's safe to say that most Central Oregonians were thrilled with the good news of seeing a few drops of rain fall this past week—and to see a cooler season approach—at least as it pertains to tamping down Oregon's massive fires. How will it affect the pandemic? That's another story. 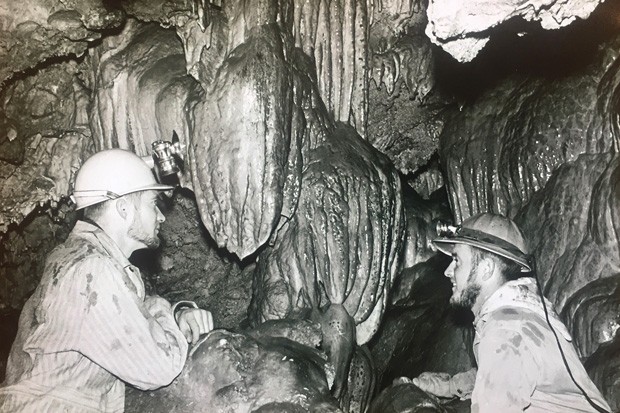 As we fall into this new season, we're watching closely to see the progress on the many fires still burning in Oregon. This week, we're bringing some of the stories of those affected by the fires—and the story, in our Chow section, of how restaurants are mobilizing to help. With so much happening, there's plenty of support and mutual aid to focus on.

Service & sacrifice; a Vietnam vet on why the president is not fit to be commander-in-chief

Senator John McCain spent nearly six years being tortured as a prisoner of war. The president said "he's not a war hero" and called him a "dummy."

During his 44 years in the Marine Corps, Secretary of Defense James Mattis received multiple military awards including the Bronze Star and Combat Action Ribbon. The president called him "the world's most overrated General."

The Russians paid to have U.S. troops killed. The president did nothing.

Lieutenant Colonel Alexander Vindman served in the Army for more than two decades, receiving the Purple Heart after being wounded in combat. The president called him "insubordinate" and stated he received poor performance reviews.

Senator Tammy Duckworth lost both legs in combat.  The president tweeted a comment calling her a "coward."

Former FBI Director Robert Mueller received the Bronze Star and Purple Heart for his service in the Vietnam war. The president called him "a fool."

When the president was queried regarding his multiple draft deferments he replied, "You think I'm stupid, I wasn't going to Vietnam."

The president considers our troops who died in combat as "losers" and "suckers."

As a Navy hospital corpsman serving as a combat medic in Vietnam, I provided emergency medical care for wounded and dying Marines. These men were not "losers" or "suckers."

Active duty military personnel and veterans know what it means to serve and sacrifice for our country.

Service and sacrifice mean nothing to the president. He has no respect for members of the military. He insults veterans.  He is not fit to be commander-in-chief.

Just like the Cleveland Indians franchise gave up their unbelievably offensive team logo "Chief Wahoo" (also known as Red Sambo) during 2018, after persistent public pressure.  Cleveland will be shamed into finally ridding itself of its racist team name "The Indians" after the current baseball season ends.

In 1996, the Cleveland Browns National Football League franchise changed its name to "The Ravens" after relocating to Baltimore.  So what's Cleveland's argument for keeping the inexcusable team nickname "The Indians"?

Considering Cleveland's long history of losing, any one of these ten alternative team names below would be a much more appropriate moniker for Cleveland's baseball team:

Culture War. This all boils down to poor leadership. Please get out there and vote. This article was well written and makes very strong points. Where is the leadership for all of us as a community? Our leadership has failed us during the pandemic (schools are not back in but bars are open and occupancy rate is over 95%), failure in keeping housing affordable, supporting equity and inclusion (ICE presence in Bend), failure in transportation, continuous building and developing luxury properties without proper infrastructure. You can't complain if you don't vote. Please vote. We have some really great people looking to be true leaders.

While this is a great article highlighting steps that have been taken to mitigate our wildfire risks, I am concerned about how this article makes it appear we are somehow now immune to those risks. I agree these steps are important, but it's also important to highlight the areas that still have a lot of work to be done to create "safe" zones around our city. These measures over the last 20 years have not "fixed" the poor forest management of the last century. We may be working towards a goal of lowering our risk of becoming the next Paradise, but we are not there yet, and this article should make that more clear than it currently does.

Would also be interesting to hear what Bend is doing, or requiring, of developers where homes and businesses are pushing into wild lands. Are lot sizes or density considerations playing a role? Are there greater steps that can be taken beyond roof building codes? Are landscaping/HOA rules being modified to create or mandate defensible space? It appears that when risk is balanced against profit, profit wins.

Ben, Thanks for your suggestion. See this week's News and Feature section for some of those ideas in action. Come on in for your gift card to Palate!