Barry Washington, Jr., Biden Must Do More to End the Filibuster, New Code Changes and more

The first few days of October are bringing plenty of fall cheer to the streets of both Bend and Sisters, with both Bend's Fall Festival and the Sisters Folk Festival back on the docket this year. Seeing live music in the streets is one way to spark the joy that so many of us have been lacking over this past year. Read more about both fests inside this issue. 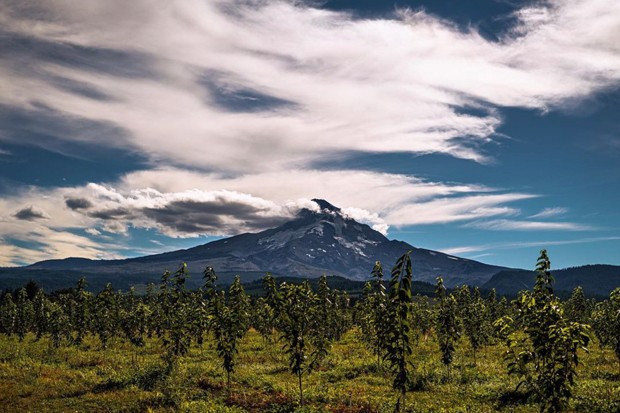 And even while revelers bring the fun to the streets, we can't help but remember that some of those same downtown streets were the site of a massive tragedy for the family and friends of Barry Washington, Jr. this past month. As new information comes out in the case, we're reminded of the immense power and privilege that we in the media hold, as disseminators of information that can mold public opinion. Much has been said and speculated upon in this case, and we take the duty to seek the truth and to serve the public good as among the highest callings of our profession. Sometimes, that means deciding not to share information that could cause harm. Other times, it means sharing the works of others in order to help our community be better informed. We bring the ethics, education and experience we have gained over the years to every one of those decisions—and when or if we get it wrong, we commit to saying so openly and publicly. Thank you for trusting us to bring you the news, information and entertainment you're looking for in our community.

Another soul another boy
another boy's life another mother's
baby another father's son,
another name, another black
body.

"It wasn't police this time."
Wasn't it, though?

Define police—do police only come in
uniforms? In cars and stations?

Or do they come in raised
pickups with American flags,
blue lives matter
decals, code for:
We're watching, aka
we're policing.

Policing is your body believing,
that it needs a gun
to dance. Needs a gun
to protect
your jealousy your fragility
when someone dares
compliment your girlfriend.

How dare he?! Bang
bang! ::sirens:: Silence.
White silence.
Bend's silence.
A culture of violence
of fear underneath all
that Patagonia, inside your
sprinter vans, your
REI tents.

"But we vote blue! Or
purple, at least."

Words mean nothing anymore,
haven't you heard? Radical
change, policy, is the
language we speak.
And we can't understand
you. We can't
hear you.

Will you learn our language?
This way there's no more
miscommunication, no more
Black, brown, trans, immigrant
bodies.

Biden Must Do More to End the Filibuster

We understand President Biden is busy. Between foreign policy crises, infrastructure and the COVID-19 pandemic, he has a lot on his hands.


But I can't help thinking about how his support for abolishing the filibuster in the Senate could help him enact his agenda on all fronts. Most importantly, it could help Biden protect Americans' freedom to vote in the face of relentless attacks on our democracy.

President Biden, for the sake of my right to vote and the progressive agenda we elected you to enact, urge the Senate to abolish the filibuster.

RE: New Code Changes: Some Will Be Welcome, Others Will Require a Change of Mindset Opinion, 9/22

Although we live in an area with cold and snowy weather, it seems like very few folks park their cars in their garage (and it seems most if not all of the newer subdivisions have homes with garages). Maybe it's time for all of us to do a hard look at all of our stuff and do a good purge so less cars are on the streets to begin with.


What would happen if the situation were reversed?

The historical record is clear on the consequences of what would happen if a black man murders a white man.

The black man will be killed on the spot or cops will either kill or brutalize and incarcerate him when they arrive.

The black man will have zero possibility of bail and will not be deemed innocent until proven guilty.

A white Attorney General will deny that racism is a factor.

A white prosecutor will determine the parameters of the case.

A white public defender will be appointed to represent the black man.

A jury of predominately white people will be selected for a trial.

The black man will be sentenced by a white judge to be imprisoned for life or executed in States with the death penalty.

That is the historical record when a black man is accused of killing a white man.

How will the justice system function when an unarmed black man is murdered by a white man in our community? Will there be justice for the black man and his family or will white racism prevail?

Thanks for your perspective, Sue. You get letter of the week!