Enough Love: A climbing group wants to build a guest house adjacent to Smith Rock, a place some claim is already "loved to death." Meanwhile, a new Master Plan for the park is still in flux. (12/6)

Related Enough Love: A climbing group wants to build a guest house adjacent to Smith Rock, a place some claim is already "loved to death." Meanwhile, a new Master Plan for the park is still in flux.

Enough Love
A climbing group wants to build a guest house adjacent to Smith Rock, a place some claim is already "loved to death." Meanwhile, a new Master Plan for the park is still in flux.
By Caitlin Richmond
Local News

I understand there is a fourth plan for the park now, which I would like to see before commenting. Currently, the only protest I have is not to put the bivouac area up on the north loop parking portion (#3). The loop area is the best place to view the eagles nesting in the spring and is convenient for those visitors who just want to look for a short while and leave. I think there should be two hour parking in that area to provide access for short-term visitors.


Yes, don't forget that Terrebonne is a place of Trump voters, poverty, drugs, crumbling infrastructure and confederate flags waving in the wind.


Thanks for the nice comments, but you forgot "gun totting!"

Related BLM pick is wrong direction for agency: Karen Budd-Falen an attorney for the Bundy clan in the '80s and '90s named the head of BLM.

BLM pick is wrong direction for agency
Karen Budd-Falen an attorney for the Bundy clan in the '80s and '90s named the head of BLM.
Editorial

Do ANY of this administration have experience in what they've been appointed? I mean, come on. Draining the swamp is going nicely I see. How many promises has orange Mussolini broken now? I've lost count.

Hope she can straighten out the BLM folks who treated public ground like their own little kingdoms.


Everything to do with Trump is in the wrong direction.


She will probably listen to the ranchers and loggers and farmers and not the crooked businessmen in government. At least I hope so.


Budd-Falen is no good. She will sell out the public interest. She will have to stop openly selling her lies about land ownership throughout the west to the broke frustrated counties. Maybe that is a silver lining in this cloud.


You can't have it both ways.

You are dissatisfied with the outcome of the court case involving Bundy and elated with the outcome of the Supreme Court case involving Budd-Falen. In each case the justice system weighed the facts and reached a conclusion. There are always folks on both side of every issue that are trusting the courts to apply the laws as written, leaving one side happy and the other "dismayed."

It may be time for a BLM manager that manages public lands for the public, not special interests.

How can you forget, the established protocol is not working? How many mass murders need to occur? My idea of a truly free country, is one where I don't need a gun to protect myself. 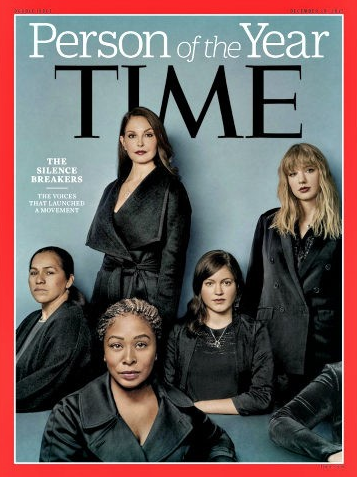 In Response to, "The Silence Breakers: Time Magazine's Person of the Year (12/6)

Since Drumpf wanted to be on the cover, it would have been nice if they'd included a pull out section with just his accusers.


They could probably fill the whole damn magazine with his accusers!!!


...Been going on since the beginning of recorded history, and beyond, no doubt. We used to be labeled with ugly names, hung, stoned, witch trials, lost jobs/husbands, ...all out of intimidation and fear.

It happened to me. Most women, I suspect. Maybe we can learn how to draw the lines for ourselves out of all this.

In Response to, "Elevating Women in Politics." Emerge Oregon offers resources to Democratic women looking to throw their hat in the ring. (11/30)

Related Elevating Women in Politics: Emerge Oregon offers resources to Democratic women looking to throw their hat in the ring

Perhaps six or eight years overdue, this article, but better late than never. Jodie's right, get comfortable being uncomfortable, and you'll affect change without even trying. And 'man' do women (all of us, really) need drastic change from the disastrous aggrieved white male idiots that are steering the ship into the fucking ground.

While I'll vote for a D over an R every time, a D woman over an R (inevitably 90 percent of them stupid angry white men with zero knowledge outside their own biases) is even better!

Peter—Definitely comfortable being uncomfortable over here. Come on in for your gift card to Palate!