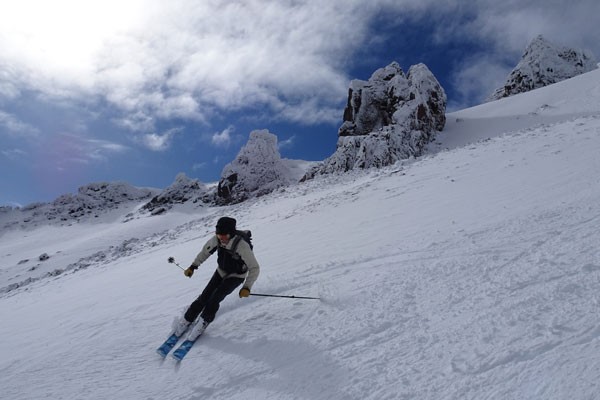 What Bend really needs most at this time, considering how destructive the popularity, it is increasingly not enjoying is becoming, is a good eruption from one of the little sleeping volcanoes to the west, accompanied by a good easterly blowing wind.

Once a few feet of ash come down, followed by more and more from subsequent eruptions, you can bet your biffy "for sale" signs will be going up all over town (westside too) and most of the recently arrived immigrants will be morphing into soon to be departing emigrants.

This is just what the doctor ordered and just what the patient needs, as the patient is being loved to death, obviously. Rumor has it that a group supposedly "on very good terms with Mother Earth" is working very hard to make sure this fantasy becomes reality. Hopefully they will succeed.


In Response to, "Sen. Merkley Speaks About Healthcare. This is not a drill: TrumpCare is back." (9/18)


Let them pass it. They will look like idiots and will be voted out 2018. Then YOU and the rest of the Dems can quit being neo-libs and put universal healthcare in.


That is screwing a lot of Americans for political gain.

When a thunderstorm prevented Rodrigo y Gabriela from performing at nonprofit venue Britt Festivals last month, a full refund was an option.

While I understand SFF incurred costs, the consumers purchased a product and didn't receive it so I think a full refund is in order.


How about the ability to attend for free next year, with a confirmed purchase of the 2017 event ticket.


In Response to, "Beloved Bartender: Local bartender rose from runner-up to winner at Bite of Bend's Bartender Brawl." (8/7)


In Response to, "Inside the Opioid Epidemic: The family of a local orthodontist speaks out about drug addiction and its irreversible consequences." (9/20)

As much as I am sorry to hear Dr. O's story, I don't see much concern for patients like my son. He has received 2 years of poor care (broken brackets, "pokey wires," etc.) and now needs to have his braces removed and start all over with a new orthodontist. Dr. O did not even put brackets on several of his teeth. The new orthodontist will need another year to correct some issues that Dr. O did not address.

Dr. O's health problem will end up costing me several thousand of dollars more than the several thousands I have already paid. Dr. O sent out a heartfelt letter to his patients but I think he should have also returned the money we paid him.

In the end, we spent a lot of time, money and discomfort over the last 2 years. All we have to show for it is another year of braces and expenses. Another year in braces for a 13 year old is a big deal.

It also bothers me that my time and hard earned money feed another's drug addiction. I also think the Board of Dentistry deserves some heat for placing Dr. O's confidentiality a higher priority than the health of the pediatric patients in his practice.

And the above article mentioned he was clean and sober at work for several months. B.S — We saw him tired and haggard. He was late. He cancelled appointments. He no-showed us. We all felt bad for him because his kids were not good sleepers and keeping him up all night. In hindsight, there is no way he was sober.

I hate to say it but Dr. O's problem went way beyond just him and his poor family... We all got screwed too.


In Response to, "Homelessness is Not a Crime. But Good Luck Ticketing Them For It!" (9/20)

It's absolutely ASTOUNDING that the Bend City Council all of a sudden cares about the ADA (American Disability Act). After decades of abdicating their authority and mandate to comply with the ADA they now use it as a weapon against the poor, homeless and disabled living on the streets.

WHAT A VILE DISGUSTING group of people!!!!

Just want to point out, however, that sit-lie ordinances were not in fact eventually ended in Honolulu. They have continued, with a series of bills incrementally expanding the sit-lie prohibition zones and street segments.

Instead of following the model of other cities that—at the very least—set up sanctioned areas for overnight parking and locations for longer term residency for the houseless, Bend—shamefully—choses to crack down.

Despite the much heralded new economy, with its record breaking Dow Jones, I am noticing am alarming increase in homelessness in the areas I most frequent: the I-5 and Highway 97 and 101 corridors.

Greg Walden's Congressional District continues to have high levels of poverty and food insecurity. The unequal society is upon us. City governments have often been called the laboratories of democracy, but how sad to see Bend follow the example of governance by heartlessness now championed in Washington, DC.


LETTER OF THE WEEK

Foster: Thanks for continuing to be a voice continuing to point out and work against inequality. Come on in for your gift card to Palate!