Letters to the Editor - Week of July 9

When we set out to do this week's cover story on the effects of a slower tourism season on Central Oregon's economy, we started with the assumption that there would be fewer tourists here for the summer than we've seen in other years. Imagine our surprise when we saw that hotels and short-term rentals saw a 92% occupancy rate during the last week of June, as reported in Laurel Brauns' story on page 10. 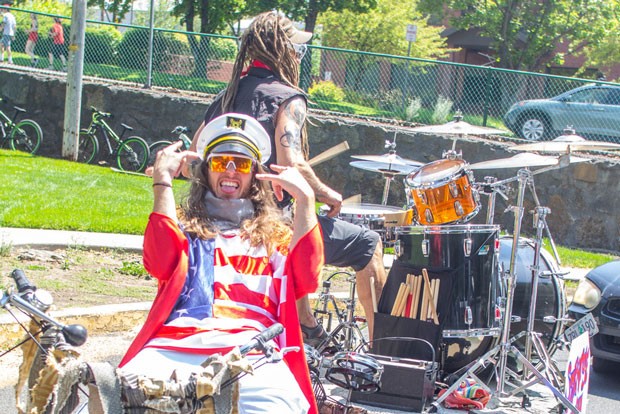 That was stunning. And while local governments will still feel the effects of less tourism revenue this year, the overall picture is something of a mixed bag—much like the ongoing debates around mask-wearing, herd immunity and so much more. Will Central Oregon fare better economically, as an inbound destination for so many regional visitors? Does our clean air and abundant sunshine factor into a death toll of exactly zero for the tri-county area? Will U.S. law enforcement agencies finally eradicate their systemic racism?

If anyone tells you they know all the answers, you can be sure that they don't—but these are the questions we continue to ask.

Homeless Encampments in Downtown Bend, Coming to Your Neighborhood Soon


I was struck by last week's apparent success story about the dismantling of the homeless encampment at Juniper Ridge.  If you are wondering where these folks went, take a look at the Revere Ave./Hwy 97 interchange, Bend's new satellite dump site located on 3 sides. This complex has been expanding since early March and is being ignored (in effect, sanctioned) by ODOT and the City.  This is ODOT right-of-way.  If you inquire with ODOT, the City, Bend Police, etc.  Forget about "Trespass", which is clearly posted throughout the interchange.  The have been directed to "Stand Down".  They are likewise letting public safety and health (I.e. sanitation) slide.  And they are most certainly ignoring the impact on the adjacent (literally across Wall St.) neighborhood, which is, unfortunately, where I live.

Our "Leaders" hang their hats on ODOT's interpretation of the CDC's "Interim considerations for encampments among unsheltered homeless populations due to COVID 19." They will declare these considerations as "CDC guidance," while totally ignoring the not-so-fine print. In addition to suggesting not moving the encampments, it includes a list of companion considerations which address sanitation (like restroom facilities, onsite fresh water and hygiene availability). Take a look at this encampment and tell me that any of that exists.

Perhaps you can envision one of these encampments in YOUR neighborhood. Under the present regime in Bend they can, and will, end up anywhere.  And they will proliferate and flourish, because elected officials, $6-figure/yr. City staff, and an ambivalent public goes along.

This interchange is the primary gateway for people visiting Bend.  Tourism resonates here!  Just think about what our deep-pocketed visitors (and future residents), think when they see this quagmire on the way into town.

A very sad commentary on Leadership.

In response to "It's Time to Up Your Mask Fashion Game: Face Coverings Now Required Indoors in Oregon" 6/29, via bendsource.com

(1) Masks work. At the hospital where I work in the Bay Area our policy of consistent mask wearing and scrupulous hand washing has flat out prevented the spread of the virus to a large long-term care facility located just steps from our COVID-19 floor.

(2) Masks will help usher in the safe, steady, uninterrupted economic reopening we all desire.

It is interesting and indicative to note that the "Central Oregon PeaceKeepers," whose FB page advocates the injuring, beating, and even killing of police officers (read the posts of its members on their FB pages), has offered that Chief Kranz is "Unacceptable!".

This mirrors their recent effort to see Chief Cummins in Prineville terminated (Twenty-five protesters showed up and there was no counter protest, so it was over before it began.)

This is the "strategy" this group is taking and it reflects their hatred of law enforcement and their apparent inability to seek positive relationships and communications such as the Central Oregon Black Leaders Assembly has and continues to.

In line with our petition, the Central Oregon Democratic Socialists do not believe the hiring of Mike Krantz was a transparent process, we do not accept the selection, and we ask that the hiring process be reopened until at least one BIPOC candidate and one nonmale candidate make the final round of candidate consideration. For there to be systematic change in the Bend Police Department, we need to begin the process of hiring a new Police Chief in a transparent manner that is open and responsive to community input. I also wanted to share two groups - the Central Oregon Diversity Project and the Central Oregon Peace Keepers. Both led by people of color and both working throughout Central Oregon for racial justice.

In response to "Pay Your Bail or Rot in Jail," 6/29 via bendsource.com

I implore you to view some of those in jail in Deschutes County. While there may be a few who could be safely released, would you take most of these people into your home?


As a father and husband, I am glad judges are making the decisions and not some biased algorithm like California uses. Even the ACLU, NAACP, and over 100 other civil rights groups know algorithms are not the answer. As to pretrial services; it is either user paid (basically bail) or taxpayer funded bail. Bail exists for only one reason. It is some assurance of accountability that people charged with crimes will go to court. Not all defendants are required to pay bail. Millions are released through unsecured bonds or on their own recognizance every year.

Please look at these defendants and then ask yourself if you think there are too many in jail. With over 1.2 million violent offenses committed each year in this country, I understand why so many are in prison. The US does not have a bail issue, it has a crime issue.

A friend of mine the other day responded to a "What's up?" note from me..."I just reread the 'Declaration of Independence'," she said.

Huh?! I admit it's been a  l-o-n-g time since I'd taken a look, recalling only an opening few words "When in the course of human events..."

This morning, having enjoyed last night's fireworks in celebrating the 244 years since our forefathers' crafting of the independence document, I took a full reading myself.

I'm no historian, and am not qualified to argue chapter and verse. But as a somewhat intelligent (arguable?) person, I found it interesting that the general tenor of those early American comments and basis for their declaration of freedom from an overarching power certainly seem to have similarities even today.

Overlaying the expressions of two and a half centuries ago matches many of the issues I'm seeing/hearing expressed today. It reaffirms for me that righting past "wrongs" is an ongoing process and clarifies why so many these days are expressing their views and acting, as our forefathers and citizens did so many years ago.

(For a copy of the Declaration, Google National Archives Declaration of Independence: A Transcription)

Bob –Always good to read original documents! Thanks for your letter. Come on in for your gift card to Palate!