—It's No Longer Free to Pollute Carbon in Canada

Simple economics can influence human behavior. Humans listen to the economic sermon of the mighty dollar more than we listen to the moral sermons of right and wrong. We know it is morally wrong to pollute the atmosphere, as Pope Francis reminds us, yet we persist. Americans need encouragement to take action on climate change, and we can follow the lead of our neighboring Canada, by using economics. Prime Minister Trudeau is on board with international commitments to reduce emissions, mitigating a warming and disruptive climate. It's no longer free to pollute carbon in Canada. As of the first of April, all provinces are required to have some form of carbon pricing, which in turn will influence their choices for years to come. 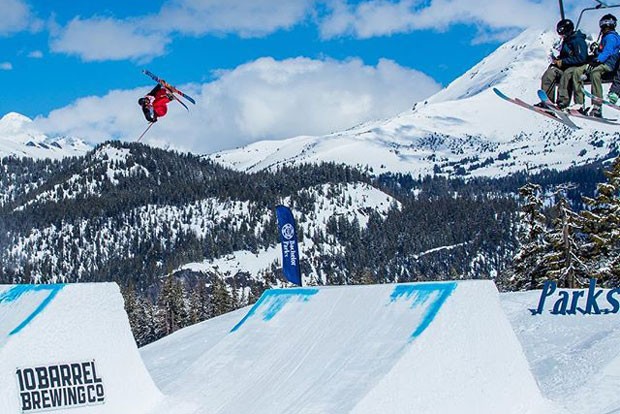 Hats off to Canada for leading at this crucial time in history. Canadian Catherine McKenna (Minister of Environment and Climate Change) stated, "We are all paying the cost of storms, floods, wildfires, and extreme heat. Our government is ensuring a price across Canada on what we don't want, pollution, so we can get what we do want—lower emissions, cleaner air, opportunities for businesses with clean solutions, and more money in the pockets of Canadians."

In the U.S., the Energy Innovation and Carbon Dividend Act HR 763 is gaining traction in the House of Representatives with 27 cosponsors. Similar to Canada, it would drive down America's carbon pollution and bring climate change under control, while unleashing America's can-do talent in technology and innovation.

All sympathy to the residents dealing with the neglect of Juniper Ridge. Property taxpayers may notice the "Juniper Ridge Urban Renewal" charge is still on their property tax statement, as it has been for many years, without any "Urban Renewal." My 2018 bill for this misguided, pie-in-the-sky project is $18.07 a year. Using a rounded figure of, say, 50,000 property owners, $903,500 is collected every year since the bond was passed by voters, who never saw homeless camps as the renewal they had in mind. Some of that huge pot of money certainly should be used to relocate the homeless, and remove aggressive dogs and possible unstable transients from the Juniper Ridge property. Tax-paying residents with small children living near Juniper Ridge are experiencing understandable concern. At the very least, Juniper Ridge should be kept clean and maintained by city/county government until some form of renewal takes place. They certainly have our money to do so.

In Response to, "President Trump" letter on 3/28

Please get off your high horse and stop blaming Trump for everything. That only makes you part of the problem.

"Coming from a family of Holocaust victims and survivors," I think you might give him some credit for his brave recent gestures to Israel giving them back Golan Heights, a strategic point separating them from Syria and their worst enemies. Since he has been in office he has, at least, secured a much better alliance with Israel than we had previously.

Remember, there are extremists on all sides of issues these days.

There is no way to defend the gross unfairness of the Electoral College System. It sets up a disparity in voter representation whereby a ballot cast in Wyoming carries 70 times the weight of one cast in California. It is merely a tool to deny the majority of the voters in this country of the right to have their votes count and their voices heard.

The Electoral College was implemented by the framers of the Constitution who were all wealthy white landowners who had no intention of giving the right to vote to anyone not belonging to their elite club.

Madison and the other elites never intended for voting rights to extend to the nonwealthy, women, African Americans and surely not Native Americans, et al. The system was put into place simply because they wanted to deny the vote to the majority of the people in the country. And this is exactly what the Electoral College System still does today: It allows local elites to limit access to the ballot without losing national clout.

The Electoral College System is based on population, but only a fraction of that population is eligible to vote, and only a smaller portion of that population actually votes. The archaic system has overturned the will of the majority of the American voters in two of the last five presidential elections, giving us two of the worst nightmare presidents in the history of this nation: one a blithering war monger, the other a bigoted hate monger, and both insufferable idiots and consummate liars with total disdain for truth and morality.

By giving Clinton a popular vote plurality of more than 3 million in 2016, the American people soundly rejected King Bozo and all that he stood for, by a huge and unprecedented margin. Yet this narcissistic buffoon, refusing to bow to his status as a minority president, has instead perverted it into a mandate to assume dictatorial powers and demonstrate fully the mortal danger he poses to American democracy. The Electoral College in its present form only serves to facilitate voter suppression and make a mockery and hypocrisy of "free elections" in the country that once pandered its holier than thine democracy around the world.

A few more years of the current system with its corporate dominance, voter suppression, elimination of the citizen initiative process, gerrrymandering, lobbying, refusal to have every vote counted equally, etc., ad nauseam, and the tattered democracy we still have will disappear into the stinking swamp inhabited by Trump and all his fascist corporate goons.

Happy Spring, it's roll through season! That means we all know folks forget that stop signs mean stop, even when it's pretty out. While I appreciate the enthusiasm to get where you're going as quick as a wink, please keep in mind our community has pedestrians and cyclists depending on you. SO, slow your roll, enjoy the lovely weather, and save a life by showing how sweet it is to give us all a break.

I'm rolling with you, Katie. Come on in for your gift card to Palate!