Pay Checks, in Response to "Wolves Facing Extinction—Again" on 4/24

I would like to challenge you to ask Susan Prince and Nicole Vulcan if they are willing to give their pay checks to the ranchers who have lost livestock to wolves who have trespassed on private property?? Wolves should be controlled just like any other game animal. Enough of the touchy, feely, how cute... These predators will kill anything they can catch including healthy animals. Every wolf that trespasses on private land should be shot!!! 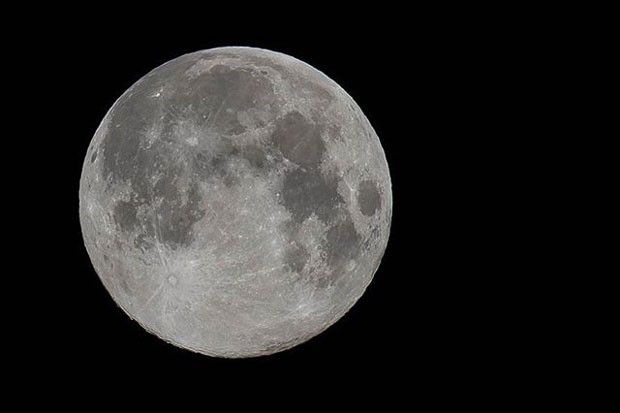 Now that the Trump-Russian-collusion, conspiracy theory has been officially debunked after two wasted years of costly investigation that many have called a political witch hunt, I'd like to propose a new, perhaps more credible, conspiracy theory. Is it possible that the Democrats, with the aid of the FBI, planned to undermine Trump, even before he became President? Is the "tip of the iceberg" the Attorney General's investigation into the FBI's spying on the Trump campaign? Other possible conspiracy indicators are: the Clinton-funded, false, opposition-research document (Steele dossier) that triggered, maybe illicit, FISA warrants; an email from FBI agent Strzok, promising that they would stop Trump; the periodic leaking of internal FBI and Justice Dept. information to anti-Trump, news agencies (e.g., NY Times, Wash. Post) during the collusion investigation. The key question, of course, is whether President Obama knew of any of these things while still in office.

If this conspiracy theory is proven true, then we've just witnessed an attempted coup d'état of our duly elected President. Even if it isn't, many of the related events under scrutiny have demonstrated corruption and abuse of power at the highest level of our government. Our cherished, democratic election process is starting to resemble that of third-world dictatorships and Communist countries.

A guest opinion in the April 18 edition by Helen Sidler, co-lead of the Bend Citizens Climate Action Lobby, argued for implementation of a national carbon tax. What Ms. Sidler and other climate alarmists and appeals to regulate carbon dioxide (CO2) have in common is the misguided belief that humans are the cause of climate change and CO2, a mostly harmless by-product of human activity, is the chief cause of global warming.

Those of us who are skeptics on the alarmist view of climate change are tarred as flat earthers, disputing the fictional 97 percent consensus about climate change and global warming. We are accused of denying its existence and the need to do something about it before the environment is irretrievably damaged.

Is it important to practice energy conservation and to protect the environment? Of course! But we must be sensible about it. We need to recognize that human activity plays a minor role, and our attempts to manipulate CO2 and climate will waste valuable resources that could be better applied to dealing with actual problems, not those in the fevered imagination of the climate lobby.

The City of Bend and the State of Oregon are embarked on a foolish course to reduce carbon emissions. These efforts will do nothing to mitigate CO2 or to affect the climate, but will do enormous damage to the economy. Rather than promoting climate alarmism and enriching the climate-industrial complex, governments should listen to the climate experts who understand the science of climate change.

In Response to, "Richard Asadoorian For Administrative School District No. 1, Zone 6 At Large (Bend-La Pine School Board)" on 4/24

I would like to clarify my agenda and positions, given your recent endorsement, as readers deserve a complete picture.

First, I am focused on issues within the Board's authority. I want to develop agency for students, families and educators; promote a sense of belonging for our increasingly diverse stakeholders; realize more equitable outcomes; and do so under the constraints of financial sustainability. I am unwavering in these beliefs.

Second, I am resolute on the most pertinent questions asked—that our Board provide fiduciary responsibility, strong oversight and relevant thought partnership for our superintendent; that we implement the 13 strategies defined by the state to address graduation rates, of which only three are currently funded (see video, 18:55-22:38); and that without PERS reform we will see a domino effect of districts becoming financially insolvent.

Finally, I believe the "hot button" issues at the end require more than a yes or no—this isn't equivocation, it's understanding complexity. On vaccines, as stated, I believe in them, the research, and that with a parent's choice of not vaccinating comes not attending traditional public schools. And I want to ensure these families have other options through our district's online coursework. This is a compassionate response, and a financially responsible one given the potential enrollment decline. On climate change, I support student voice and believe they should be engaged in determining what we tackle when, so this does not become an unfunded mandate. Not doing so seriously underestimates our youth. Thank you.

The Bend chapter numbers over 550 members and volunteers hundreds of man hours annually involving dozens of projects throughout Central Oregon, since 1983. OHA will again be maintaining the high fence on the Lava Butte safe passage, near Sunriver, and donating over $100,000 and installing and maintaining the 10 miles of fencing, necessary to funnel the nearly 30 wildlife species documented using the under-crossings near Gilchrist.

Hunters nationwide are the original conservationists. Since 1937, hunters statewide have provided our Fish and Wildlife agency, ODFW, funding through excise taxes on equipment and licenses paid for. This User Pays, Public Benefits, system continues today, and is named the North American model of conservation.

Today, only 4 percent of U.S. Citizens hunt, but the economic impact of hunting is proportionally much greater than many mainstream nonprofits that are called conservation groups!

Karl: Thanks for the education around what your group is doing. Come on in for your gift card to Palate.