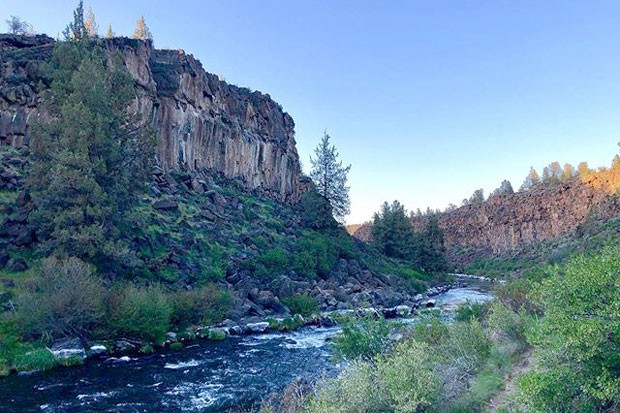 Those who advocate the New Green Deal and other carbon reduction initiatives, such as that contemplated by the Oregon Legislature, "will bring climate change under control." They also assert that a carbon tax or other 'assessment' would save the planet by 2030 and not hurt the less affluent. While such sentiment is politically popular these days, it does not reflect any meaningful reality. China, for example, now produces more carbon than the U.S. and E.U., together. China has also asserted that they do not want to hurt their economy and they may set some carbon reduction goals by 2030. Other countries such as India and Mexico are also experiencing very high growth in carbon output. The U.S., without carbon legislation, has achieved the greatest amount of carbon reduction volume of any country to date. The Heritage Foundation calculated, using the IPCC MAGGIC Model (known to overstate temperature impact) to calculate a .052 degree C temperature increase by 2030 if all U.S. carbon emissions were eliminated this year. Even if the U.S. did eliminate all the carbon, worldwide emissions will continue to grow exponentially. Further, it is not scientifically proven how much human activity has actually affected the climate in total. Certainly, humans contribute to global warming (eg. heat islands called cities, agricultural practices, etc.), however, even the IPCC Reports have become equivocal as to the extent of human effect on climate. Many politicians use the term revenue neutral as it relates to carbon initiatives, but can we really believe them?

In Response to, "Smart Readers' Coming to Central Oregon" on 5/1

There is a wealth of evidence, peer-reviewed papers, and research that shows that the radio frequencies, or EMFs, from smart meters and 5G wireless technology is harmful to human health. In addition to the adverse biological effects mentioned in your piece, there is also evidence that this technology, including constantly 'pinging' smart meters, can cause DNA damage and thus cancer.

I am concerned that Pacific Power is using misleading language to prevent objection to their widespread "upgrade." For example, on their website, claims of "modernizing the power grid" is no more of a positive than vaping is to modernizing smoking. Pacific Power is the only winner in this rollout. The install will save the company money, as they will no longer have personnel manually checking meters. The touted consumer benefits of being able to track your usage in real time and quicker outage notifications are minuscule compared to the risk to human health, particularly children.

They also state that smart meters are "proven to be safe." This is simply false. If anything, it is based on FCC parameters set back in 1996, well before smart phones and smart meters existed. Research now shows actual biological tolerances to be far lower than those levels.

In one peer-reviewed paper from November 2018, appearing in the journal Environmental Research, the authors conclude: "Based on the evidence reviewed it is our opinion that IARC's current categorization of RFR as a possible human carcinogen (Group 2B) should be upgraded to Carcinogenic to Humans (Group 1)." The IARC (International Agency for Research on Cancer) includes in Group 1 things like ionizing radiation (x-rays), firsthand and secondhand smoke, arsenic, and asbestos.

Lastly, Pacific Power offers a smart meter opt out to customers for $36 per month, a prohibitive cost for many. However, there is an additional, non-publicized option of just $9 per month if you've been a customer for at least 12 months and you agree to have your meter read manually every four months.

This is a large-scale issue hitting us regionally, where corporations stand to make more profit at the risk of public health.

Thank you again for highlighting the mixed messages around this issue.

I want to thank the Source for writing about Smart Meters that are being installed in our community by Pacific Power. We are one family who has opted out and we consciously choose to keep our analog meter.

These meters (which will measure our electricity usage) are part of the "Smart Grid" which is a wireless system being installed on our homes, businesses and community. Smart meters continually transmit and repeat data to nearby cell towers/receivers for transmission to the electrical company. This increase in EMF/RF (electromagnetic field/radiation frequency) coupled with wifi routers, computers, cell phones, microwave ovens, blue tooth devices, baby monitors etc. creates a virtual electronic smog both within our home and outside of it. With the in-home devices you can choose how to use them. You can turn off your cell phone, computer, and router. A "smart meter" is a device that you cannot turn off or move, so your exposure to this source of RF is out of your control.

Most of New Mexico and several cities in California have banned smart meters due to health/safety concerns.

For more information one can view a free documentary on the web called Take Back Your Power. Other Important websites are: www.bioinitiative.org, and www.emfscientist.org. Take back your Power!

In Response to, "Richard Asadoorian For Administrative School District No. 1, Zone 6 At Large (Bend-La Pine School Board)" on 4/24

Watching the video of the Source Weekly's interviews with candidates for the Zone 6 At-Large seat on the Bend-LaPine School Board has confirmed my belief that Melissa Barnes Dholakia is the most qualified candidate. I looked for the moments when Barnes Dholakia supposedly "equivocates" on the vaccination issue and "wavers" on a climate change resolution. I found thoughtful answers, nothing more.

It is unfortunate that the editorial board didn't ask how candidates would address issues raised by students of color and their families. Barnes Dholakia said at the outset of the interview that the district needs to work harder on equity as the school district changes so that all students feel a sense of "belonging" and diversity is appreciated. She was the only candidate in the interview who raised this concern.

She has consistently raised the issues of equity and inclusion in candidate forums, offering specific ideas for how the district can address the abysmally low number of teachers and staff who are not white. She understands why students of color need to see themselves in front of the classroom—and why all students will benefit from more diverse staffing.

Fortunately, many local advocates and organizations that are working on restorative justice, equity, and inclusion in our schools understand that this needs to be a high priority on the school board. That is why they have endorsed and are working to elect Melissa Barnes Dholakia to the Zone 6 At-Large seat on the Bend LaPine School Board.

Michael—Thanks for watching our videos so closely. Like you, we, too, monitor other forums and resources to find out as much about candidates as we can before we endorse—and we hope others have followed your lead and have been doing the same. And as you also know, equity and inclusion in schools and elsewhere are issues we continue to champion and report upon, campaign season or not. Come on in for your gift card to Palate!