It's not about abortion

Whether the government is trying to distract the public from what's going on at the border, the billions of dollars going towards war efforts, gun control, etc. — the laws being passed regarding women's reproductive rights are extremely alarming. 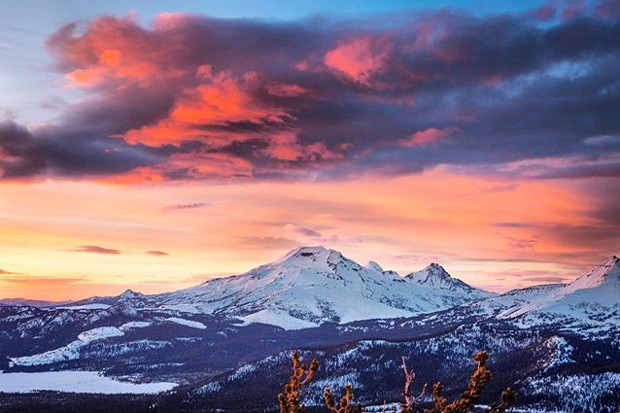 This is not an intention for debate or arguments, exactly the opposite. Right now is the time to unite. You have your opinion, I've heard all of the arguments, and you are entitled to your opinion but there is no point in that right now, what matters right now is action.

I urge women to make your voice be heard and educate yourself about what's happening to our rights. If we let this slide, who knows what is next.

The three wealthiest billionaires in the US, Warren Buffett, Bill Gates and Jeff Bezos now have as much wealth as the bottom half of the US population combined. That is because the bottom fifth of US households are underwater with zero or net negative worth. The next fifth has so few assets to fall back on they live in constant threat of destitution. The three wealthiest families in the US, The Waltons of Walmart, The Mars candy family and the Koch brothers, have a combined wealth of 349 billion, which is a staggering 4 million times the wealth of an average US family. Since 1982 these three families have seen their wealth increase nearly 6,000%, while the income of the average US family decreased by 3% over the same period.

The dynastic wealth of the Walton family grew from 690 million in 1982 to 170 billion in 2018, a mind numbing increase of more than 9,000%, yet these scumbag misers are too cheap to provide affordable health insurance for their hourly employees, so it falls on the US taxpayers. Of these despicable, shameful facts former Federal Reserve chairman Paul Volcker said, "we are living in a plutocracy."

The plutocrats have turned our Democracy into a Demockeracy. They will keep funneling the wealth upwards, enriching the rich while the working masses sink ever deeper into the quicksands of poverty and economic enslavement. "Let 'em eat cake," they laugh derisively, thumbing their noses at us in contempt. Seems the French aristocracy said something similar to the masses in France back in 1700 and something. How'd that work out for them?

I think you made several good points, Hiking and Biking in the National Forests should be fun, its also nice, pleasant, relaxing, refreshing, exhilarating, exciting, and enjoyable.

"When wearing only a smile. Be sure to smile a lot."

What a great story, Ms. Collins! You really brought the reader into your "moments along the way" with humor and compassion. It's also obvious that you have been blessed with a wonderful friend. Finally, I appreciate you not giving your location, keeping special places unadvertised. Looking forward to reading more of your stories!

In Response to, "Transit Station Rankles Neighbors" on 5/8

NIMBY. Same NIMBY story all over Bend. Let's make everything someone else's problem. COIC, DMV relocation, Transit center, etc. The real issue is lack of affordable housing, poor wages (unless you have one of the scarce living wage jobs or brought in a lot of money from outside the area) and a high cost of living in general.

It seems as though the subject of what to do with cougars encroaching on populated areas is a topic of never-ending debate among my neighbors. Specifically, many see the practice of euthanizing these wild cats as too harsh and cruel, and wonder if less drastic measures might be just as effective in reducing/eliminating risk to humans, pets and livestock. Specifically, questions about live-trapping and relocation, or to haze them with rubber bullets in order to instill fear of humans in them seem to be what some of the population would prefer.

Is there a reason, based in science, that euthanizing these cougars is the only solution ODFW uses? I would really like to know. Actually, it would be very helpful to have a page on ODFWs website that addresses this question (their page on cougar management does not address this issue, even indirectly).

I have written ODFW requesting a reply to this question. I anxiously await your response in the event that they don't. Thank you for your attention to my question!

John: I submitted your question to ODFW, but didn't hear back by press time. Best of luck in getting a response! Come on in for your gift card to Palate.