When debating whether to climb an ice pillar, they say you shouldn't climb it if you don't feel safe standing under it. You have to decide if it can bear your weight and repeated strikes from your crampons and ice axes. Sometimes you can forge ahead, and sometimes you have to climb a different route. 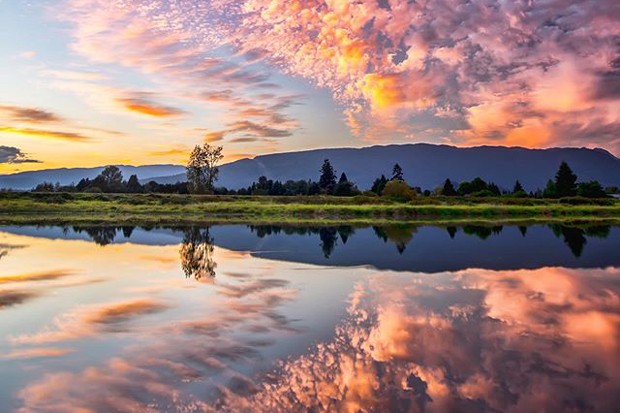 As a professional climber, I've spent the majority of my life exploring mountain environments. From first ascents in Alaska and Patagonia to the remote Karakoram in Pakistan, I've witnessed the impacts of a changing climate first hand.

Between my academic background in glaciology and professional athletic career which has resulted in grants, awards and a role on the board of the American Alpine Club, I can say with confidence that I don't feel safe standing beneath the climate crisis. I don't believe our climate can handle the weight and repeated strikes of our impacts and emissions. We can't keep forging ahead, just hoping it won't collapse. We have to find a different route.

I see The Clean Energy Jobs Bill (House Bill 2020) as the new route to address the climate crisis. Not only does it set Oregon on track to lead the nation in climate solutions, but it also helps to grow our economy with a focus on a just transition and support for local communities. As an alpinist and a small business owner in Bend, I urge our elected officials to support this bill.

In my line of work, I have to pay close attention to the conditions around me. My life depends on it. Setting an ice axe into a melting ice pillar for the short-term thrill of making an ascent is never worth the long-term consequences of that risky decision. If I see something dangerous in the mountains (and I do more and more with the receding glaciers and diminishing snowpack) I report back to my community, giving them the critical information and facts to make the best decisions possible, with no hidden agendas.

I would never send someone into the mountains with bad information for self-motivated purposes and, in the same way, I expect my elected officials not to send their constituents into bad policies because of personal gain. This only puts everyone in peril.

The reality is that we're all standing under the pillar of the climate crisis and it's unstable. We have to find a different route if we're going to make it out. Oregon's coasts are flooding and eroding, the Cascades are facing unprecedented wildfire threat, our snowpack is diminishing and the rivers are warming, all because of climate change. HB 2020 is our chance to protect Oregon's $16.4 billion outdoor recreation economy and the 172,000 Oregonians it employs by asking polluters to pay a price for climate pollution and reinvest those funds into our local communities. This is our new route to avoid the worst impacts of the climate crisis.

— Graham Zimmerman is an alpinist, Oregon business owner and Alliance member of Protect Our Winters.

Pebble Mine in Alaska

Do you remember the fight over Pebble Mine in Alaska? How the plan was shut down due to the negative environmental impacts it could potentially have on Bristol Bay — the largest and most productive salmon fishery in the world? Well the plan and the same Canadian mining company is quietly advancing its plan for an open pit mine again. Despite the concerns of building a mine in a seismic area, the construction of roads and bridges over the creeks/rivers needed for the salmon to spawn, the dangers of the chemicals and waste stored in two ponds held behind earthen dams, the project is moving forward. If you eat salmon, eat sushi and fish for sport and/or game, now is the time to step up and say no (again) to this potentially dangerous and hazardous mine. Go to pebbleprojecteis.com. Read the EIS report and then make a comment. The public comment period ends July 1 2019.

Why is it that every roundabout in Bend has some sort of artwork and/or nice looking plantings, that is except for the roundabout at the junction of Brookswood Blvd. and Murphy Road? The Brookswood/Murphy roundabout consists of weeds and rocks. And when local residents try to spruce it up with whimsical, temporary items like balloons and pink flamingos, the City of Bend immediately takes everything down. If the city can't install something there that neighborhoods in the area can be proud of, what harm is it if locals put up items that make others smile. I'm sure if the area was loaded with uber rich housing and/or an entry point for tourist scoming into town from the south, Brookswood/Murphy would also have a nice looking roundabout. But until then, let us living in that area do what we can to make the roundabout a little less of an eyesore.

The May 22 Bulletin headline read-"HIGH OUSTED"(referring to Andy High). To me that was a rather harsh term to use for a man who has served the Bend/Lapine School District with unselfish honor for a number of years. Bear in mind that this position is a strictly volunteer one. The number of hours spent per month requires someone who has the passion to ensure that our children are receiving the best education in a safe and secure environment. High also served as the board president.

During the rescent appearances before various organizations for the candidacy, he would come in after dropping off one of his kids at a function. Not missing a beat, Andy presented a solid reason for his continued place on the board.

It was a fair election (though sadly not the number of ballots turned in to suggest that many really cared).

One OUSTS a despot or dictator. or forces someone to leave. High "Lost" his seat. Semantics? Maybe, but words can hurt!

Richard: Agreed. Come on in for your gift card to Palate—and thank you for taking part in the political process by running yourself!