Drivers licenses for all, For the love of cats, Bucket List and What if we've been framed

When we travel, we want to believe all drivers passed an exam on the rules of the road and a driving test. But in Oregon some did not; they are excluded because they lack documents required by the Department of Motor Vehicles (DMV) to obtain a license. This makes it difficult to buy insurance and makes our roads less safe for everyone. 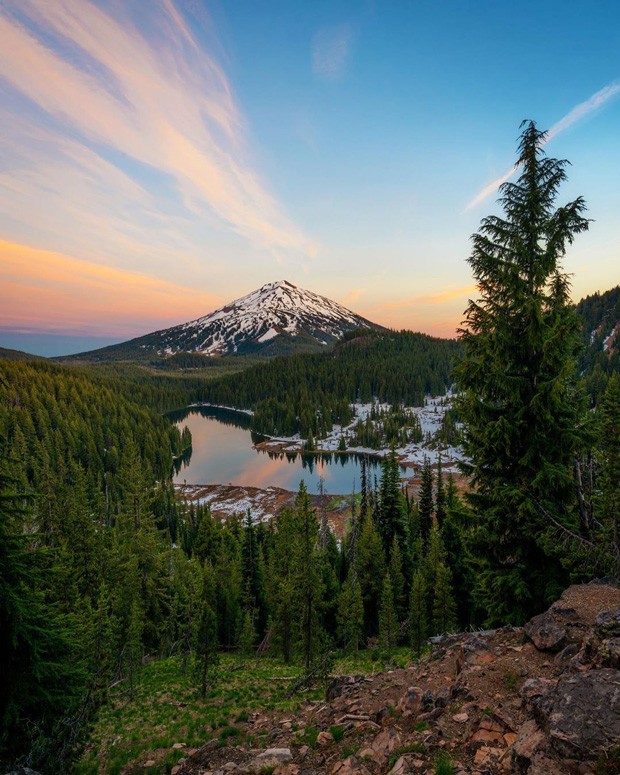 Oregon will begin issuing a Real ID license in mid-2020 that requires a Social Security card and proof of citizenship or legal presence. This will allow Oregonians without a passport to meet the federal requirement to board a plane after October 2020.

But Oregonians who are older, homeless, born in a different state, fleeing domestic violence, or awaiting legal status or citizenship, may not have documents to qualify for that license. On June 18, the Oregon House approved HB 2015, the Equal Access to Roads Act. It would let DMV issue a standard Class C license to any Oregonian who passes the driving tests and presents identification and proof of state residency. Now the measure goes to the State Senate.

In 2008, Oregon barred driver's licenses for immigrants and others without the required documents. Once their licenses expired, they relied on licensed friends and relatives to get around or risked driving without a license. Driving is essential to travel to work in rural areas without public transit. Because of this, driving is not a privilege, it is a right. Denying people this right has unintended consequences.

A local immigrant student with a DACA (Deferred Action for Childhood Arrivals) permit recently shared at a forum in Bend that she was offered scholarships to attend Portland State University. But she chose to stay in Bend to drive her parents since they cannot get a driver's license.

It might not seem logical to allow immigrants without permission to live in the U.S. to have a driver's license. However, what is not logical is our federal government refusing to allow immigrants to come here to fill jobs in a legal manner. Businesses in the East Cascades region reported 3,708 unfilled positions in May, according to the Oregon Employment Department. They cannot find workers. Our workforce is aging and our citizens' birthrate isn't keeping up. We have over 11 million unauthorized immigrants in the U.S. because Congress lacks the will to change our laws.

Oregonians can't fix our immigration system, but we can fix the state policy decision that restricts access to licenses.

Over 80,000 immigrants and citizens are expected to apply for the standard license and pay fees to expand the state highway fund.

The Latino Community Association asks you to tell your state senators to vote "yes" on HB 2015. For more information visit http://www.oneoregon.org/who-we-are or Causa Oregon at https://causaoregon.org

While I appreciate the concern expressed in your article, For the Love of Cats, in which the author advocates for sterilization of feral cats and returning them to the wild, it fails to mention the havoc these cats cause for natural and valuable wild things, ie. BIRDS! While I can't quote statistics, I have seen numerous articles indicating the great toll taken on wild birds! This may sound heartless to animal lovers, but euthanizing may make more sense than Trap-Neuter-Return! Even tame house cats take a terrible toll on wild birds!

In Response to, "Bucket List: Tour With Grateful Dead, Jefferson Starship and the Commodores" on 6/20


Last weeks 'Bucket List' article about JiveRadio was indeed well written and largely accurate. BUT, it was primarily about me, which is OK, but I'm no DJ. People should know that the bulk of our weekly specialty programming is done by two women in their 60's and 70's with nearly a century of radio experience between them and they are better than ever; Diane 'Di' Michaels "The Diatollah of Rockinrollah" has been a boss jock on commercial radio since the '70's and holds several national awards for her work, and Michele 'Sister Tiny' Busk was on the original air crew of the legendary KFAT radio in Gilroy, CA in the late '70s. The sound of the Jive is what it is because of the talents of these two women. They're not the best at what they do, they're the only ones who do what they do.

Thanks again, and keep sourcing!

What if we've been wrongly framed?

Everything is viewed through a frame. Presidential debates media frames as a sporting event—"jabbing an opponent," "blind-sided by a question," "hitting a home run." But, when I asked owners of food & drink establishments to switch their TVs from sports to this week's Democratic debates, two confided that it would be bad for business. Viewing sports is a healing ritual that allows us to drink and argue with emotional conviction, and manage to get along once the contest is over. Politics is something else. A winner-loser sports frame trivializes a contest that, at its core, is about what our future will be.


I prefer to frame these debates as tryouts for the next Democratic Administration. Unfortunately, to be cast, candidates must all try out for the major role, President of the United States. It's a daunting role to play. So, as you watch these debates, cut them some slack. Imagine you are a casting director being asked in what role that candidate might shine. You may find yourself saying: "She'd make a great Attorney General!" "Maybe Secretary of State or U.N. Ambassador?" "Wow! That's got to be Secretary of Energy!" "Finally, someone with heft playing Secretary of Housing and Urban Development!"

This positive frame empowers both candidates and ourselves as we consider what this production might look like once it is mounted. Hopefully, it is one full of creative moments, stirring lines, and emotional payoffs befitting its expense.

Gregg, thanks for the letter. Come on in for your gift card to Palate!