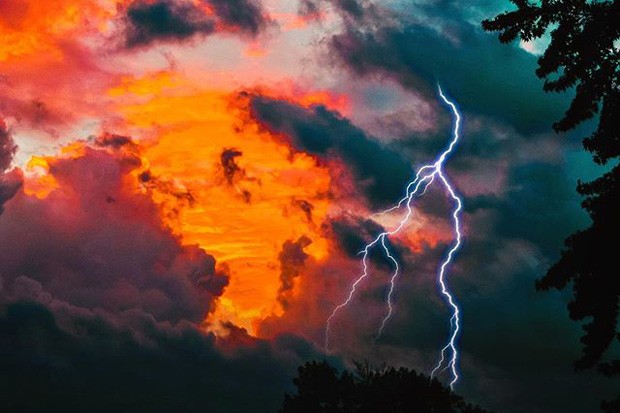 I'm a lifelong Democrat, but Kate Brown and Tina Kotek are anti-democratic zealots and are running roughshod over the Statewide Planning Goal #1 — Citizen Involvement. Their HB 2001 bill (and others) is a complete power grab that would do away with all single-family neighborhoods in Oregon cities—except subdivisions protected by CC&Rs.

The measure flies in the face of all the evidence, and would exacerbate, not help, with housing affordability and climate change. It's also egregiously inequitable, placing all the burdens on poor and older neighborhoods.

HB 2001 is pure and simple a cloaked giveaway to out-of-area developers who covet land in single-family neighborhoods. I hope the Republican senators stay out until the session ends on Sunday so HB 2001 cannot become law.

Citizens who believe in clean and democratic processes need to vote out both the "Trumpist" Republicans and the "Brown/Kotek" Democrats.

Ahhh. Kate Brown leads Democrat legislators on a walkout and it's "very appropriate." Republican legislators walk out over a virtue-signaling bill that will have zero effect on global gas emissions (if that's a good thing and certainly won't offset emission increases from China and India), all at the expense of rural Oregon. And Boquist is a radical? Who's really out of touch here? Methinks it's Salem and the Source.

The police state is empowered to terrorize and murder people of color with impunity. The police do what the racist system demands: protect and serve people of privilege in a racist society.

Immediate efforts to wage an effective campaign against racism would be to end the racist war on drugs, demilitarize police, arrest killer cops, close privatized prisons, eliminate racist laws, monitor judges and justices on racist decisions, eliminate the bail bond system, remove police from the public school system, create a system of juvenile justice based on real justice for children and implement vote by mail elections with all citizens automatically entitled to vote.

In Response to, "Legislators who flee are the epitome of government waste" on 6/27

What a poor example for our Oregon youth. Not only are our 11 Republicans walking out on a job they are obligated to do, they are opposing action on protecting the Earth for our children and future generations. If they don't like the bill, they should have come up with their own bill to act on climate change. People have been working on the Clean Energy Jobs Bill for over 10 years. The fact is, they did not and I haven't heard of any bill they plan to propose in order to take action on climate change. Unfortunately, those in our district making a living off the land or relying on tourism will be most adversely impacted by climate change.

Thousands of folks in Central Oregon have lost representation in the Oregon Senate because of Senator Tim Knopp's politically driven, selfish, narrow minded and downright racist attitude. Why racist, you might ask? Because after he can't use the "bad" for his constituents (donors) HB2020 as an excuse to go back to work for us he still refuses to do so, therefore killing the Equal Access to Roads Act HB2015.

Knopp's absence will deny drivers licenses to tens of thousands of immigrant Oregonians members of our community that are of age and meet requirements for a standard driver's license, intentionally creating hardship and obstacles for immigrants and their families, many of them Latinx. Racism, institutionalized racism is just that; when a small group of white senators backed by white armed supporters have used control and power to manipulate our governmental instructions with the intent of further alienating people of color.

As he smiles in interviews, saying he is not going back to work, letting also the Hate Crimes Act die, Knopp shows that he sides with those that dehumanize our immigrant relatives, friends and neighbors. The horrific things that are happening at the border happen because of people like Tim Knopp that simply ignore the suffering of people here in Central Oregon and in the border. He is on the side of shameful bigotry.

Tim, go to Salem and SERVE ALL of your constituency.

Waiting on your solidarity.

Joanne: Thanks for your letter. HB2015 passed 17-10 June 29, after nine of 12 Oregon Republican senators returned to work. Sen. Knopp voted no. Come on in for your gift card to Palate!