Guest Opinion: A Jewish Voice on Walden and the Immigration Crisis 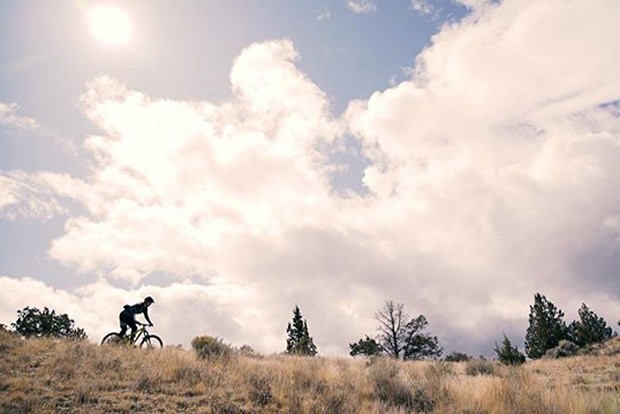 A Jewish Voice on Walden and the Immigration Crisis

Like so many Americans, I am a descendant of immigrants. My family fled anti-Semitic persecution during the Russian Revolution and sailed to America with dreams of a safer world. My Jewish heritage has taught me to ask questions, to fight for social justice and to never forget the violence that defines much of my community's resilience and humanity. These values call on me and other Jews to defend our immigrant brothers and sisters. In Central Oregon, allies at Indivisible Bend and The Vocal Seniority have embraced this fight, while Representative Greg Walden has failed to take any steps toward reuniting families. Now is the time to demand more and stand with members of our global community who are suffering terribly at the hands of our broken government.

As the humanitarian crisis at the border has unfolded, we have witnessed inaction from Walden. In June, Walden backed a failed GOP bill that would have provided $25 billion for Trump's border wall, cut legal immigration levels and ended preferences for migrants related to U.S. residents. This week, Walden visited the concentration camps at the border. In a press release on Monday, he spoke of his reasons for the trip, but failed to make one comment on the conditions of the facilities or of his future legislative plans. The pictures in the press release were of him on an aerial tour of the border and him talking to CBP officers. Pictures of Walden in a helicopter might be pretty for the press release, but they are useless to the families suffering inside the facilities. Additionally, while Walden is talking with officers of an agency plagued with abuse allegations, there is no evidence within the press release that he spoke to anyone being detained. This raises the question, what was the point of the visit?

Walden's legislative approach to solving this crisis is not only ineffective, but exhibits ignorance of the root of the problems immigrants and refugees are facing. Walden blames complications from court decisions for separating children from their families, but his explanation ignores the role of the Trump Administration's policy in creating the crisis. Walden is a hypocrite, preaching about illegal immigration on land stolen from Native Americans while he supports legislation to inhibit legal immigration. In addition, while Walden tries to keep immigrants out, he fails to ask why people are forced to flee violence and beg for safety at our border in the first place. Could it have something to do with United States foreign policy that has routinely prioritized U.S. business interests and contributed to instability in Central America? Could it be a result of U.S. support of dictators and drug cartels, like the CIA's 1954 coup in Guatemala? The Jewish tradition of asking questions calls our community to delve deeper while we attempt to understand these injustices. 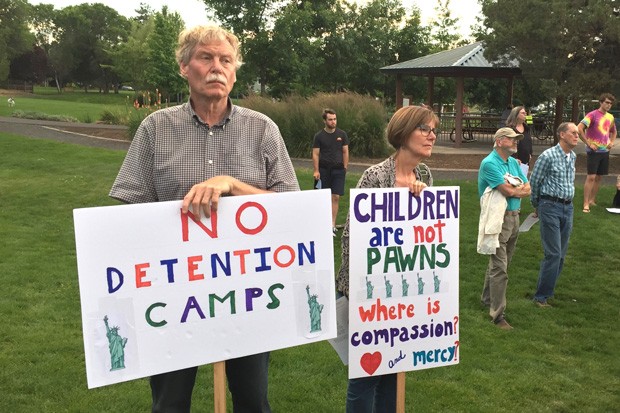 With these ideas in mind, we are now faced with solving this crisis. The Hebrew phrase "tikkun olam" calls on Jews to repair the world and describes social policy as a way of protecting the disadvantaged. It is everyone's responsibility to demand action and create a social policy within our communities that is compassionate and accepting. People across the country have begun taken action by protesting ICE detention facilities, donating to humanitarian organizations and expressing outrage in congressional offices. It is time for Oregon to step up and cultivate a safe space for immigrants instead of complicit politicians. Please join this fight.

Summer is here and so are the visitors. I know the local economy benefits during tourist season, and we should embrace the crowds that come here to enjoy what we locals love about Bend. Like our fabulous trail system. But there are some things that are hard to tolerate, like, I'm running on the KGB trail last week, and this guy on his mountain bike comes screaming down the trail at me and when he gets about 20 feet away screams at me "I'm comin' at cha!" and runs me off the trail. It only takes one bad apple like this guy to give all riders a bad rap.

On that 7-mile run, I encountered 12 riders on mountain bikes. Seven stopped and yielded me the trail and five did not. Hoping the five are not locals.

As your recent walkout illustrates, you could use a refresher course in Democracy. In a Democracy: Majority votes do rule. Also, when you take an oath of office to represent your constituents, it is not limited to those who belong to the party whose ticket you ran on. Moreover, that oath obligates you to show up for work, not shirk your responsibility to represent your constituents because you imagine you won't win. A recent article in The Nation, "Behind Oregon's GOP Walkout is a Sordid Story of Corporate Cash" documents the facts, which follow. Oregon's GOP Senators lied when they claimed they were sabotaging the vote on HB 2020 because this climate change regulation threatened the livelihood of loggers and truckers. Some of Oregon's larger timber owners supported the bill, and compromises in the final version created exemptions and rebates for small business owners. No, your real loyalty was to big business donors like Georgia Pacific who put you and other Oregon GOP Senators into office with 65% of their campaign contributions. Finally, if you are going to commit an act of civil disobedience, be enough of an adult to accept the legal punishment prescribed rather than weasel out of it, or worse, like GOP Senator Brian Boquist, threaten violence against the State Police who will honor their oath to enforce the law you have broken.

Don: Thanks for your letter, and agreed. Walkouts—whether executed by the current legislative minority, or the one who did the same in 2001—shouldn't be a thing. Come on in for your gift card to Palate!