Communication Breakdown and other things 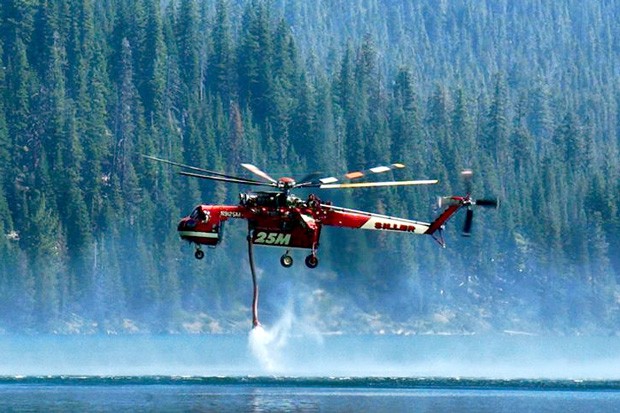 Last year around this time my wife and I were camping at Newberry Crater's East Lake where I left my kayak on the beach and went on a mtn bike ride. When we came back my kayak was gone. Since I was in a national monument I reported it to the Rangers. The next morning, I stopped at the visitor center to see if it had been found. No luck, so we headed back to Bend. As soon as we had cell service the phone loaded up with messages. Someone found my boat on the rocks across the lake and someone at the resort reported it to the sheriff's department. Because of my invasive species permit they knew my name. They talked to my neighbors and then found my daughter's name and called her. That went terribly wrong as my daughter now thought the worst and soon my family was mobilizing to form a rescue party. All this time we were having coffee at East Lake without a care while my loved ones were having the worst day imaginable. The frustrating part is that this could have been resolved easily if the sheriff department had just asked the Rangers if they had a report of a missing boat.

In your Opinion column in the July 18 edition, you complain that "undocumented Americans" (AKA illegal aliens) have been targeted by the Trump administration since he came into office in 2017. That statement alone raises important questions: Is anyone who comes into the country illegally by definition an American, regardless of their country of national origin? Did enforcement of our immigration laws start under this President? Was the Obama administration not also "complicit" in removing "undocumented Americans?" Did you complain about Obama's treatment of these "undocumented Americans?" Later in the column you state: "We can help others see that pluralism and diversity are assets."  What about the motto, e pluribus unum, from many one? Does that not mean anything to those who would admit anyone into the country? Is assimilation a dirty word? Perhaps the most ludicrous statement in the column is the following: "Asylum seekers land on our shores because this remains a country that respects human rights and honors the rule of law." Are these "asylum seekers" (most of whom are escaping economic deprivation — not a valid reason for asylum) not breaking the law when they sneak across the border? Is it the Source's position that our immigration laws should not be enforced, and that anyone who crosses into the country illegally is entitled to the rights and benefits of American citizens? Is it the obligation of American citizens and taxpayers to provide free health care and other benefits to these "undocumented Americans?" Will we still have a country if we open the borders to all who would come here? is there any reason for those seeking to immigrate to the U..S legally to go through the lengthy process of becoming a citizen when they can sneak into the country and gain immediate status as an "American?" Please answer these questions, as I would like to know what the Source sees as the end result of uncontrolled immigration.

The 54th anniversary of Medicare affords an opportunity to evaluate the successes and shortcomings of the system of healthcare in America. I have worked in rural hospitals and clinics for 34 years and see Medicare as the shining example of an equitable and humane method of providing clinic visits, medications and hospital services. Once people enter their mid 60s they come to a clinic to address the neglected health problems that they couldn't afford before they qualified for Medicare. In contrast I see younger adults and families struggle and sacrifice to make the rising payments for insurance bills, cut back on medications which they can't afford or wait to address medical problems till they become emergencies. A Medicare for All system would provide a proven system to allow these families to have the good health to remain the backbone of our social security system.

Medicare for All would be especially beneficial to rural and other underserved communities. Many rural hospitals have closed in recent years, significantly overburdened by administrative strains—eating up more than a quarter (25.3%) of hospital budgets. Medicare for All would cut hospital administrative costs by funding them through global budgets, similar to the way we fund fire and police departments. Instead of billing hundreds of insurers, hospitals would be guaranteed stable funding to meet community health needs.

The solution to our health care crisis has been here all along! Medicare, now 54 years old, is popular, efficient, and proven to improve seniors' health.

Both my 54-year-old daughter and my older son's partner have been subjected to blowing coal recently in Bend and Redmond. That's when a diesel pickup gets in front of you and belches out a huge cloud of black smoke. Rednecks like to do this to Priuses, and they were both driving Priuses. As well as being annoying, unhealthy, and totally unecological, this is extraordinarily dangerous. Currently Oregon has no law against this harassment. Colorado has a $35 fine, which is useless. If we wish to stop this activity, $3,500 might do it. I urge all concerned to contact their state legislators and get a law passed. We need to get along, not harass one another. As the wise old Native American said, both the right wing and the left wing belong to the same bird, and it can't fly with only one wing.

Don: I'm giving you the letter of the week for the last line of your letter. The wing analogy is so salient in these times... Come on in for your gift card to Palate!

To Paul: We'd like to see the data you're relying on to state that people are coming here as a result of economic deprivation, not imminent threats of violence.

According to the Washington Office on Latin America: "According to the United Nations High Commissioner for Refugees' (UNHCR) analysis of the screenings conducted by U.S. asylum officers, over 80 percent of women from El Salvador, Guatemala, Honduras, and Mexico who were screened on arrival at the U.S. border 'were found to have a significant possibility of establishing eligibility for asylum or protection under the Convention against Torture.'" Unfortunately, those screenings are taking far too long, without adequate legal counsel—forcing some to make the impossible decision to risk death by remaining, or crossing to possible, relative safety in the U.S. Which would you choose?