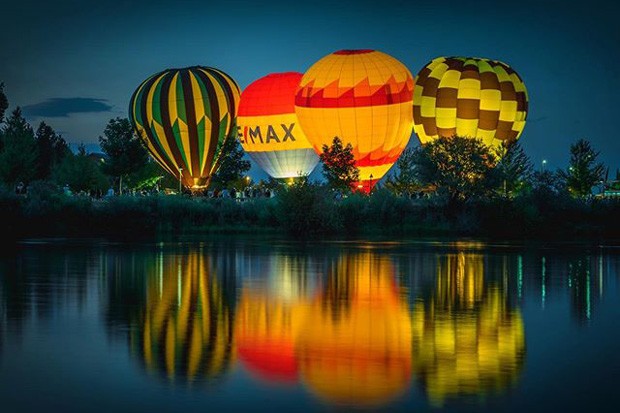 On Sunday, Oregon Gov. Kate Brown issued a press release that House Bill 2437 is one of the bills that she may veto before Aug. 9.

WaterWatch of Oregon is urging the Governor to indeed veto this bill. We also want to use this opportunity to clarify details surrounding it muddied by debate and those who support it, including The Bulletin's editorial board.

The bill, which passed out of the House and Senate and currently sits on the Governor's desk, has been touted as an agricultural channel maintenance bill that will streamline the existing process of unclogging ditches. In actuality, it could have widespread negative effects on Oregon's invaluable rivers, streams and wetlands. This is why 23 conservation groups opposed HB 2437. Not a single conservation group testified in support of it.

HB 2437 is not limited to dry streams as some have asserted, but also impacts wet streams. Specifically, HB 2437 greatly expands the current removal fill provisions for general permits on wet streams, including streams that provide essential salmonid habitat, without providing for any removal fill cap whatsoever.

As to the effects on wetlands, some have declared that sediment removed from channels cannot be spread in a wetland or converted wetland. Not so. Section 5(1)(b) allows the placement of up to 3,000 cubic yards of material removed during maintenance onto wetlands for up to one year. This undermines decades of work to restore Oregon's wetlands and the benefits they provide—fish and wildlife habitat, clean water and natural water storage that is often used by people

WaterWatch is also concerned that this bill does not allow for public notice and comment. The bill eliminates notice requirements for many state agencies, all federal natural resource agencies, tribes, county governments, and even adjacent landowners, all of whom currently get notice for projects over the 50 cubic yard exemption limit. The waters of this state belong to all citizens of Oregon, but HB 2437 cuts out citizen review and critical agency oversight for projects that could potentially destroy some of our state's most treasured resources.

Other proponents of the bill have stated that the current 50 cubic yard exemption is actually a limit to what farmers can get removal permits for. Under current law, there is no limit whatsoever on what farmers can remove from ditches; they simply have to get a removal fill permit. Some might not want to get permits, or pay fees, but this is not reason enough to put Oregon's wetlands, rivers and streams at risk.

The majority of Oregon's wetlands have already been lost to human development. And our state's freshwater resources are already under enormous pressure due to accelerating climate change. Oregon should be passing laws to protect ecologically and economically valuable wetlands and streams, not fast tracking their destruction. Gov. Brown should veto HB 2437. Respectfully,

ONCE UPON A TIME...IN ELLIPSISLAND

In last week's Aug. 1 issue of the Source Weekly, we ran a review of the new Quentin Tarantino movie, "Once Upon a Time...in Hollywood," written by our multitalented and dependable film reviewer, Jared Rasic. Double checking the film's title, I went online to consult the official movie poster, which has it, "Once Upon a Time in...Hollywood," so I changed it in all references, swapping the ellipsis to appear directly in front of "Hollywood." I reckoned that the movie's poster had to be the ultimate reference point. Turned out, I was wrong.

I then noticed that the Aug. 5 & 12 issue of the New Yorker, in its review of the film, also has the title as "Once Upon a Time...in Hollywood." (Film critic Anthony Lane also points out in his review that on a theater marquee shown in the film, displaying the movie, "Lady in Cement," the name below it is spelled Racquel Welch when the correct spelling is Raquel. Lane surmises that the error is "deliberate," without explaining why.)

This past weekend I watched the movie, and there it was in big bold letters at the film's end: "Once Upon a Time...in Hollywood." And that has to be the correct placement of the ellipsis. I figure that what is shown up on the Big Screen during the actual film has got to be the ultimate reference, overruling the movie poster. Apologies, Jared, and memo to Quentin: Dude...make up your mind already!

In the United States, there have been 251 mass shootings in the past 216 days. (I am writing this on Aug. 4. I hope and pray there will not be another one before this letter makes it to print, but the data suggests something different). The Gun Violence Archive says there have been 33,028 total shooting incidents in 2019 as of Sunday, resulting in 8,734 deaths and 17,308 injuries. These incidents are happening across the United States, across socioeconomic status, race and across partisan lines. What has our President done about this? This is on his watch and he cannot blame the Democrats or anyone else for this. What have our senators, our representatives done on this issue besides send their prayers and wishes? We need to demand better gun legislation, better background checks and provide better mental health support for our people. This is about taking care of our people—from young to old, from grandparents to students and children. Why is this a political issue? Can we please close the gap between Democrats and Republicans and agree that we need to keep Americans safe and free from mass shootings?

Thanks for your perspective, Laura. Come on in for your gift card to Palate!