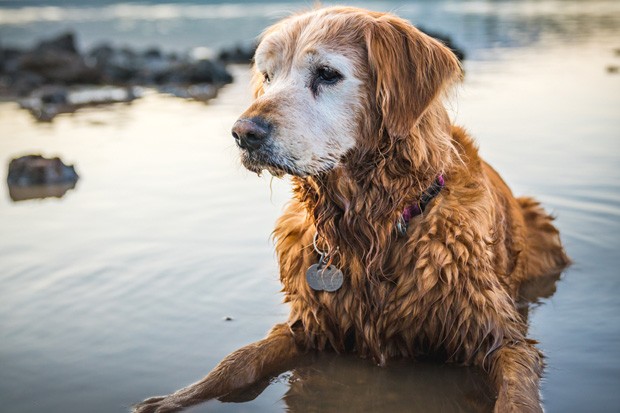 The July 24 Source Weekly contained a guest column by Greg McMillan, president of the Deschutes River Alliance, that needs a response. It is absolutely true that attempts to reintroduce salmon and steelhead into the upper Deschutes basin above Lake Billy Chinook have been extremely disappointing. It is important to understand, however, that adult returns for salmon and steelhead have been plunging in the entire Columbia River basin and much of the Pacific Northwest. The truth is that many anadromous fish runs are on the path to extinction due to habitat loss, dams, over harvest, hatcheries and the heating of the Pacific, which has led to the collapse of the food web in many areas. This has nothing to do with local reintroduction efforts.

The claim was made in the opinion piece that water quality in the lower Deschutes has been degraded by reintroduction efforts. The DRA filed a lawsuit against Portland General Electric and the Confederated Tribes of Warm Springs claiming water quality violations. This suit was dismissed for lacking "material fact." The Oregon Department of Fish and Wildlife has been conducting fish surveys of the lower Deschutes since the 1970s. Surveys since reintroduction efforts began show that trout in the lower Deschutes are at least as healthy, abundant, and are now larger than they were before operation of the Selective Water Withdrawal tower in Lake Billy Chinook. This is due to a more natural temperature profile in the river providing a longer growing season for fish and the food they eat.

The claim was made that a superior solution would be to truck returning anadromous fish directly to the Metolius, Crooked and middle Deschutes rivers rather than releasing them into Lake Billy Chinook, thereby eliminating the need for the SWW tower and surface water releases into the lower Deschutes. Specifics of how this might work for juvenile fish were not provided.

In order to effectively capture most out-migrating fish before they reach LBC, new dams would have to be built at the mouths of the Metolius, middle Deschutes and Crooked rivers. This is clearly not going to happen. Using devices like screw traps is unfeasible. Juvenile salmon and steelhead head to the ocean in the spring, during times of high flows. PGE estimates that even on the Metolius, a relatively stable river, their screw trap only catches 10% of the out-migrating fish. Screw traps are sampling devices, not capture devices.

If the DRA's concern is water quality then they should be working with other environmental groups to clean up the Crooked River which has been identified as the primary source of pollutants causing algae blooms in Lake Billy Chinook. Studies have shown that most of those pollutants come from fertilizer-laden agricultural runoff from Ochoco and Central Oregon Irrigation Districts. Efforts are underway to improve Crooked River water quality; I hope the DRA can join the effort. We should clean up the Crooked, not bottle it up in LBC, a popular recreational destination.

It [is] interesting that a Land Use Planner/ City sent out a letter stating "informational meetings based on preliminary plans," and it states the plans may be altered prior to submittal of application. That is a joke. At the meeting we are told their proposal, the Planner/City want to replat a 7-home subdivision into a single lot and shove in a +48 unit multifamily avoidable housing project on the other side of regular homes' fences. They need a variance to add 6 feet so the building can be 41 feet high, the ground is 8' higher than the existing houses to start.

The question they could not answer, what will this do to our property value?

The parking is also a joke, the lot will fit 68 vehicles and the rest can park on NE Holliday. Which is already full of cars on the street and the traffic is heavy going to and from Purcell.

They say it is not a done deal [funny], it has been designed, which tells you it is a go. The land use planner/ City need to shove more people into smaller spaces on the EAST side, and no one cares or listens to the people in the existing neighborhood.

Have they ever done a replat on a development on the WEST side? Build them in Juniper Ridge, or the corner of 15th and Reed market, or by the new high school on 15th, or along Victor Place.

We have NO say, they have decided, we are stuck with it.

In Response to Editor on: Immigration

In the August 1 edition letter writer Paul deWitt posed a number of questions relative to immigration and essentially the rule of law. But rather than addressing a single question, Source Editor Nicole Vulcan responds that "we'd like to see the data," used by deWitt to support his claim that economics, or maybe better stated—fleeing an impoverished life, is why so many seek refuge in our country. Vulcan then goes on to site statistics that effect a segment of those residence-seekers. In doing so, she exhibits classic liberal progressive traits whereby tolerance, inclusion and acceptance of opinion apply only to those who are fully onboard with her position. In the process, the basic fundamental questions go unanswered. Why? Because to be honest might go against the narrative of the moment.

In Response to: Immigration, via Bendsource.com

Paul- I don't have time to deal with all of your questions, but I'll address a few. These people coming here seeking asylum are almost all Americans as they come from Central America. Obama did remove some undocumented people, but he didn't separate families and put children in concentration camps.

E Pluribus Unum actually refers to the original 13 colonies which only existed as the end result of uncontrolled immigration.

Almost all studies show that illegal immigrants actually pay more into the system than they take from it.

And please quit suggesting that progressives would prefer that immigration laws should not be enforced. That is just a red herring. Trump and his cabal keep trying to change the immigration laws to impose his racist beliefs on our country.

Thanks for taking the time to address some of Paul DeWitt's questions, John. Come on in for your gift card to Palate!

Dan (and Paul): We've already had an exchange of words away from print, but my response would have echoed what John said. The purpose of the letters page: To encourage readers to read others' takes on issues, and then to respond, ideally with dignity and respect.