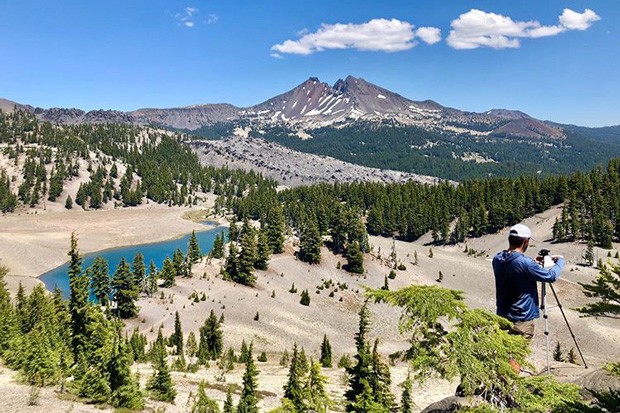 ACE SAYS NO TO CRUELTY, AGAIN

Years ago I was able to convince management at Ace Hardware to remove glue traps from their shelves by writing a letter that pointed out the gruesome cruelty. Since then the traps have been reinstated because customers requested them.

A person needs the essential quality of empathy to be able to imagine not only the pain and suffering but the panic, despair and long dying process involved in meeting one's end in such a trap. How a person can sleep at night while a live animal is experiencing this horror in their trash is beyond me.

I too have had a mouse problem. I captured them in live traps, released them as quickly as possible into a bucket of straw (the straw reduces their anxiety by 99%), provided water and food until I had a chance to take them out to the wilderness where they can live out their lives or become essential food for owls and predators. Sure, it took more time and effort but I consider that time well spent. Subsequently, I've kept my garage mouse-free using the plug-in devices that generate an electrical signal rodents don't like. Problem solved.

Ace Hardware has again agreed to remove the glue traps from their shelves. They still provide lethal traps as well as humane options. I would like to hereby publicly thank Jeff Paulson and Ace Hardware for saying NO to torture, something Home Depot, Lowes etc. has yet to do. Ultimately however, it is YOU the consumer who has the power to "Be the generation that ends the violence."

This is a message to the people of Central Oregon: business owners, city government officials, leaders of all sorts, helpers of all sorts, all ages, all races. It is time to stand up and speak out against racism. If you love Trump or are a Republican, that is fine. Please understand that you support a racist organization.  We gotta stand up to it. We have to spread the word that racism is crap. It is time to draw a line in the sand. I want to support businesses that love equality. I want to feel safe when I go to a public event. I don't feel safe when I see a Trump flag. The racists are doing a good job of getting their message out and inviting people in. I believe all races are good and it doesn't matter what country you are from. It matters that you are kind to your fellow humans and respectful of their beliefs. How can I respect your beliefs when you believe it is OK to kill people because of the color of their skin?? Or some other real or imagined difference?? I cannot tolerate your intolerance! Diversity is a strength. Your fear is a weakness.

Trump is a demon from hell, literally. And as he trashes the Constitution, Democracy, the United States, ad nauseam, he is laughing all the way to the bank. At everyone. Including his comatose braindead groupie sheeples. Why doesn't ICE ever raid any of Trump's properties across the U.S., where it is common knowledge he has employed tens of thousands of undocumented workers over the years and continues to do so? The miscreant scumbag in chief has a crew of undocumented workers who are specialists at masonry and other upscale work, and they travel around the country doing whatever finishing work is needed at bozo'z various properties. While Trump sends ICE out to round up undocumented workers by the hundreds at a time, he is employing them to work for him. This unempathetic hooligan thinks he is untouchable and can stand above the law because he knows his idiot followers will follow him, no matter what he does, even straight to hell. And that is just where he's taking them, and the country as well.

STILL POOPING ON HER

She has a job, done well, which is to keep us alive, but we just continue to ignore her needs. Mother Earth could quit her job one day.

Recycling. Great buzz word, but how many of us really pay attention to the protocol? A material either IS or IS NOT recyclable.

For three decades we sold our "recyclables" to China—a now defunct program because the intended reusable waste was consistently contaminated. So now we are topping-up our landfills or incinerating (as in Chester, PA, where ovarian cancer is 64% higher than the rest of the state and lung cancer 24% higher).

Dear Mom, we are sorry, but frankly, we don't give a crap.

Today, while doing the waste cans routine, I was (again) appalled at my 30-something-aged neighbors who'd filled their recycling can with 80% non-recyclables. So I put it all in my waste can (again). Interesting, when such things are not punitive they get less attention.

My plea: let's all wake up, get informed and do our part. We collectively own the outcome. Cascade Disposal has a one-page graphic guide on its website. It seems easier to think in terms of what IS recyclable. All other material IS NOT. Really pretty simple. Proper recycling is perhaps the most accessible and convenient thing we can do for Mom (because we will still expend fossil fuels and unload Co2 to go purchase stuff in non-recyclable packaging).

POPULATION, IN RESPONSE TO "AT HOME ON PUBLIC LANDS," 8/8

When some people get in debt, they cut back on spending. Others continue to overspend and borrow to cover the increasing debt. The latter is what you are doing if you disperse people in nature to alleviate crowding. (Aug. 10 Source article.) You are not dealing with the problem of a rising population of humans which is not sustainable.

Global warming is thought to be caused by the activities of almost 8 billion people on this earth and, at the rate we are growing, we shall have 9 billion by the end of the century. Studies have shown that global warming could be slowed by reducing population growth. Political leaders and the news media are loathe to even discuss the subject. As long as this is true, all the efforts to mitigate the negative effects of population growth are simply short term. This includes gas efficient cars, reducing carbon emissions, more efficient lighting and dispersing campers in nature. You would think we would be smarter.

William: Valid points, which point to the need for this nation to avoid cutting funding for organizations offering vital birth control services for those who might not otherwise be able to afford them. Come on in for your letter of the week gift card!