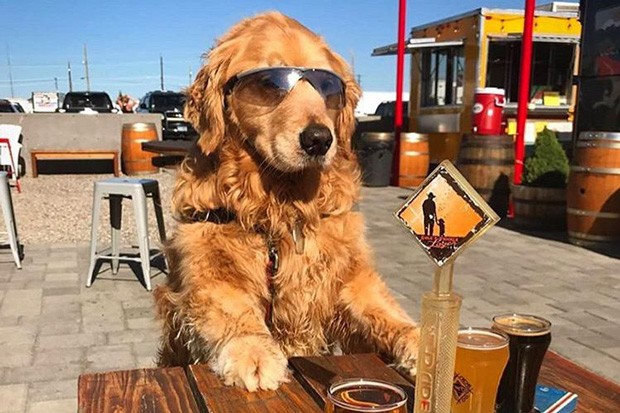 Today we hiked the Swampy Lake Loop Trail. We saw no other hikers and no other footprints. Just mountain bike tracks. When we reached the Flagline section, we encountered a steady stream of "downhillers" who were shuttled to the top and were speeding downward. We had several scary, near collisions with them as they careened down. When we said something to one of the crazies, he said that this was advertised as a "high speed downhill" ride. They also had the attitude that we didn't belong there and that we were ruining their fun. I think there is really something wrong here. Have mountain bikers completely taken over our trail system to this extent, so a hiking trail is now considered a MTB bobsled run. Our trail systems have become overrun with MTB to the detriment of hiking. But this was truly a new insane abuse of the system. Now I know why we didn't see any other hiker's footprints. And there must be commercial operations that are shuttling these kamikazes to the top, and giving all this PR about "a high speed downhill run." In addition, in several locations, jumps had been constructed to increase the madness. Shame, Shame!

Recent comments by one of Trump's cabinet about the real meaning of "bring me your tired, your poor" on Statue of Liberty reminded me how Canada and Australia, to mention a couple, have strict requirements for immigration in that when you apply to enter, you need to prove you have a skill and/or financial resources so as to not become a burden on the rest of the citizens of those countries. There is a connection with overpopulation which needs to be looked at and it boils down to quality, in terms of skill, for example, and quantity, which simply means there are too many humans on this planet—and our presence and activities are driving this world's ecosystem into overwhelm and degradation.

The best remedy to this issue is to slow the birth rate. It's a win-win without any partisan component because slowing the birth rate has only positive results for every form of life in the ecosystem. Fewer people eases the crush of numbers, which in itself overburdens already stressed processes everywhere.

Slowing the birth rate is consistent with maintaining a common sense style of life and contributes to stewardship of our home world Earth.

I don't understand what reasoning the opposition to cannabis farming is operating from. Cannabis products are changing peoples' lives for the better. Business is booming and Oregon has been at the forefront of the wave of innovation and growth. Central Oregon has the potential to not only make a lot of money through sales and tax revenue, but to be a part of a tremendous expansion in the market for herbal medicine and other hemp products. I find it shocking that people want to stop farmers from growing it in Deschutes County. #1. Farmers can grow what they want on their land. #2. Who are ya'll to say we have enough land in hemp? This world needs hemp. Lots and lots of hemp. Also, THC producing plants are greatly needed. It is medicine. The world needs this medicine. Please don't fight it. It is a good thing. Stop wasting our leaders' time on this subject that has already been voted on, with widespread support.

The majority of tax payers receive little value from elected officials and bureaucracy at every level. Recently, the city council washed their hands in legalese to explain why they were impotent to do anything about a cell tower being built too close to a school yard, because there were no protests within the legally required comment period. Tough luck parents were not notified of the plans in time to register well founded concerns about the impact on the growth, development and overall well-being of their children. Another case in point, the neighborhood I live in has protested for months, concessions given to a developer to have things go his way, to hell with the residents. Result is a smidgen of concession for us, a sweet pot for the developer. Something went awry a long time ago that permits elected officials and government policy to ignore what is best for the majority of residents, who pay, pay, pay with taxes, and the benefit goes to those who know how to seduce the decision makers. No wonder people give up protesting when they are met with such sophisticated exploitation. It is frustrating to me the many times I am hoodwinked into voting for manipulative people who, moments after they are in office, begin to use their office for personal gain. I hope one day an app is invented to detect bullshit.

I have nothing but love for all dogs and most dog owners. That said, and with only good intentions, I am going to go straight to the third rail of dog-related conversation: leashes. Without hesitation, I strongly recommend that the default position for dog owners in public spaces be on-leash. In addition, I strongly recommend the default position in wild spaces and riparian restoration areas (like much of Deschutes streambank in the Old Mill) is that they be avoided when walking your dog. As one example, please don't let your dog swim in the Habitat zone protected for wildlife located just downstream from the Colorado bridge, along the east bank. On trail in designated areas? Absolutely! Off leash in designated areas? Absolutely! There is an excellent whitepaper titled "The impacts of dogs on wildlife and water quality: A literature review," compiled in 2016 for Portland's Metro parks and natural areas agency. This is a must-read for all, including dog owners, to help with our collective understanding of the role and relationship of our canine companions in both natural and man-made communities. Please note that I am not recommending any new laws or policies. They are already on the books. I am just hopeful for more understanding, compassion and empathy, along with happy dogs and dog owners, and a healthy environment.

Kevin: Thanks for sharing your thoughts. Readers: Our inaugural issue of Central Oregon Pets last March shared this same view, even going so far as to share photos of the degradation of riparian areas along the Deschutes, where dogs' owners let them play. We can do better! Kevin, come on in for your gift card to Palate.