Kay Bee wrote a strong, relevant letter. We say "cheers" and come on over for a free house roast!

RIGHT TO BEAR ARMS VERSUS ENEMIES FOREIGN AND DOMESTIC

Dear people at The Source:

Here is a concept that demolishes the argument of the NRA faction about right to bear arms. The right to keep and bear arms applies only to Americans willing to defend our democracy.

When anyone, foreign or domestic, seeks to destroy our democracy, they lose status as citizens of the United States of America and forfeit the right to keep and bear arms. In fact, they lose all rights.

I have heard certain people who have firearms state that if government is given the power to declare any person they choose as "mentally unbalanced," that the government would then sweep in and start grabbing all the guns from everybody.

Let the "government" try that and you will find me alongside those people afraid of "government take-over," for that would clearly be a situation where people in federal government were then a domestic enemy of our democracy.

Also, DJT is not worthy of mention every time he farts.

Put him on page fifteen for one day a week.

Giving him constant coverage only encourages him. Stop it!

THANK YOU, VANESSA AND ACE HARDWARE IN RESPONSE TO: ACE SAYS NO TO CRUELTY, AGAIN, 8/22

Vanessa, what you wrote is very brave, and I thank you for shining a light on the cruel practice of killing mice with glue traps. I, too, cannot justify causing pain to other living creatures, while most people would rather hide their head in the sand than admit the truth. Well done.

September 9-13 has been designated National Child Welfare Worker Appreciation Week. In Central Oregon, volunteers of the Citizen Review Boards (part of the judicial system) ask that you join us in offering extra special appreciation for Oregon's Department of Human Services Caseworkers.

Caseworkers are assigned when children are in the custody of DHS. Their charge is to make sure Oregon laws and guidelines are followed as they work with the family. They meet with children, parents, foster parents, CASAs, medical and other service providers, school personnel, attorneys, Citizen Review Boards and judges. Their caseloads are heavy; many variables result in unpredictable situations and often lead to crisis; staffing is such that the notion of "finishing my work for the day" is an impossibility; criticism frequently occurs from all directions—and often that criticism is very public.

During this Appreciation Week, we'd like to say to our DHS Caseworkers: "Hats Off! Cheers! Thank you! You are the hands and feet of our community as you work to help children and families in Central Oregon. We sincerely appreciate all you do."

Marcia—thanks for the suggestion. Come on in for your gift card to Palate—which could be a good thing to pass on to your favorite caseworker... 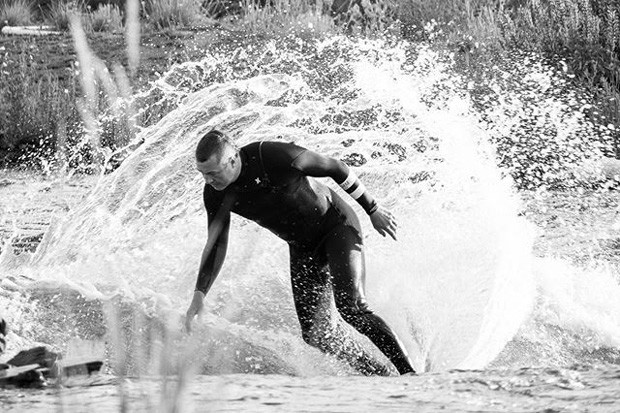