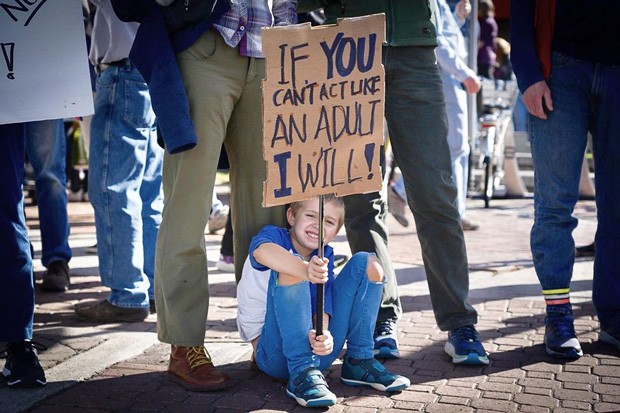 On Oct. 4, a long awaited proposal from eight irrigation districts and the City of Prineville called a Habitat Conservation Plan (Plan) will be made public. The Plan, and an accompanying draft Environmental Impact Statement (EIS) will outline and analyze the actions that the irrigation districts propose to take in return for 30 years of immunity under the Endangered Species Act for killing and harming imperiled species. Much of the carnage results from the districts using the Upper Deschutes as an irrigation ditch. The Plan is a big deal for the Deschutes Basin, giving the districts a get out of jail free card for 30 years.

Using a crystal ball, here's what to expect from the Plan.

After spending millions of public dollars, a lot of talk and posturing about collaboration, almost a decade of study and numerous reports, the districts will propose and the Feds will permit the districts to do much less than is biologically necessary and imminently feasible to restore the health of the Upper Deschutes and Crooked Rivers. This will be done with the active blessing of the Trump Administration, an administration genuinely hostile to river and species health, sustainability and anything that can't be monetized for private gain.

The Plan and the Feds will walk back recent science found in federal documents that indicates that higher winter streamflows are needed more quickly on the Upper Deschutes than the Plan will propose. The Plan will allow the districts to do nothing to improve Upper Deschutes winter flows for five more years, do essentially what they can already do now for years six through 10 and reach a target winter flow of 400 cubic feet per second by year 30 (that's 2049), after many of us are dead and gone. Recent federal science indicated at least 600 cfs is needed in the winter. The Upper Deschutes is already dying. The crystal ball suggests it won't last on life support for three more decades.

While the crystal ball suggests that the Plan may not prescribe any specific approach to conserving water to help restore the Upper Deschutes, the districts will continue to rely on taxpayer money for canal piping projects, in part further subsidizing wasteful irrigation in the Central Oregon Irrigation District. Market tools that could bump up winter flows right now, though less expensive and imminently feasible, will not be required and may not be widely used at all. They should be.

Meanwhile, on the Crooked, Trump's Bureau of Reclamation refuses to implement the bipartisan 2014 Crooked River Act passed by Congress. Under the Act, water released for fish from Bowman Dam should be protected downstream to Lake Billy Chinook. Despite rhetoric about collaboration, the irrigators are busy playing Trump cards with the higher ups in Reclamation to frustrate implementation of this bipartisan Act.

Two of the West's most feasible river restoration opportunities sit right here in Central Oregon. There is, in general terms, enough water to meet reasonable needs in the basin IF that water is used and allocated wisely. Currently it is not. Unfortunately, despite this massive, practicable opportunity—and massive influx of taxpayer money to subsidize private interests (over $85 million and counting)—the crystal ball is suggesting that the old hydrology of the West (and modern politics) continues to trump science in the Deschutes Basin. Water flows uphill to money.

On Tap has turned into much more than a food truck place and a beer place. Eric And Laura have got the best crew. They have turned, unwittingly, that place into a community or family. The recent passing of Bleu Rooster's Levi is testament. I personally have tried to be there for all of them. Lots of tears shed recently, lots of hugs. Sad time. Levi...in my opinion was/is one of the best chefs in town. I think his story is worth telling. Thanks.

The following was exerted from Natural News https://www.naturalnews.com/2019-07-12-climate-change-hoax-collapses-new-science-cloud-cover.html): The climate change hoax has collapsed. A devastating series of research papers has just been published, revealing that human activity can account for no more than a .01°C rise in global temperatures, meaning that all the human activity targeted by radical climate change alarmists—combustion engines, airplane flights, diesel tractors—has virtually no measurable impact on the temperature of the planet.

Thank you so much for running the article about the divers who recover lost items from the Deschutes. It's such a wonderful and generous service to our community and yet another reason why we love living here.

My husband lost his wedding ring at the wave park in May. After seeing your article, he contacted Miranda and they had found his ring!  He just got it back—right in time for our 16th anniversary.

Angelique: We love hearing stories like this! Glad we could help. Come on in for your gift card to Palate!