I've just finished reading the nine short pages that constitute the Articles of Impeachment against President Donald Trump. This is a historic moment for our nation, and while our publication is focused largely on the issues closest to home, there's no doubt that the policies, orders and yes, even the alleged obstruction and abuse of power issuing from the White House has an impact on our lives here.

So, too, does reading source material from any number of agencies. Example: While it's beneficial to read our article on the City of Bend's upcoming transportation system plan to get the "lay of the land" about possible bonds on the May ballot, visiting the City's web page outlining the plan in heavy detail is a good thing too. Showing up to Council meetings or watching them online is also helpful.

I recently got into a discussion with a family member about a state bill, that to this family member was a controversial one based on what they'd heard on cable news. I encouraged them to read the text of the actual bill instead. Guess what? That family member reversed course once they'd read what the bill actually entails.

Have questions about how to find and vet source material? You can always drop me a line at editor@bendsource.com. 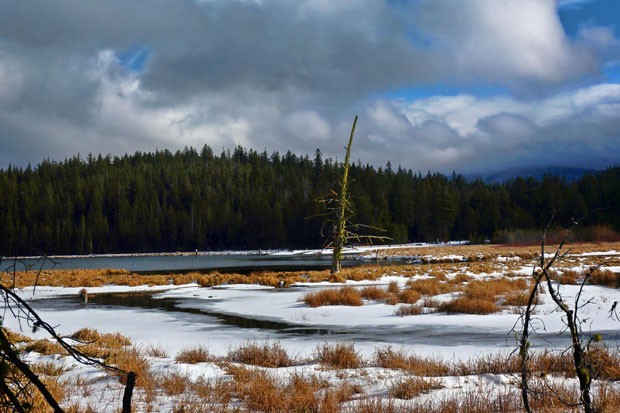 It is disgraceful that a city like Bend cannot provide better snow plowing for its neighborhoods. This last snowfall though modest demonstrated their inability to keep our local streets clear. There was "NO" plowing on the side streets of NWX and many other neighborhoods. Then as the slush began, there was "NO" plowing once again. Some of the berms that developed off of Mt. Washington were ridiculous. Not everyone wants to own a high clearance truck. I spoke to people from the city and they insisted that the areas had been plowed. NOT!!! A lot of macho people are going to respond, "go south." Well Bend has attracted some new demographics of people who rightfully expect to pay their taxes and in return be provided with a modicum of city services. Something basic as making our streets passable and safe is not asking for too much. And this is not just about plowing. If the city cannot keep up with the growth then they should slow down the rampant and destructive over expansion. Other services including medical care and just finding a "plumber" are being affected adversely. The safety, well being, and the quality of life, why we moved here, are in jeopardy.

I was born and raised in Bend. My sister and I make it an annual tradition to go and watch the parade. This was the first time ever we left with a bad feeling and experience. We got into downtown really early and placed our chairs in a spot on Wall Street, just about a block from the announcer's table. Because we were so early, we went and shopped the local stores, wanting to put money into the local economy.  When we went back to our spaces, our chairs had been surrounded by people. The people had moved out into the street a full car length, leaving my sister and I with the smallest possible window of vision to watch the parade. We asked nicely once for some of them to move back, but the three young girls who were directly blocking our view (who were with their parents who said nothing) simply looked at us and stood their ground. We couldn't believe how rude people were being. We have never experienced that before. We looked across the street and nobody was in the street except for the chairs and children sitting on the curb. We could only assume that these people surrounding us were not from Bend and didn't know the etiquette, and certainly didn't have respect or common sense. We were truly disheartened.

The other issue with the parade itself is that nobody plays Christmas music! Or they're waiting until they get in front of the cameras and the announcer. All of us along the parade route want to hear Christmas music from the bands and the floats—if you're in future parades, please take note and play the whole way of the route! That's what we come to hear.

RE: Inching Closer to a Mirror Pond Resolution, web-exclusive story at bendsource.com, 12/6

"Green-generating dam." Mr. Horton, I don't think you can call it green when it kills 6000 fish each year. The Bend hydro Dam has no fish screens on the intake or tail-race. There is no fish passage and the design of the spillway kills fish from the impact at the base of the dam. It is unfair that the irrigation districts and Opal springs are required to invest millions in fish improvements when PacifiCorp does nothing. Additionally, the millions of public dollars spent at the North Unit Dam for fish passage have been mostly a waste of effort since the Bend Hydro Dam has no passage and is hardly more than a mile upstream. No more special treatment for the Mirror pond Dam. Bring it up to a proper standard or get rid of it.

We have been discussing Mirror Pond for decades. This past year the City and BPRD held public hearings/meetings about next steps and dredging. I attended numerous hearings and City and BPRD council/board meetings in 2019. Support for dredging has been strong, the people want action and the publicly elected council and board have passed resolutions supporting the long overdue rehabilitation of Mirror Pond with levels of financial commitment. The public (unlike in the 1980s) has committed financial support to the rehabilitation. It is time we move from talk to action. Mirror Pond has been described as iconic and a crown jewel of our City. It is time we invest in this cherished asset of our Community. Let's not let another year pass with no action!

Last I knew, the community was split 50/50 on whether to dredge or not, but just because the dam is staying doesn't mean we have to dredge. Put it to a vote!

Dave: Thanks for your succinct comment. Come on in for your gift card to Palate!