New Year, new laws! As we settle into 2020, we're outlining a few changes you'll see in Oregon laws this year (bye bye plastic bags!), as well as connecting with a futurist about everything from self-driving cars to job prospects for the coming decades. 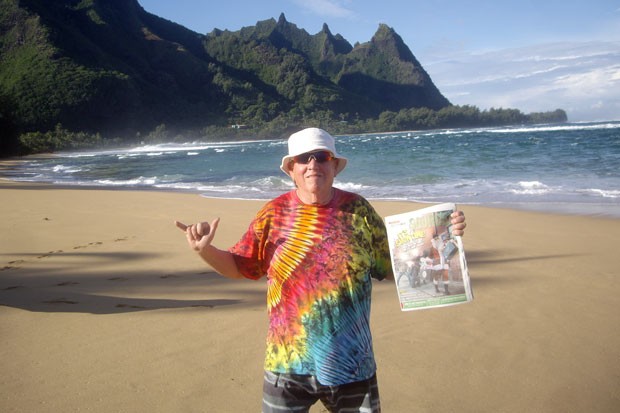 And while some futurists say computers are already able to write basic news reports about the happenings of the day, I maintain that machines are simply not going to be able to interview sources, identify pertinent portions of legislation, analyze public sentiment, select the most salient information and do all the other fact-checking necessary to craft a long-format feature story like the one we're publishing this week on Oregon's Student Success Act. Thankfully, we still need solid, local reporters for that job.

The screed by Sue Bastian in the 19 December edition (Fascism...Never Here?) is a not-so-thinly veiled swipe at President Trump and his supporters (roughly half of the country). That she would suggest the country is manifesting signs of fascism under Trump is preposterous. The Left always trots out the canard that the Right is fascistic. That smacks of what the psychologists call projection: the tendency to project your own feelings and attitudes on others.

In fact, the real danger to the country is from the Left and groups aided and abetted by the Left, such as Antifa, which believes in violent suppression of any group or individual whose position it does not like. Socialism is increasingly favored by young and impressionable, uninformed voters. The irony is that fascism and socialism are two peas in a pod and the Left is nothing if not disingenuous when it claims that conservatives and President Trump are leading the country to fascism.

Ms. Bastian would be well advised to brush up on her history and consider where the real threat lies. After all, the word Nazi is the abbreviation for national socialism, precisely what the Left wants to achieve in this country.

This is so sad to me. I am seeing a decreasing value for creativity across our society at a time when it is desperately needed...for hope, for new problems coming at the human species, for our mental health, and for our ability to bond and love across the planet. I will continue to work on Bend's creative spirit into the future...where I can! Kathy Hoyt, Creativity Psychologist

I am following on reader Goldstein's letter to the editor (12/26).

Bend has been built and continues to be built out as if it were a suburban community: large residential tracts, separate large retail clusters and separate commercial/industrial sectors.

There really are only two walkable areas in Bend apart from the parks: The Old Mill District and the downtown area. And people use their motor vehicles to reach these areas at that.

If you want to see real walkable neighborhoods go to Portland or San Francisco where there is a genuine mix of residence, business and public facilities.

Look around you. Do people generally walk? No!! Bicycle use has been estimated at 2.5% of all trips by the city planners. But much of that use is taken up by racers and recreational riders, not people using bicycles for transportation. Did you know that there are marked bike lanes in either direction on the Parkway, albeit covered with grit? When is the last time you saw someone use a bicycle on the Parkway? Would you risk your life riding a bicycle on the Parkway?

No amount of wishful thinking is going to change that reality.

I live in the southeast quadrant of Bend, where many more large residential tracts are now being built or planned for the next 10 years. Yet there is no nearby area to walk to: not on Knott Road, not on Murphy Road (including its new extension), not on Brosterhaus, not on 15th Street, not on Reed Market Road, not on 27th Street and certainly nothing in the residential tracts in between. Similar problems exist in other parts of the "city."

Then please take a look at the proposed redevelopment of the central portion of Third Street. Even if the redevelopment succeeds in creating a walkable area, how will someone access the area?

Sorry, but I am not persuaded by current planning.

Stephen: Thanks for your thoughtful letter. You've earned the letter of the week! Come on down for your gift card to Palate.