The 2020 presidential election is still 10-ish months away... but it already feels like political season is in full swing. From the opening of the Oregon legislative session next week, to the ups and downs of the impeachment trial, to us beginning to assemble our candidate endorsement board... we're up to our ears in politics! And while this week's issue has some deep thoughts, also look for some "fun" political coverage, such as Iowan Isaac Biehl's take on participating in the Iowa caucuses—which also start next week.

And for those less interested in politics, you'll still find plenty of other great stuff to read right here. 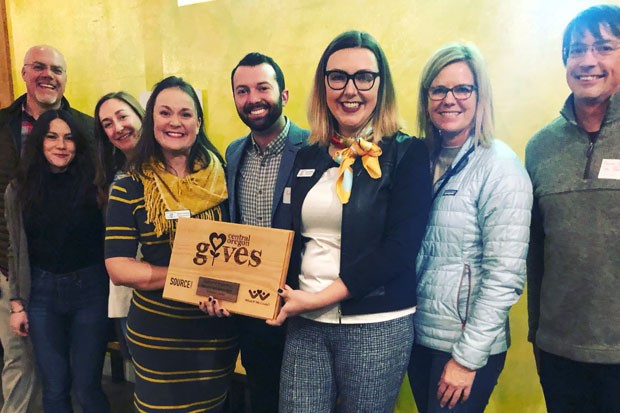 RE: Keeping the Home Fires Burning, 1/23

I think it is unfair to lump AirBnB into short-term rentals only. I am a relatively new Bend homeowner and AirBnB host who shares my personal home with others. I am contributing positively to the Bend economy by helping people to afford a Bend Vacation (I charge less than a motel and my accommodations are beautiful and on a par with a high end hotel.)

I am not only paying property taxes, but the AirBnB fees are substantial. The cost of my initial AirBnB permit was almost $1600 and now several hundred to renew each year. (Bend upped the fees to new applying Airbnb hosts recently to almost $2,000) Every guest I host is contributing to the tax revenue collected by AirBnB and sent directly to the City. (It would be easy for the City of Bend to find AirBnB listings who are not "legal" and ask AirBnB to remove them from the platform. Heck, I might be willing to volunteer for that job!)

I am a valuable resource to tourists because I direct people to spend their money IN THE CITY and have a visitor's manual that is online for every guest to view. In essence, I am the concierge ensuring my guests have a great experience and come back often to Bend.

Living and speaking beliefs does not mean you don't still treat people with respect and as a human being. I liked to hear that this former employee proved that the company treated him just like everyone else. That is what Christians do...regardless. As people of all beliefs we need to not take offense and realize that at the end of the day we just want to be treated the same and they seem to be doing this as a company.

As long as we're dreaming big it seems to me a multi-stage gondola would be less expensive, would have less of an environmental impact, and would be more easily operated and maintained w/ current resources than a train. And it would certainly be fun. None of this will ever happen, though. The environmental studies (and as mentioned, impact) alone make it a non-starter. We can learn from the Denver I-70 corridor. How about lottery-based gating of access to Century Drive, ticket "A" gains access at 6:30, "B" at 7:00, etc. Unpopular opinion: maybe we should do more around education as far as how much the weather/visibility on Bachelor sucks. We need fewer tourists, not more.

Tim, you're right. We need to address getting up to Mt. Bachelor and access to the Cascade Lakes Highway in general in summer or winter.

The responsible thing is to take control of the situation and save others from misery of driving themselves at their car's and wallet's expense. Creating the experience of departing/arriving to the mountain and making it more enjoyable and cheaper in the process. What if instead of driving to the mountain you had predetermined "stations" where people could gather and get in busses? What if instead of every hour or so your busses were well staffed and consistently running every 15 minutes because they were the majority of vehicles on the road? What if getting to Mt. Bachelor cost a buck each way?

If you increase the bussing and decrease the cars on the road, bus timetable consistency would increase. There's an easy and unpopular way to help move the needle on discouraging people from driving up to the mountain alone in a car: charge for parking. Charge a lot. Like $20 a car. Make it completely unappealing. I can't fly my helicopter up to the mountain so the specter of freedom of choice for my transportation is already limited. It's either drive or bus and right now both are bad choices due to the current state of affairs.

Trains are great in large metro areas, but Bend isn't close to meeting that level of ridership today. They're costly and not super relevant on existing infrastructure. Increasing the frequency of bussing is a valid option and much less expensive to pilot. No infrastructure changes needed. Just more busses and they can run year round allowing many people of many economic levels to enjoy the mountains. Staffing up to support more busses is simple in comparison to building all new infrastructure. Get more people to work immediately, minimize starting cost, and maximize the value to the community beyond this one track. Heck, if it's successful you could run a line from the airport all the way to Mt. Bachelor to let the Alaska fliers take full advantage of that free rental and lift ticket day of arrival. There are real world examples of this working. Bogota, Colombia utilizes busses as their rapid transit. It's so successful they have multiple lines. Let's put more people to work today, save our cars some of the worst, most damaging miles, and make sure that we have trained professionals helping us get to and back from the mountain. If it proves successful and ridership increases, that's great. If it fails, then you just sell or stop leasing the busses and we've meanwhile trained a workforce that can be put to work in other industries such as trucking, CET, school bussing, and more.

The bus is there but it's expensive. 10 bucks for a round trip ticket, 5 dollars each way. It's also extra steps instead of just dealing with the traffic in a car. If Bachelor or CET wanted to make a real difference, they would lower the price considerably or allow pass holders to ride up for $1 or better yet free!

Graham: I couldn't agree more! It's great we have a bus, but it's also far past time we start getting serious about more public and mass transportation options at both the ski resort and sno-parks. Come on in for your gift card to Palate!