I spent the better part of last week taking part in the judging process for the Bend Chamber's Women of the Year awards. I can't say who won just yet (stay tuned for the March 5 issue, when we share some of the stories of the winners), but I can say that if there are any Reasons to Love Central Oregon, the women included this year are it. This region is filled with movers and shakers, with doers and dreamers, and with those who look outside themselves and their own daily dramas to support those in need. Our region, in its ongoing season of growth and change, has so many community heroes.

As Valentine's Day approaches, we are taking time in this issue to share some of the reasons to love where we work and play. It's far from comprehensive, but I guess that's why we continue to put out an issue week after week. The job of telling meaningful stories is never done... 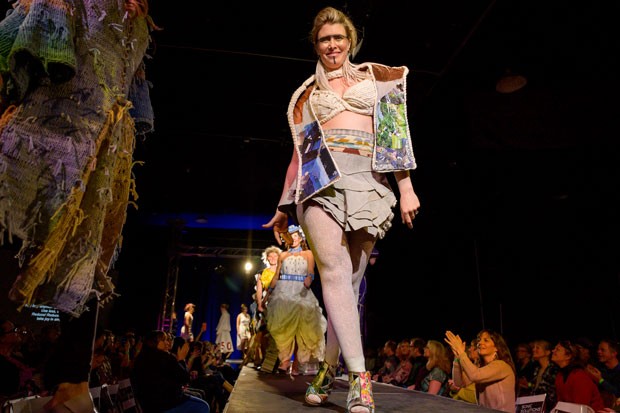 ODOT appears to be planning to close the entrances to the parkway from Lafayette, Hawthorne, and Truman Avenues. This will tremendously increase downtown congestion, as many drivers will have to take 3rd street, already much congested. Might ODOT consider adding a third lane between Lafayette and Colorado, and again after Truman, which might be fairly easily done by decreasing the median between north and south lanes and adding some of the shoulder. This would enable an acceleration lane from the downtown streets and might be helped by a simple sign that says, "Allow merging." The present plan clearly makes things worse, not better.

Really? These bills will do virtually NOTHING to reduce criminal activity, but will make it easier for criminals to invade homes because they know they will be 'gun safe' for them to enter. You want to punish ordinary law abiding citizens and enable more criminal mayhem.

SB 1530, the bill that would hold the largest polluters in our state accountable, and establish an investment fund to fairly distribute proceeds of a cap and invest program to communities most impacted by climate change, was introduced yesterday in the Oregon Senate. Recent improvements to that bill are heartening. It is not everything that HB 2020 was, but we cannot make the perfect the enemy of the possible with climate chaos on the near horizon. The cost of doing nothing is too high.

With significant concessions to rural Oregon, there is no reasonable justification for Republican Senators to deny a vote on SB 1530, even IF they (mistakenly) believe their constituents oppose meaningful action to address this issue!  This legislation has been ten years in the crafting, needs to be considered unfinished business, and must pass in the "short session" now underway. Not only economically advantageous to our State, meaningful action to combat the devastation of climate change is a moral imperative at all levels of government.

RE: An Interview with Jason Graham, 1/30

I always knew you were special. Remember even the smallest raindrop can create a flood. Hang in there and focus on the small changes, the flood is coming! #diversityforthewin

The worst thing is how this post is going to be filled with people judging each other, calling each other idiots, which ultimately is just virtue signaling, feeds division and does nothing to build community.

I find this whole thing rather disappointing and feel that we'd be better off if Chick-fil-A had never come here in the first place. It just seems to bring out the ugliness in people and favor exclusivity instead inclusivity.

Regarding driving and parking vs busing to the mountain. Before moving to Bend I worked in Breckenridge, Colorado as a bus driver for several years. If you want more people to ride buses, there's a pretty simple fix; you charge for parking at the lifts and use that money to subsidize free bus service. If that seems unfair, consider how it works now: Everyone who buys a lift ticket is paying a share of the costs of building and plowing parking lots, but people who ride the bus don't use the lots. So, in effect, the bus riders subsidize the parking. Getting more people to ride the bus reduces road congestion, improves safety, reduces CO2 and gives everyone a better experience.

Terry: Great ideas! With all the talk of transportation in Central Oregon right now, it seems that mitigating traffic on Century Drive is yet another part of the conversation we should be having. Come on in for your gift card to Palate!