Some of you might have heard of the term "solutions journalism." The Ground Truth Project, which has a mission of serving "under-covered corners" of the U.S., defines solutions journalism as "focusing on what works, and how it's done." Other definitions of solutions journalism include shining a light on the ideas and actions intended to prevent a tragedy or other unpleasant thing from happening again. 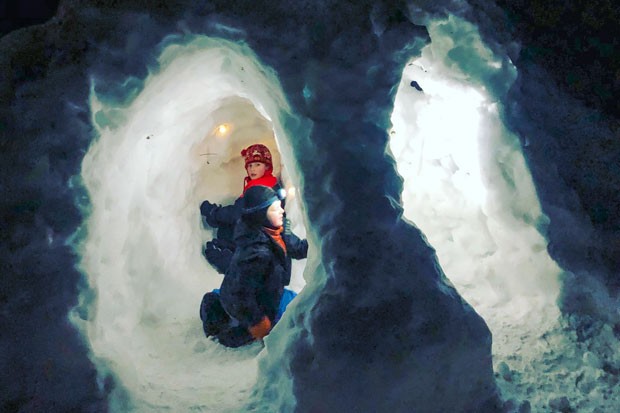 Traditional approaches have focused on looking at a problem and its potential solutions from a third-party perspective. With this week's cover story and its accompanying events, we want to go further. We aim not just to look at a problem, but also to be actively involved in the solution. As you'll read on page 8, our 2019 Woman of the Year shares about encountering a community problem. Together, we're working to alleviate it. It's a more active definition of what solutions journalism can be, and what roles media outlets can and should fill in a community. Telling people's stories is powerful; taking action to let people tell their own stories and to change a community's perspective—is, in my mind, even more powerful.

On Powder and Polka: More prescient than it seems

Kudos to Tim Neville for bold, innovative thinking on solutions to congestion on the Cascades Lakes Highway ("On Powder and Polka," 1/23). And to Terry Brabow for pointing out that the results sought from massive investments in infrastructure can many times be achieved through changes in policies instead (Letters, 2/6).

Tim's key observation on urban transportation has echoes across all cities in North America and, indeed, around the world. One that is highly relevant to Bend as we update our Transportation System Plan and vote on investments of an unprecedented scale.

"The answer isn't to pave more.... but to change the way we think about moving from A to B."

In the work to update the TSP, two findings stand out. First, no city in the world has been able to out-build the growth of its traffic and, second, making it easier to travel by car encourages exactly that habit. It's a zero-sum game. The need to "change the way we think" about urban mobility is now recognized by transportation professionals, urban planners and city leaders everywhere, resulting in bold decisions to invest in convenient, appealing and affordable mobility options that reduce reliance on the car.

Today, we're experiencing a revolution in transportation and cities the world over are facing into the reality that an urban car-centric model is not sustainable, not affordable and not desirable. Priority in investments is in finding a new model for urban mobility instead of trying to "out-build" traffic snarls.

This new model combines new modes of mass transit with policies to encourage trip consolidation, ride sharing, personal mobility devices and prioritizes community safety. One that broadens access to transit, lessens air and noise pollution, reduces the impact on the environment and shifts investments to reflect community wide mobility needs and not the car. This is the "change in thinking" that has changed investments in transportation systems elsewhere.

The balance of investments proposed for Bend is traditional. Twice as much funding to make it easier to travel by car as in all the other funding put together. Other cities see a new model for urban mobility as central to investments in their transportation system and for the livability of their city.

So, when you're crawling on Highway 97, stuck at a railroad crossing, circling Wall Street endlessly for a parking space or trying to even reach Cascades Lakes Highway on a powder day, remember "On Powder and Polka" and ask yourself whether we need to "change the way we think about moving from A to B" and direct our investments accordingly.

Or, prepare to join the other frogs in that slowly boiling, and very expensive, pot of water.

What the American public is witnessing now is how fascism takes over a country. It has been building since Reagan's tenure; then picked up speed with the Bush administrations. Trump is only the latest iteration and he would not have the power he has without the solid support of his enablers—the Republican Party leadership and their financial backers who believe they can keep him in check.

Yes, he and his cohorts will eventually implode, but unless there is strong resistance to his policies our country may have to face some extremely difficult and painful times before things get better. Many Germans thought they were free and life was better under Hitler's rule as long as they were able to turn a blind eye to the atrocities he and his minions committed. Then, when his empire collapsed, people claimed they didn't know any of the crimes had happened.

For those of us who lived during WWII and its aftermath, we are very concerned for our country.

And few are listening.

I like to consider myself a well-informed citizen. I watch CNN, FOX, MSNBC, BBC, NBC, etc. I read the New Yorker and Time every week. I listen to NPR and contribute financially. The Source is a weekly read and the Bend Bulletin is delivered daily. (Believe it or not, I still have time to exercise and interact with my wife and dogs.)

A recent poll of Trump supporters revealed that 90% of them get ALL their news from Trump's Twitter. If this is so, then our country is in a sorry state. It matters not which side of the aisle you are on; a well-balanced source of information is critical in making the right choices for our nation.

Hear, hear, Richard! Reading widely is a good thing—and reading a publication from front to back is a sure-fire way to avoid the algorithms that keep so much important information away from us. Come on in for your gift card to Palate!