Editor's note: Several months ago, a press release came across my desk, alerting us to a stat regarding the Bend/Sunriver area being the nation's fourth-highest area per capita for short-term rentals

Several months ago, a press release came across my desk, alerting us to a stat regarding the Bend/Sunriver area being the nation's fourth-highest area per capita for short-term rentals. That was interesting enough—and it was reported elsewhere—but the release didn't paint the full picture. 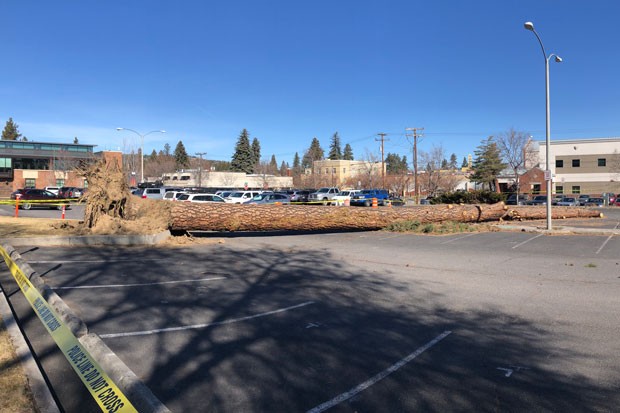 With an audit forthcoming and Airbnb guarded about its data, we're still grasping the fullest picture possible—but the result of our efforts thus far is this week's news story about a possible shortage in short-term rental income for the City of Bend, due to an apparent plethora of unpermitted rooms and homes. While it's taken some time, this is a subject—and a facet of the housing crisis—that takes some digging to fully understand. A City audit will paint an even clearer picture—but what we've uncovered so far has certainly been in line with what other cities have found with their own short-term rental programs. Stay tuned for much more on this developing story.

Thank you for covering the upcoming barrage of blight removal in the Bend Central District. My wife and I moved to Central Oregon in 2019 after five years in Detroit, Michigan, the epicenter of so-called "urban renewal." While we were there, we were consistently reminded that when some folks start boasting about redevelopment, it always means that other folks will be displaced—usually long-time, low-income residents. In Detroit, the subsidized gentrification is replacing older Black residents with young white professionals moving into new lofts. In Bend, who will be hauled out when Three Sisters Inn is transformed into the next hipster heaven? What will this mean for working families and beloved businesses like Colima Market? Who are the few wealthy white men who will benefit from this facelift? Let's connect these dots and tell the truth about how neo-liberalism works. In reality, cities and neighborhoods making a "comeback" are really collaborative, well-orchestrated, upwardly mobile strategies for wealth redistribution. Those who are trying to "make Bend great again" boast of benefits. The rest of us should demand that they start being clear about who will get left behind.

As I watch the delaying tactics of Republicans in the Oregon House and Senate with regards to SB 1530 and HB 4167 (legislation to cap and put a price on the harmful emissions generated by only the largest polluters in our state) I could almost laugh if it were not so frustrating. Now they are crowing about process, yet no bills have ever had this much work, this much input, this much public process. This legislation has been carefully crafted and amended to answer most reasonable objections. It has been worked on for more than five years, voted out of committees eight times, had four public hearings this year alone, and eight last year, a statewide tour of public townhalls including here in Bend where support for meaningful action was evident. It has gone through working groups, studies, debate, thousands of pages of testimony and a bi-partisan Joint Committee on Carbon Reduction.

Truly "unfinished business," this legislation needs to pass. The science is clear. We are in a climate emergency and we cannot continue to "fiddle while Rome burns." Oregon must do its part. Our air, our water, health and economy will benefit. Legislators, do your job!

NO on Transportation Bond

On May 19, Bend voters will be asked to approve a $190 million bond issue for "transportation improvements."  If you recall the previous attempt to raise money for this purpose (the failed gas tax) you may want to recollect the reasons it failed.  If you drill down to the specifics, the City is expecting you believe that this money will go to improve roads and intersections and to expand east-west corridors.  More specifically, it will be focused on projects at "Murphy Road and other U.S. 97/Parkway on/off ramps, intersections at Third Street, Olney Avenue, Revere Avenue, Butler Market Road, Empire Avenue, Wilson Avenue."  The one thing that these have in common is that it all occurs on the Eastside and areas where the vast majority of development is occurring and/or planned.  It does not, and will not, translate into improvement in existing roads.  You know, like paving, pot holes, etc.  I personally live on a dirt (not even gravel) street with 11 other houses, one block from Wall Street in town.  Linster Place has been there for over 100 years, receives absolutely no maintenance from the city, and most certainly won't benefit as a result of this bond.  The bottom line is that the bond issue fulfills one primary goal – enabling and facilitating the unsustainable growth in the city and subsidizing the development industry.  These folks will benefit by the continued under-funding of Transportation System Development Costs that is currently artificially held down to appease developers.  And make no mistake, these are the people who set growth and development policy for the city, NOT the Planning Commission or City Council, who merely go along.  If you are cool with this, then vote yes on the bond.

Last night was supposed to be a Susan Orlean night. New to Bend (from Cape Cod) I switched it up feeling maybe the "Love Your Neighbor" panel was a better way to get a sense of the—my—community. The experience was a rich one. I didn't think anywhere was more "whitish" than the Cape until I moved here. The Cape, I now realize, has a pretty rich heritage of Cape Verdeans, Brazilians, immigrants and Black heritage & Wampanoag history present.

Anyway, just being present for the exchanges and conversation made me feel at home more here. Diversity isn't just a race issue, of course, so "breaking it down" and opening up aspects of diversity is essential. I came with the mantra of "Beloved Community" first espoused by Josiah Royce and taken up by Dr. Martin Luther King. To me it is a beautiful [one] to carry in the heart. Big thanks to all!

Kathy—Thank you for the hand-written letter/card to the editor. I became intrigued by Royce's term after reading it, and found this quote in looking up more information on him:

"When one cannot find the 'beloved community,' she needs to take steps to create it and if there is not evidence of the existence of such a community then the rule to live by is To Act So As To Hasten Its Coming." I'd like to believe our partnership in creating the Love Your Neighbor forum series 'hastens its coming' here in Bend...