GUEST OPINION: Winners and Losers from the Premature Death of House Bill 4010

Beer. And coronavirus. And the Republican walkouts. And beer. This might be a small sampling of what goes through my mind as we're planning a special issue—like the Beer Issue—in the midst of some big news stories happening in our state. Our special issues let us shine a light on things our community loves, but the news doesn't wait. This week's issue is no different; you'll get some beer. And (news on) coronavirus. And the Republican walkouts. And more beer. Enjoy! 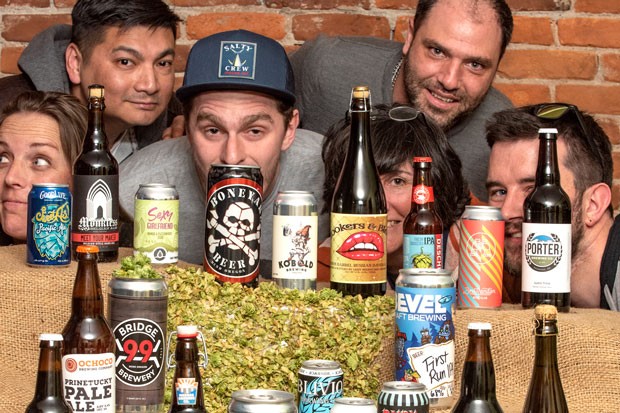 GUEST OPINION: Winners and Losers from the Premature Death of House Bill 4010

Until recently, it looked as though a tax subsidy for wealthy investors would finally have its day of reckoning. Oregon House Bill 4010 sought to pare back and make more transparent the so-called "Opportunity Zones" tax break. But a walkout by Republican lawmakers over climate change legislation imploded the 2020 legislative session, burying HB 4010 along with other important bills.

Here is who won and lost from the premature death of HB 4010.

Capital gains is the income of the ultra-rich. The top one-tenth of 1 percent of Oregonians — the richest one out of every 1,000 Oregonians — together collect nearly the same amount of capital gains income as the bottom 99 percent of Oregonians. If "Opportunity Zones" appear made for the ultra-rich, it is because they are. They are the brainchild of Facebook billionaire Sean Parker, who used his deep pockets to lobby Congress for this tax subsidy.

Loser: the vast majority of Oregonians

Loser: communities at risk of displacement

Not only is there no requirement that the investments benefit low-income residents, "Opportunity Zones" threaten to accelerate gentrification. That's the process where wealthier residents move into a previously low-income neighborhood, pushing up rents and, eventually, pushing out long-term residents — often people of color.

— Juan Carlos Ordóñez is the Communications Director for the Oregon Center for Public Policy (ocpp.org)

The Sent stagnant
Stress all around
What's it worth when you feel worthless?

Is fear the reason?

Control
remote or when present
has a toll
Ceases the flow

My strength doesn't equate to anyone else's weakness,
Let me make decisions
I am qualified for.

When my talents are not acknowledged
My excitement squashed,
vision becomes slavery
indentured
The colors of the rainbow fade to grey
the shades don't matter,
feel like going back to bed.
Weight like lead

If everyone had access to health care, then we would need more doctors, nurses and facilities. Imagine how that would boost the economy! Thousands of living wage jobs just waiting to be filled! Medical schools and specialty programs bursting at the seams! People getting the care they need right away before it becomes deadly or 10x as costly to treat! People no longer having to beg for help if they have a chronic illness or cancer! That is the vision I see. As the only developed nation without a proper health care system, we are embarrassingly behind the times. Insurance companies have been sucking the working people dry for too long. It is time for the books to close on their profiteering free-for-all. The people demand it. We will not stop fighting for it, regardless of the election results.

Thanks for the letter, Kay. Come one in for your gift card to Palate!


In the 2/26 story, "Room Tax Rift," the article did not include other ways transient room tax is allocated, beyond the City's General Fund. Four percent goes to police and fire and 31.2% goes to Visit Bend, the City's destination marketing organization. It also stated that vacation rental owners must purchase "a yearly operating license" for $275. Licenses cost $275 the first year; $200 every year after.

We regret the errors.