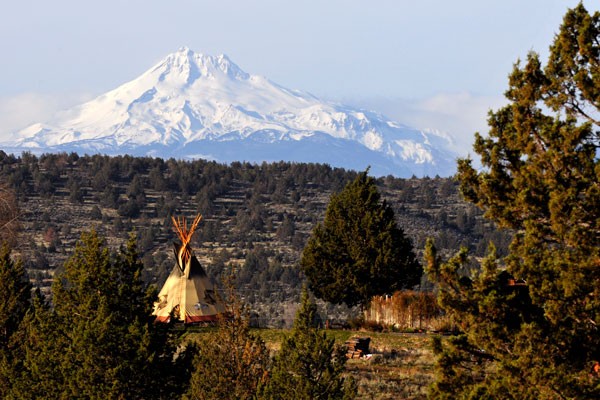 The real problem is not the people. People are invisible and have very little impact when they are in their home, be it a house, an apartment, a duplex unit or a dorm room. But, what is typically idealistic and unrealistic is to ignore the impact of their vehicles. You can wish and hope that the majority will be on foot or bicycle, in a bus or an Uber, but it will be a long time before they are not, as a majority, in their cars. The City requires one parking space per single room residence, and two per each multi bedroom structure. I'm a homeowner on the west side, and a partner in two duplexes on the east. The street on which I live is mostly devoid of cars parked in the street. The homeowners keep them in their garages. One block away in the same neighborhood is an identical street except for the fact that the single-family homes are mostly rentals. It is lined with cars in the street pretty much at all times. Why? Because the garages are full of stuff, not cars. Some have two car garages with three cars or more. This is compounded in areas of apartments and duplexes. In some cases a 3 bedroom yields three cars. You can legally put eight people (students?) in a four-bedroom house. That could be up to eight cars. Visitors add more. Just before writing this, I drove to the block where my rentals are located. It is a square block with 32 or so duplex units on it including both sides of all four sides. There were 45 cars parked in the street and I did not count the cars in the driveways. So you can hate that and wish it wasn't so, but it's not going to change for a long time. And as the college grows, it is going to get really ugly with people parking in neighborhoods blocks from the campus. It's really the core of the problem.

In response to Daisy Ryder (Letters) 3/15

Ah, Bend dog owners and their pets. As an avid trail runner they're easy to spot: Big, loud, smelly and yapping, they lick themselves and urinate all over. And then there are the dogs that have to put up with them. Used as photo props by the bearded puffy jacket army of Tinder clones ("love hiking, world travel, anything outdoors..."), these poor dogs are just status symbols caught in the middle of this superficial online dating trend. Maybe Daisy should put down the pellet gun and pick up a shovel and clean up after the "responsible dog owners" who are too busy taking selfies and making out with "Bear" to notice the steaming pile he just dropped. BTW, I've yet to see anything left behind by a cat around Bend, so this silly dogs vs cats thing - I call BS!!

Saddle Up. The Legend of Daisy Ryder

First off, I hope some hombre named Daisy Ryder didn't pull a fast one on a couple of tenderfoots over at The Source. A Daisy Red Ryder is an old model of B.B. gun. If he did, why... why, that would just be lower than a snake's belly! Bless your hearts.

Old Daisy's feathers got ruffled from months of reading about cats so now is the time for all good men to come to the aid of their backyard oases? Daisy's kind is legendary in these parts. You see, Daisy is likely a man. A man with issues.

Daisy doesn't like fat orange cats, so his reaction is to shoot them (Curiously, he probably voted for the fattest orange cat of them all in 2016). Angry old white man with issues. Annie, I mean Daisy get your gun!

Instead of dealing with an animal problem like a reasonable man, Daisy asks other Disgusted and Fed-Up People to join him in aiming for the eyes. Don't call animal control, that's big government. Let's form a posse! Like John Wayne! Revered by angry white males, Fox News copperheads and Tea Partiers alike as one of the greatest heroes in US history, the Duke, ever the birder, would never let a cat stand between him and a sweet songbird without a gun fight.

How many women do you know who would share their desire to shoot a cat in the eye? Not on the west side anyways. Nope, not ladylike. And I recognize the brand. Sure as shootin' he wandered off the angry old man ranch. How many women do you know who reach for their trusty pellet guns at the sight of a cat, let alone own a pellet gun? Exactly. And a Daisy Ryder? (Ok, maybe June Lockhart on the set of Lassie in 1954. But she would've used it to dig out Timmy who took the real rifle into the abandoned mine that just collapsed. Thanks Lassie, good girl!)

Speaking of girl power, so we have an old coot passing as Daisy and hoping to lead a band of vigilantes on a cat-le drive (sorry) no doubt riding sidesaddle into the high desert sunset. Then sitting around the campfire playing the dog whistle and trading cat killing stories with the boys. Head um up! Move 'em out! Cowpoke, you have till sundown to check yourself.

Daisy, you're no Ryder. You're a Duke. A man's man. Times have changed. You don't need to hide behind an alias. It's ok to be the cowboy or cowgirl of your dreams, Bend accepts you the way you are. Just put down the gun Daisy. It's only a cat. Try this: maybe slip into some leather chaps, open a cold sarsaparilla and watch Brokeback Mountain again. And leave the cat wrangling to the professionals. Now how's about you let Daisy Ryder set a spell and try Daisy Duke on for size. Nice fit huh partner? Giddy up go girl!

The gift card to Palate this week simply must go to Gabrielle for her humorous response to a letter that got more than its fair share of backlash directed toward us tenderfoots (in 2018-speak, "snowflakes?") at the Source. Way to use creativity and humor to share your opposing view, Gabrielle!

And as a reminder, readers, opinions published in the Letters section do not constitute an endorsement of said opinions. But here's our opinion: We'd take Daisy Duke over Daisy Ryder any day.