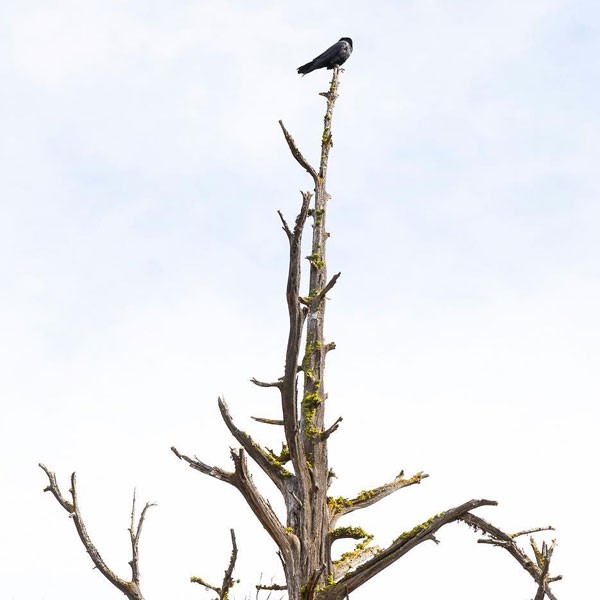 According to Aesop's fable, a lad tending his sheep in the fields thought it humorous to run home and cry "wolf!" "wolf!" The villagers rushed to the field to save their sheep. But, there was no wolf. The boy laughed because he had tricked his neighbors. A week later he thought it would again be fun to run home crying "wolf!" Again concerned neighbors rushed to the fields but, again, no wolf. Even later, the youngster still thought crying "wolf" was still a funny joke, as he rushed to the village for the third time. "Wolf!" Wolf!" he cried loudly and repeatedly. But this time nobody paid attention to him. Nobody believed him. Of course, he had to return to his flock. To his dismay, in his absence, a real wolf had killed many sheep. His lying had led to this disaster.

Why repeat an ancient story about telling the truth? We all know the tale. It is because the President of the United States, the most powerful person in the world, lies constantly...constantly without remorse or punishment.

Actually the shepard boy did not care not for his flock. The sheep bore the terrible price for his lies. Lying Trump cares not for his nation. Are we deafened to lies? You and I are already in jeopardy. The governance of this country now borders on the insane. The consequences are ours to bear.

Dear 15th Street Neighbors (especially those between Ithaca and Galveston),

I would like to apologize for my increased usage of your lovely street. Alas, my normal 14th Street route has been blocked by the obvious construction (not even a single local access only option). Nonetheless, your sleepy little street, which sweet children playing, and couples walking their dogs, has turned into one covered in dust with more traffic than designed, and certainly more congestion than for which you signed up.

For those of you who may not know, 15th Street is one of those where trees remind you of their presence by the rippled pavement, and a few graveled blocks are left untouched by the City.

Now, when I leave my neighborhood I am reminded of the true impact of traffic patterns and construction. The once pristine cars are now caked with dust, and front lawns favorited by children are vacant. This sight causes me to slow to a crawl in hopes of reducing the dust and say a silent apology.

I am so sorry for polluting your beautifully little street.

Sincerely, Your neighbor who would much rather be traveling via 14th Street — Sami K

In response to, "Police Make Arrest in Killing of Sunriver Swan" 4/27 at Bendsource.com

It annoys me that the cops were like "he just made a youthful mistake."

Dude, he's 23, NO ONE should be shooting at things they're not supposed to be shooting at, esp a nearly-extinct-in-this-state native animal.

In response to, "Portland Teacher Placed on Leave After Leading Student Walkout," 4/26 at Bendsource.com

I support the kids and teacher, however I would have been upset, as a parent, about the 'lie-in' of an intersection as well. Especially without permission. One angry driver is all it would have taken to put their lives in danger. They should have stood to the side and actively be there without possible harm. He's the teacher, he should have adapted the plan for the minors. As an adult, he could have laid down for them instead of with them.

I am looking forward to Earth Day on April 15 where the citizens of Bend will be encouraged to discuss important topics including the following:

At the current growth rate, Bend's population is destined to grow to over 180,000 before the end of the Century. What steps can be taken to slow this growth in order to protect our surrounding environment and loss of habitat?

Thousands of tourists visit the area every month creating wear and tear on the area's trails and campsites. What vision is being put forth by our political leaders to wean us off a tourist economy?

The overuse use of plastic is a huge problem in terms of disposal and its impact on wildlife. How can ordinary citizens influence companies to discontinue the use of plastic?

O' my gosh, I just suffered a time warp. This is 2018, not 1970, where such topics were discussed in many communities. Bend will celebrate by having a parade of "animals." Many will drive their three or four children (exceeds population sustainability) to the celebration in their gas guzzling SUV. Afterwards, they will return to a 3,000, or more, square ft. home. If they decide to recycle some of their waste, they will find the recycling companies are not taking an increasing number of materials because other countries are now refusing to take some of our waste.

Too cynical? Then consider how much environmental progress has been made in the world since 1970. True, we have higher water and air standards. But consider how much land has being paved over by development since the 1970s, with no end in sight. The U.S. population has increased by over 25 million since 1970 and will reach 350 million in a few years. How much solitude do you find at Smith Rock compared to the 1970s? How many of your favorite fishing holes on the Deschutes now have a home for you to contend with? How many of you wish for your children to live in a large urban community with the inevitable increase in crime, gangs, traffic congestion, crowded classrooms and loss of community? What is the future for elephants, tigers and numerous ocean animals, or our local mule deer, at current rates of environmental degradation? With this region and most of the world warming, how much leadership is being provided by state and local politicians? Maybe "Earth Death" would be more appropriate.

Dick, thanks for your (albeit cynical) reminder. Come on in for your gift card to Palate!