Curb your burgers, not your mammas, responses to... 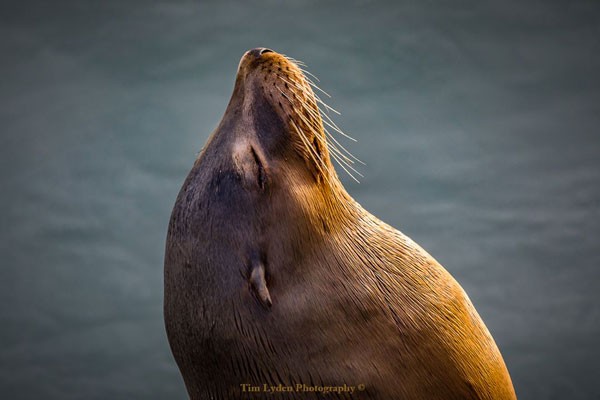 I saw on TV that the good ol' boys at the Oregon Department of Fish and Wildlife have decided to kill two wolves, one of which is pregnant.  Once again, King Cattle bullies the natural ecosystem into submission.

Understandably, cattle ranchers don't want wolves living near their herds. They will always prefer cattle to wolves roaming on OUR public lands. But it is not cattle ranchers who are responsible for the degradation and mutation of the natural Western ecosystem to a livestock monoculture. "Where's the beef?"

Beef-eating, self-proclaimed environmentalists might want to consider lessening their support of the century-and-a-half-long, complete and unquestioning dominance of Western public lands by King Cattle. Is it possible that otherwise environmentally aware people who claim to prefer wolves over cattle on OUR public lands are in psychological denial concerning their own involvement in sanctioned wolf killing?

Environmentally conscious people should evaluate their complicity with the "cattle good, everything else bad" Western Prime Dogma every time they chomp down on a hamburger.  For the health of the natural Western ecosystem as well as your own body, CURB YOUR BURGERS and FREE THE WOLVES!

In response to, "Central Oregon Now and Then" 4/11

I just wanted to say I enjoyed the article from Scott Stuemke on Where Bend Streets got their names.  I had always wondered if Bond and Wall were copies of New York so it was fascinating to read the history.  I am still curious of why Bend has so many "Market" streets. I hope that Scott can write on that in a future article since he writes is a very understandable and interesting style.

I'd love to NOT see rivers of water out in the streets running down the gutters because people don't have sprinklers and timers adjusted properly!!!

This article focuses on recycling from home in Bend from a private home with access to a recycling bin and is helpful in showing the journey of our waste.

However, I've often wondered why there are no public recycling bins available for visitors in the public spaces in Bend? This isn't a Bend specific observation, as many major cities seem to have very thorough residential and commercial programs, but the downtown areas are only equipped with one all-purpose garbage bin, which inevitably becomes a graveyard of iced coffee cups, La Croix cans, and takeaway lunch containers. Any thoughts on the lack of public recycle bins?

In response to, "May Election Endorsements," on 4/19

Far from enhancing Bend's vision and influence, I fear that adoption of Measure 9-118 (direct election of Bend's mayor) may prove to be counterproductive and damaging to local democracy. Most worrisome is inclusion of the term, "political head of City government" in the ballot title. What does this mean? Where is the definition?

Here is an example of what may go wrong:

A slim majority of the current Bend City Council supports the city's Climate Resolution, which is non-binding and entirely dependent on private funding, but, nevertheless, was a hard won victory achieved in large part by young grassroots activists. But, suppose local special interests donate hundreds of thousands of dollars to elect their own hand-picked mayor, who, then, uses his power and influence to ignore the Climate Resolution. This conflicted mayor, then—in opposition to public sentiment—goes on to promote Bend as a city with environmentally unfriendly transportation and construction policies. Sound like something an unchecked "political head" might do? Well, do I need say, "Just look at the White House?"

The elected mayor concept is a pale remnant of the original mission and purpose of the charter review committee, whose dedicated citizens stumbled a bit in their bid to roll out what might have been their crowning accomplishment, namely, councilors elected from wards.

A mayor elected at large might have made sense in the context of a ward system of government—maybe something for the next charter review effort to consider. While they are at it, I would love to see three additional reforms:

(1.) Bend should join the hundreds of cities nationwide that impose strict limits on campaign donations.

(2.) Bend should ease up on requirements that make it virtually impossible for citizens to qualify ballot initiatives and to recall public officials.

(3.) Bend should have a City Council chamber capacious enough to accommodate the growing numbers of citizens getting woke and involved in local civic affairs.

With the summer season coming around the corner, with hotels, motels, resorts, and vacation rental being a part of many people's trips, I thought I'd reach out here about something that many people don't think about, so hopefully I can bring awareness to it. I am currently a house keeper at a small but very popular resort in Oregon. The majority of our guests are from Bend as well as all over Oregon and the west coast. We rent full furnished cabins and houses. Its mind blowing the conditions people leave these very beautiful places in and don't think about leaving any kind of compensation, apology or anything. That tipping housekeepers isn't as much of mainstream as it is for food servers, is perplexing, especially when housekeepers do and clean up so much more (and get a glimpse of how people live). In our society it is almost required to tip 10 or up to 20 percent of our bill to servers; we even tip our massage therapists, beauty industry workers, even our dog groomers get tipped, well mine does, but the invisible housekeeper does not for the majority of the time. But when we don't tip other industry workers we are made to feel like jerks. Of course its anyone choice to tip or not to tip, but if you're a tipper, just a heads up when you're staying in places where you know you're not cleaning up your messes and where the gratuity isn't included in your bill, maybe leave a little thank you tip and try to remember all housekeepers are working hard to make it nice for everyone who is on vacation. P.S. I gladly tip all service industry workers.

Have a great summer, be tipsy

Hey Ms. Busch: Thanks for the "tip." Come on in for your gift card to Palate—consider it a thank you for the hard work you do as a member of the service industry in Central Oregon.

And Eddie: I just had my first Impossible Burger. It was really good. Change is nigh!