Huntin' in neighborhoods and where's your dictionary? 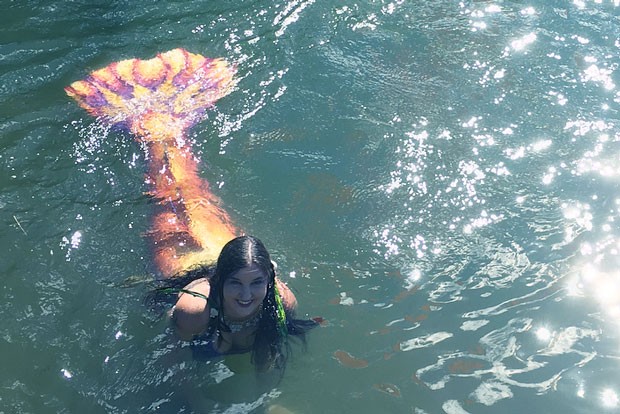 I am not someone that writes or calls to complain about every little concern, or annoyance, but I guess this is my time. I wanted to contact you regarding an issue that is very serious.

Last summer, and now again this year, just this past weekend, people in my neighborhood are shooting guns all hours of the night going after small deer that roam through the area and bring their fawns. I realize that there are no CC&R's [Covenants, Conditions & Restrictions] in this area, but I have a 6 year old son and people randomly shooting at deer (or bows and arrows as they did last year) is VERY dangerous to say the least.

A man was shooting bows and arrows last September at a young buck right where our mailboxes are located. He shot one and it came into my back yard to hide, the man banged on my door insisting he and his young son of about 11 "finish him off." State Trooper was called in and proclaimed it animal abuse and not sporting by slaughter. He was shocked and he was a State Trooper.

My son got to go through that traumatic event. Now he thinks when deer come in the back of the house shooting will ensue and is afraid, well I can't blame him I am too. Everyone seems to take this as normal and in stride here I am very confused.

I know that people in Central OR are for the most part pro hunting, but am I nuts or is this also illegal poaching??? Out of season and no permit? And CC&R or NOT shooting bullets and arrows where people live? Homes, back yards, children playing?

People are also shooting deer in Sunriver at the golf course. My sister, friends, have seen this first hand.

NO one wants to say anything about all of this, I guess I have to be the bad guy and speak up.

I don't want to be shot, especially I don't want my son shot, or people/children in the neighborhood. I don't want the deer hunted mercilessly out of season and VERY young animals barely past fawn.

Please at least think about what I have said, it's all true and can be verified.

In response to, "Medical Community Supports Shift in School Start Times," via Bendsource on 5/25

One of my son's teachers (in 2005) said that he wished high school wouldn't start until 9-10 am. He stated that his first three periods were always toughest.

This discussion was due to the fact that my son (a student athlete) kept falling asleep in his 1st period class.

I do not believe that this is a "snowflake" issue. If you're honest with yourselves, you'll remember sleeping until noon on the weekends when you were a teenager. I don't buy that every human is/was a lazy teenager.

Glad that there is some serious discussions about this. I don't think it will happen, mainly because of high school sports and our 8-5 culture though.

The times are dictated by the bus system which many of the students don't use anyway. I have been part of that huge traffic jam in the mornings and afternoons as the parents drive their kids to school and home. It is ridiculous to have a bus system that doesn't make it easy for children to get to school. Did you know that they don't pick up kids within a mile from the school? Tell me why that is. Have you any idea how much of the school budget goes to this poorly run system? I would love to see that number.

In response to, "Why Are We Okay With Ordering a Teen to Pay $36 Million for the Eagle Creek Fire?," on Facebook 5/22

If you read the article it was not intentional and at 15 no-one uses the prefrontal cortex properly especially boys. He's a boy. Yes he caused a horrible forest fire but it was never intentional. Plenty of witnesses and kids being stupid. This is sad he has this debt. I agree his community service should be in giving back and making personal restitution but not at the tune of 36 million dollars oh yeah....at 15 he only has to pay 10 years and never make a mistake again....that's called putting a noose around his neck. I'm heartsick for his family and him. Where is our compassion for others and a simple mistake... read the article. The forest was long overdue for a burn... some of this fault could be the Forest Service or the state for not maintaining the forest. My heart breaks he's carrying such a heavy burden. I pray for everyone involved.

By the time this boy pays back the balance of what is owed, that money is worthless. A much better form of restitution would be community service, planting trees and doing trail/grounds maintenance to help repair and rebuild what was destroyed. He has a great lesson to teach other kids about respecting our forests, something he could travel to school and teach... instead his message is going to overshadowed by bad publicity. The trees will return and the ground will recover... it will take time but it will happen. This kid on the other hand is going to have his entire life ruined, the rest of his days as a marked man, because of a stupid decision. What implications for the rest of his life will there be?

What was he did wrong? Absolutely. Should we be outraged? YES. But marking this kid for the rest of his life, and asking him to do nothing more than pay back money he'll NEVER be able to pay in full, isn't doing anything more than making a statement to appease the people involved the lawsuit. I feel sorry for this kid... I'm pissed at what he did to a beloved place that I used to work and recreate... but this lawsuit and the money is a joke and in no way makes me feel better. Amanda Stamper, I totally agree with you too... why should this kid pay for the lack of forest management that allowed these trees to grow dense and become an easy target to begin with??? Great point.

Where is your dictionary?

In a sub-head on this week's Source cover - "more flights to Redmond belie Central Oregon's boom" - belie is exactly the opposite word for your intent. Here is a simple definition from vocabulary.com: "To belie means to contradict. If you are 93 but look like you are 53, then your young looks belie your age."

Yes, I'm picky about such things, but so should be The Source.

Viki: I could use this moment to get picky about the multiple misspellings in your letter to the editor—but I won't. Instead I'll just say, yes, you are correct. For that you get this week's gift card to Palate. #editorfail